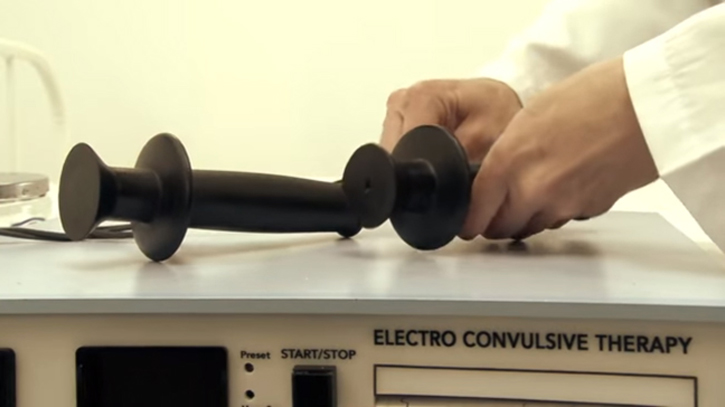 “CCHR is concerned over the number of children being given such a potentially damaging procedure, including dozens aged five or younger, when they have no legal power to consent. This is even more problematic if the child or youth is autistic.”

A newly released Public Service Announcement (PSA) by mental health watchdog Citizens Commission on Human Rights International (CCHR) raises awareness about the use of electroconvulsive therapy (ECT), also known as electroshock. The group is especially concerned about this being given to children and those diagnosed with autism, which has been featured in recent media reports. “Electroconvulsive Therapy — The Facts about ECT” is the latest in a series of public information actions CCHR has undertaken warning that the electroshock device has never had clinical trials proving its safety and efficacy. Serious adverse reactions linked to ECT and reported to the Food and Drug Administration (FDA) includes brain damage, memory loss, cognitive damage, cardiovascular complications and deaths, including suicide.[1]

The group says that ongoing adverse events warrant the device being taken off the market under Section 516 of the Food, Drug and Cosmetics Act. This authorizes the FDA to ban devices that present “substantial deception or unreasonable and substantial risk of illness or injury.”[2] CCHR said psychiatrists have been using media to “market” the use of electroshock, especially for autism, and are deceptive in that ECT can put recipients at risk of potentially life-threatening effects.

In the first three years of mandated reporting in Texas regarding electroshock use, 21 patients were reported as having died soon after receiving ECT. From June 1993 through August 1994, eight deaths were reported among fewer than 1,700 ECT patients, according to a Citizens Petition filed with the FDA Commissioner supporting a ban on the device. In 2006, a further three patients died soon after receipt of ECT, and in 2008, five more died out of only several hundred that received it.[3]

Under the Code of Federal Regulation on Medical Device Reporting, an ECT device manufacturer must report to the FDA any incident where the device may have caused or contributed to a “death or serious injury” within 30 days of receiving such information. There has been criticism of the ECT device manufacturers not filing these reports, called Manufacturer and User Facility Device Experience (MAUDE), with the FDA, especially where they involve death.[4] However, seemingly under public pressure, latent severe incidents were reported to the FDA, received on Feb. 23, 2018, including two deaths and other adverse reactions, as follows:

CCHR is concerned over the number of children being given such a potentially damaging procedure, including dozens aged five or younger, when they have no legal power to consent, stating that this is even more problematic if the child or youth is autistic. The ECT device, which sends up to 460 volts of electricity through the brain, is not FDA-cleared to be administered in the treatment of autism or self-injurious behavior sometimes associated with it.

Deceiving Those Autistic & Their Families

CCHR stresses its enormous empathy for parents seeking alternatives to institutionalizing their autistic child that may be self-harming, but said they may not be aware of reports that the long-term effects of ECT on children exhibiting self-injuring behavior are unknown. Neither the FDA nor the UK’s National Institute for Health and Care Excellence recommend ECT for use on those under 18 years old. FDA specifies there’s a lack of evidence for efficacy or safety in those younger than 18.[12]

A MAUDE report filed with the FDA in February raises concern over several patients that following ECT, experienced withdrawal, retinal detachment or recurrence of symptoms, including delirium, depression, catatonia, self-injury and aggression — symptoms that can be experienced in autism.[13]

According to one autism blogger, there’s not enough known about the development of autistic brains to know how the common side effects of ECT, such as memory loss, affects autistic people. It is experimentation on how to punitively stop “behaviors,” while not addressing the factors behind those behaviors, including chronic pain, illness or sensory onslaught.[14]

The courageous and compelling story of Carly Fleischmann exemplifies this. As People reported in November 2017, Carly was diagnosed at age two with autism and oral-motor apraxia (inability to perform particular purposive actions, as a result of brain damage), which makes her unable to speak.[15] Carly rocked, flapped her hands and was prone to meltdowns which her parents and therapists called tantrums. She was described as “mentally retarded” by her psychologist who told her parents she would never progress past the developmental stage of a 6-year-old.[16] At the age of 10, however, she had a breakthrough when she communicated for the first time by typing on a keyboard.[17] After this, she has learned to express herself and communicate with others by typing, joined Facebook and Twitter where she posted frequently, ran several blogs and co-wrote a book with her father Carly’s Voice: Breaking Through Autism.[18]

Carly said she was subjected to Applied Behavior Analysis (ABA), an approach very similar to dog training in which subjects are forced to perform tasks and, on completion, receive a reward. She attributes this approach to her developing “Obsessive Compulsive Disorder” (OCD) and cited an article that said people with autism who undergo ABA have their days run for them from the minute they wake up to the minute they go to bed. “This regiment routine gives the child or participant no control over their own life.”[19]

And it was this that led to her being subjected to electroshock in 2014, supposedly to treat her OCD (for which it is not FDA-cleared to treat). Her Tweets and Facebook posts stopped for a year. As a result of the ECT, she lost her language skills. All communication became garbled and incoherent.

In a Facebook post, she wrote: “i cabnt typerc anymmyore ectt didfd thisds to meed brayiin is scrrammbellld needdc fdocttor helphgfi,” which was interpreted as “I can’t type anymore. ECT did this to me – brain is scrambled – need doctor – Help!” Seven weeks after her post, her father admitted that Carly suffered from aphasia (loss of language skills due to brain damage) following the electroshocks. It took about a year and a half to recover.

Fleischmann’s inspiring story aired in a November 2017 telecast of “Night of Too Many Stars,” a celebrity-packed fundraiser hosted by Jon Stewart for autism programs in partnership with NEXT for Autism. Guests included Robert De Niro, Chris Rock, Adam Sandler, Sarah Silverman and John Oliver.

In support of a ban on the use of electroshock on children, CCHR cites U.S. Code 34 USC 11181, point (d) regarding “Experimentation on Individuals.” It says no government appropriations can be used to carry out behavior control experimentations or research intended to modify anti-social behavior with methods including ECT, which involve “a substantial risk of physical or psychological harm to the individual subject.”[20]  When used on those with autism and on children, this Code strengthens the concern that the device carries with it “substantial risk.”

CCHR adds that the FDA has never required the ECT device manufacturers to produce clinical trials proving safety and efficacy for what is a Class III high-risk device. The device is still on the market, CCHR claims, because it is a quick but highly lucrative procedure. A recent JAMA study claimed that an ECT treatment costs between $300 and $1,000, with five to 15 treatments, followed by 10-20 “maintenance treatments” — a financial windfall of between $3.5 and $5.4 billion annually for the mental health industry, when factoring in psychiatry’s assertion that 100,000 Americans are electroshocked every year.

A U.S. psychiatrist, who has long fought his colleagues for a total ban on ECT, recently told BBC News that the result of electroshock treatment is “a traumatic brain injury.” He further explained: “The electricity not only travels through the frontal lobes – that’s the seat of intelligence, and thoughtfulness and creativity and judgment – it also goes through the temporal lobes – the seat of memory. You are damaging the very expression of the personality, the character, the individuality, and even, if you believe in it, the expression of the soul.”

CCHR urges finding non-damaging approaches to helping children and the autistic, especially as the damage that electroshock causes may prevent safe alternatives from being successful. It also encourages people to report any knowledge of ECT damage by logging onto the FDA site. They can also sign the online petition supporting a ban on ECT.

[15] “22 Year Old Nonverbal Woman with Autism on Finding Her Voice and Advocating for Others,” People, 15 Nov. 2017, https://people.com/human-interest/22-year-old-nonverbal-woman-with-autism-on-finding-her-voice-and-advocating-for-others/