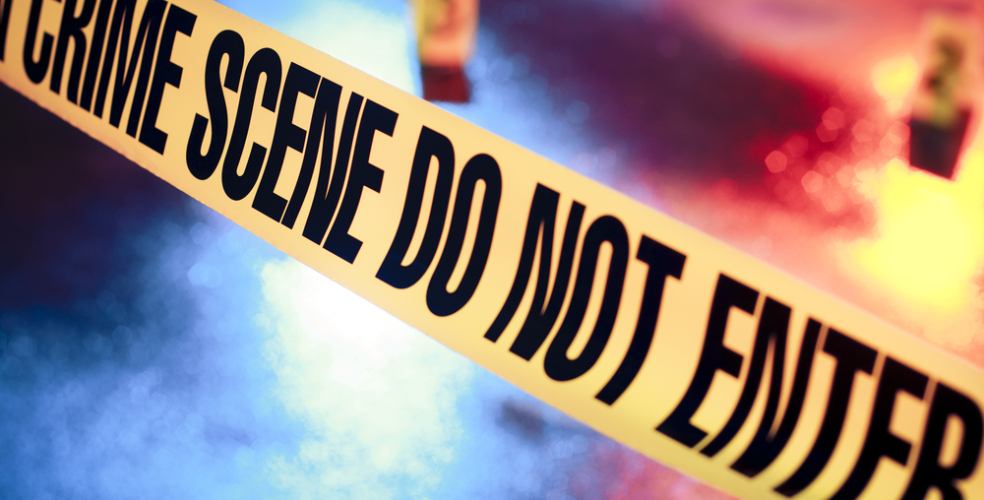 “CCHR warns that mental health screening and the inevitable resulting increased psychotropic drug prescriptions will not only escalate state budgets for no equitable or positive return—decreased violence—but more importantly, will put more students, teachers and the community at risk of increased violence.” — CCHR International

By CCHR International
The Mental Health Industry Watchdog
May 29, 2018

In the wake of recent senseless acts of violence, especially in schools, the mental health watchdog Citizens Commission on Human Rights International (CCHR) urged state authorities and educators not to adopt “mental health screening” in schools in the false hope that it could prevent the violence. Such screening could exacerbate the issue if it leads to children being prescribed psychotropic drugs, CCHR says. Independent of CCHR, Dr. David Healy, an international expert in psychopharmacology, estimated that 90 percent of school shootings, over more than a decade leading up to 2012, were linked to SSRI antidepressants (e.g., fluoxetine, paroxetine, sertraline, etc.).[1] Dr. Healy further warned: “Violence and other potentially criminal behavior caused by prescription drugs are medicine’s best-kept secret.”[2]

In an international study released earlier this year, CCHR documented 36 school shootings and school-related acts of violence that date back to 1988. All of the crimes were committed by people either taking or withdrawing from psychiatric drugs. The end result was that 172 people were wounded and 80 were killed, according to the study and, as covered recently by the online news service, The Blaze. Read the report here.

Recent cases have reinforced CCHR’s position. On May 20, police charged a 62-year-old father with first-degree murder after they say he intentionally drove his Jeep into a North Carolina restaurant, killing two family members. He had gone into the restaurant with the family before he excused himself. Family members were eating appetizers and assumed the man had got up to use the restroom. Moments later, he slammed his vehicle at a high rate of speed into the area where he knew his family was seated. According to the man’s pastor, he was prescribed antidepressants as well as anti-anxiety medication. He allegedly told the pastor that he was taking them properly and that he was seeing a psychiatrist, as well as his family physician.[3]

On May 19, The West Australian reported that an Australian grandfather, aged 61, shot dead his wife, daughter and four grandchildren within weeks of starting an antidepressant. According to the article, the newer antidepressants “boost serotonin levels in the brain” and “in rare cases, they can contribute to extreme violence, murder and suicide, particularly in the first few weeks they are taken.” A family friend told the newspaper, “I feel for the sake of society that these mind-altering drugs should be exposed as dangerous.”[4]

It is these dangers—covered in drug regulatory agency warnings and by many experts in CCHR’s study, “Psychiatric Drugs Cause Violence and Suicide,” that educators and state official need to be aware of, CCHR says.

In the wake of the terrible shooting tragedy at Santa Fe High School in Texas, leaving ten dead, Texas Gov. Greg Abbott hosted roundtable discussions in the hopes of developing solutions to improve school safety statewide. Whether the Texas shooter was taking psychotropic drugs or not for his alleged disturbed behavior, there are concerns that Texas may want to implement wider mental health screening which, while sounding optimistic could simply fuel the problem.

The Texas Criminal Justice Division of the governor’s office provided $565,000 to the Telemedicine Wellness, Intervention, Triage, and Referral (TWITR) Project at the Texas Tech University Health Sciences Center to identify junior high and high school students most at risk for committing violence in schools and intervene before it happens.[8] The grant term was between September 2014 and August 2016. Through the program, at-risk students at 10 West Texas school districts who showed aggressive or harmful behavior were identified and then screened for potential psychiatric services.

Since its launch, more than 400 students have been referred to the program, with 200 getting screened for alleged anxiety, depression, loneliness, isolation and whether they’re prone to violence or violent thoughts.[9] This is an astounding figure, CCHR says, considering that psychiatrists admit they have no means of predicting violence. In an article in the Rutgers Law Review, Henry Steadman and Joseph Cocozza also concluded, “There is no empirical evidence to support the position that psychiatrists have any special expertise in accurately predicting dangerousness.”[10]

Further, psychiatrists’ diagnostic methods are subjective and several screening methods have extraordinarily high false-positive rates—i.e., a high risk of being erroneously labeled with a mental disorder and drugged.

Karen Effrem, MD, a pediatrician and president of Education Liberty Watch (formerly Ed Watch), points out a number of problems with the project. “While federal, state, and local officials are trying to improve student safety in the wake of the tragic Parkland, Fla., school shooting [and now Santa Fe High School shooting], the heightened concern over student mental health has greatly increased efforts to screen students for mental health issues.”[11]

Dr. Effrem stated, “There are so many problems with the foundation of these programs, it is difficult to know where to begin. Let’s start with the admitted subjectivity of mental illness diagnostic criteria. As the latest version of the American Psychiatric Association’s (APA) diagnostic handbook was about to be published, Dr. Dilip Jeste, APA’s president at the time, admitted: ‘At present, most psychiatric disorders lack validated diagnostic biomarkers, and although considerable advances are being made in the arena of neurobiology, psychiatric diagnoses are still mostly based on clinician assessment.’” In other words, as Thomas Insel, former Director of the National Institute of Mental Health said, psychiatric “diagnoses are based on a consensus [vote] about clusters of clinical symptoms, not any objective laboratory measure.”[12]

Dr. Effrem cited the World Health Organization (WHO) that addresses how complicated it is to diagnose children and teens: “Childhood and adolescence being developmental phases, it is difficult to draw clear boundaries between phenomena that are part of normal development and others that are abnormal.”

“The accuracy of mental screening instruments is also important to discuss given that both programs are doing mental screening in the schools. The Columbia Suicide Screen has a false positive rate of 84 percent. Others recommended by the American Academy of Pediatrics have false positive rates of 71 percent and 59 percent,” Dr. Effrem further stated.

Additionally, the drugs prescribed to treat childhood/teen disorders, such as SSRI antidepressants, “are associated with suicidal thoughts and attempted suicide in children and teens. In fact, these medications are under the FDA’s black box warning, the agency’s most serious warning short of a ban. The SSRI drugs are also associated with violent reactions, including murderous rampages like school and other mass shootings,” Dr. Effrem points out.

Often antidepressants are combined with other classes of psychotropic drugs like antipsychotics. Says Dr. Effrem, “However, these other drugs have very serious additional side effects, including permanent abnormal movements, brain damage, obesity, diabetes, and heart attacks.” Therefore, “using mental screening and medication for these issues is like trying to put a bandage on a broken leg.

A renowned side effect of antipsychotics (and sometimes antidepressants) is akathisia (a, without; kathisia, sitting—an inability to keep still). As CCHR’s report covers, “It’s a torturous condition where the sufferer feels an incredible, irresistible restlessness that creates constant repetitive movements like pacing, rocking back and forth or swaying. This side effect has been linked to assaultive, violent behavior.[13] The person may experience violent, aggressive impulses or feel suicidal, although they often can’t pinpoint the source of their distress, even though it can feel unbearable.”[14] In CCHR’s study of more than 60 acts of violence, antidepressants were referenced about 48 times; benzodiazepines/sedatives about 12; antipsychotics and stimulants (methylphenidate) at least six times each (some perpetrators took multiple psychotropic drugs.)

Texas already has a history of adopting dangerous psychiatric recommendations, namely the Texas Medication Algorithm (flow chart) Project (TMAP) developed in a collaborative effort between the pharmaceutical industry, prominent University of Texas psychiatrists and state officials in the department of mental health.[15] Texas initiated the TMAP drug protocol in 1997, recommending the prescription of the newer more expensive psychiatric drugs, especially antipsychotics. The Texas health department received almost $6 million in contributions from a pharmaceutical company and other parties to implement TMAP. The psychiatrists in charge of determining the TMAP guidelines all had major ties to the pharmaceutical companies that funded its development. TMAP meant crippling health care costs, with Texas Medicaid spending on five antipsychotic drugs skyrocketing from $28 million in 2002 to $177 million in 2004.[16] Lawsuits eventually put an end to TMAP.[17]

CCHR warns that mental health screening and the inevitable resulting increased psychotropic drug prescriptions will not only escalate state budgets for no equitable or positive return—decreased violence—but more importantly, will put more students, teachers and the community at risk of increased violence.

[3] “Man Who Crashed Into Restaurant Killing 2 Was Severely Depressed: Pastor,” wfmynews2.com, 21 May 2018, https://www.wfmynews2.com/article/news/local/man-who-crashed-into-restaurant-killing-2-was-severely-depressed-pastor/83-556684229.

[5] “Prescription: concentration. The number of prescriptions for Adderall is rising, as is the number of students using the drug for academic and recreational purposes,” Oregon Daily Emerald, 2 May 2005; “Man who Shot Child Sues Drug Company,” Herald, 23 Sept. 2000.