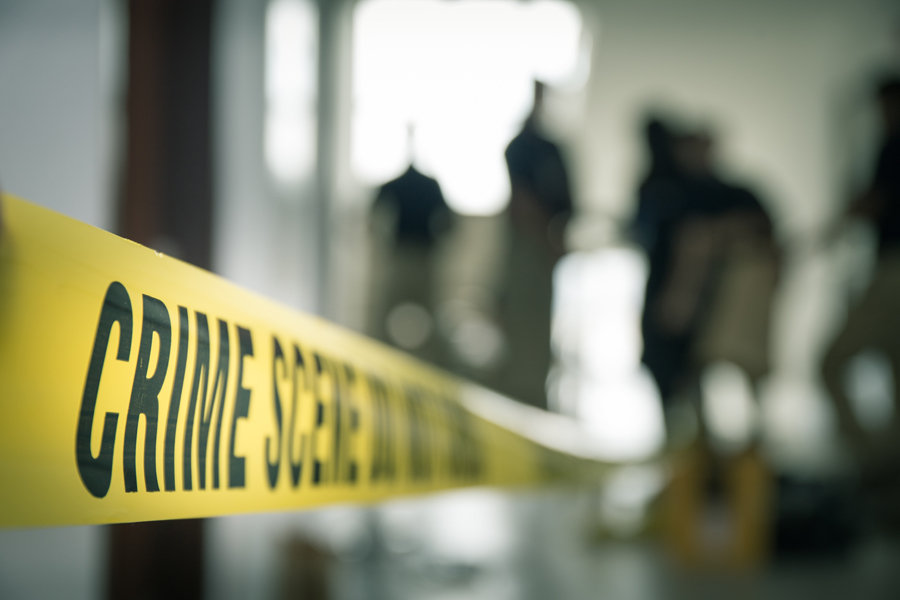 Mass murderer Devin Kelley was treated at Peak Behavioral Health while it was owned by UHS, the nation’s largest psychiatric hospital chain under Federal investigation since 2013.

On November 5, 2017, 26-year-old Texas Church Shooter Devin Kelley killed 26 people and injured 20 more, with victims ranging in age from 18 months to 77 years old.[1] From a very early age Kelley was taking prescription psychotropic drugs, which the Food and Drug Administration’s (FDA) Adverse Event Reporting System has linked to homicidal ideation, homicide, physical assaults and abuse, and other violence-related symptoms.[2] And while media have reported that Kelley had escaped in 2012 from a psychiatric facility, Peak Behavioral Health Services facility in Santa Teresa, New Mexico, none have reported that at the time of his hospital admission, it was owned by the controversial Universal Health Services (UHS).[3]

UHS, which owns the nation’s largest chain of psychiatric facilities, has for years been plagued with complaints of abuse, understaffing, assaults and sexual abuse in its behavioral facilities. At the time of its ownership of Peak Behavioral, the facility’s revenue was approximately $14 million, according to a UHS 2012 report.[4]

Texas killer, Kelley, was in the Air Force in 2012 and was to be court-martialed, accused of assaulting his wife and fracturing his baby stepson’s skull.[5] While awaiting his court martial, the Air Force sent him to Peak Behavioral Health which had a dedicated unit for service members and veterans. According to The Daily Mail, prior to his escape he reportedly bragged to other patients at the facility that he had purchased multiple firearms in an online shopping spree. While there, he was given drugs for depression, anxiety and ADHD. Three days later, on June 7, 2012, he escaped.[6] Police officers captured him just over the state line in El Paso, Texas, and returned him to the UHS hospital for a couple more weeks before the military picked him up for his court-martial.[7]

It is unclear exactly why he was put in to the facility.[8] However, Rick Rousseau, a retired Army Colonel and Judge Advocate for 27 years, told NBC Channel 2 in Houston that he is not surprised that Kelley may have been in a behavioral facility in the midst of his legal battles. “It would be a normal course of negotiation that he had been in behavioral health in advance of going to court,” he said.[9]

UHS bought Peak Behavioral Health from Psychiatric Solutions Inc. (PSI) in 2010, accepting PSI’s then legal liabilities involving a lawsuit that filed by shareholders over allegations that PSI failed to sufficiently staff its facilities, resulting in alarming incidents of abuse, neglect, and even death of its patients, and downplayed the significance of these events when they became public.[10]

Since then, similar allegations have been levelled at UHS’s behavioral, facilities, most recently in a BuzzFeed News exposé of Hill Crest Behavioral Health in Bermingham, Alabama. This described a culture of violence, showing internal videos of staff members beating and dragging their young patients. Allegations of punitive psychotropic drugging were also made. According to one nurse that BuzzFeed News interviewed, “The techs would come in: ‘So-and-so is getting me on my nerves watching TV and won’t quit talking; come over here and give her a PRN’” — a shot that could contain a sedative such as Ativan or an antipsychotic like Haldol.[11]

Several days later, Senator Charles Grassley, Iowa Republican who chairs the U.S. Senate Judiciary Committee, responded to the BuzzFeed News allegations against Hill Crest, stating: “Facilities that receive federal funding can and must be held accountable. Grassley said he planned to write a letter to the Department of Health and Human Services “to determine if the incidents and practices in question were isolated or pervasive.”[12] It’s the third time Senator Grassley has publicly condemned various UHS behavioural hospitals and called for investigations.

In October, Timberlawn behavioral health hospital in Dallas, Texas, also came under scrutiny after years of undergoing state investigations. This time, a 13-year-old girl under its care was raped by another patient.[13] The girl’s father told The Dallas Morning News, “This can’t happen to anyone else. The place needs to be shut down.”[14]

It is hoped that law enforcement will thoroughly investigate Kelley’s treatment at Peak Behavioral Health and how he was able to both buy guns while hospitalized and his ability to escape. While UHS no longer owns the facility, the treatment Kelley was given and why it failed him at the time should be included in any investigation of his recent murderous events.

Fox News reported that a former middle school classmate said Kelley would complain about his parents and medications during school. “His parents had him on high doses of ‘psych’ meds from 6th to 9th grade, the time I knew him,” said the student, who wished to be identified as Reid.[15]

The Daily Mail quoted Kelley’s best friend during their teen years, Ralph Martinez, who also said Kelley took prescription pills for ADHD for as long as he could remember.[16]

Martinez and his girlfriend flew to New Mexico and spent a long weekend with Kelley and his wife, Tessa, for Kelley’s 21st birthday. Martinez said, “While we were in New Mexico at one point my girlfriend saw some prescription pill bottles in their kitchen and asked Tessa what they were for. Tessa said that they were Devin’s prescription pills that he needs to take them for his aggression.” [18]

Dave Ivey, who identified himself as Kelley’s uncle, said he attempted to contact Kelley hours before the shooting after seeing a troubling Facebook post on Kelley’s page that said, “He wasn’t thinking correctly and his head hurt.” Ivey said he private messaged Kelley, asking if he was OK, but didn’t hear back.[20]

Although there can be numerous reasons for mass murder, violent crime and suicide, with just as many solutions proposed to curb it and funding poured into its prevention, senseless acts of violence continue unabated. Seventy dead and more than 500 injured between the Las Vegas concert shooting on October 3 and Kelley’s church shooting on November 5, 2017 alone.

A review of scientific literature published in Ethical Human Psychology and Psychiatry regarding the “astonishing rate” of mental illness over the past 50 years revealed that it’s not “mental illness” causing increased acts of violence, but, rather, the psychiatric drugs prescribed to treat it.[21] Mental disorder is not a predictor of aggressive behavior, but rather the adverse effects of the drugs prescribed to treat it. 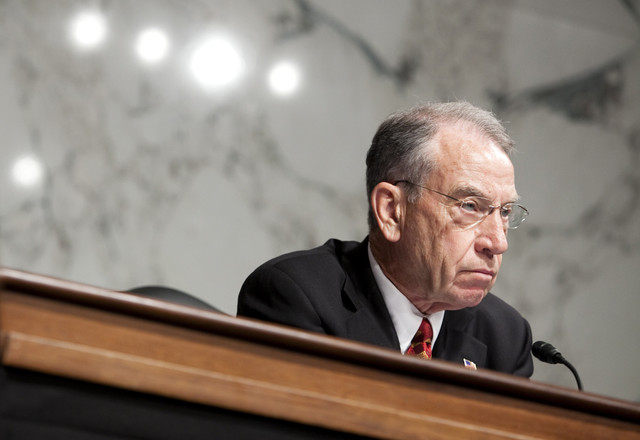 The fact that Kelley was also treated at a UHS behavioral facility may be coincidental but exposure of this comes at a time when 27 of UHS’ behavioral facilities under investigation, with the Office of the Inspector General for the U.S. Department of Health and Human Services (IOG-HHS) has served subpoenas on numerous UHS behavioral facilities, requesting records dating back to January 2008, according to UHS’s SEC Filings filed on November 8. The Department of Justice (DOJ) Criminal Frauds Section is also investigating the chain and under its civil division, there is a False Claims Act investigation focusing on billings submitted to government payers in relation to services provided.[22]

Independent of Kelley’s past links to UHS’s Peak Behavioral Health, in the wake of the most recent mass murders, legislative hearings should be held to fully investigate the correlation between psychiatric treatment and homicidal violence and suicide. No sooner was Kelley’s shooting over, than Kevin Janson Neal carried out his 45 minute shooting rage on November 14, 2017, killing four in various locations in the community, including the Rancho Tehama Elementary School in California. Neal’s sister, Sheridan Orr, said her brother had a history of mental illness (which is usually treated by psychotropic drugs and brain-damaging procedures) and may have been a drug addict.[23]

A telling question is, of those committing mass shootings or violent acts, how many had never had a history of violence or a criminal past before they were prescribed a mind-altering drug?  And did that send them on a path of uncontrollable aggression? A thorough investigation could determine if this were the case in a percentage of people taking psychiatric drugs.

[6] “Texas shooter bragged he bought dogs on Craigslist for ‘target practice’ and purchased guns online while in mental hospital before his escape,” The Daily Mail, 9 Nov. 2019, http://www.dailymail.co.uk/news/article-5068087/Texas-shooter-bought-dogs-target-practice.html#ixzz4y4yHY5Uk

[16] Alan Butterfield, “EXCLUSIVE: ‘He was like a brother to me… how could he be capable of such evil’: Texas church shooter’s teenage best friend tells how he cut all ties when Kelley was convicted of domestic abuse,” Daily Mail, 6 Nov 2017, http://www.dailymail.co.uk/news/article-5056797/Texas-church-shooter-s-teenage-best-friend-tells-all.html.

[18] Alan Butterfield, “EXCLUSIVE: ‘He was like a brother to me… how could he be capable of such evil’: Texas church shooter’s teenage best friend tells how he cut all ties when Kelley was convicted of domestic abuse,” Daily Mail, 6 Nov 2017, http://www.dailymail.co.uk/news/article-5056797/Texas-church-shooter-s-teenage-best-friend-tells-all.html.

[21] “Anatomy of an Epidemic: Psychiatric Drugs and the Astonishing Rise of Mental Illness in America,” Ethical Human Psychology and Psychiatry, Volume 7, Number I, Spring 2005. http://pt.cchr.org/sites/default/files/Anatomy_of_an_Epidemic_Psychiatric_Drugs_Rise_of_Mental_Illness.pdf.