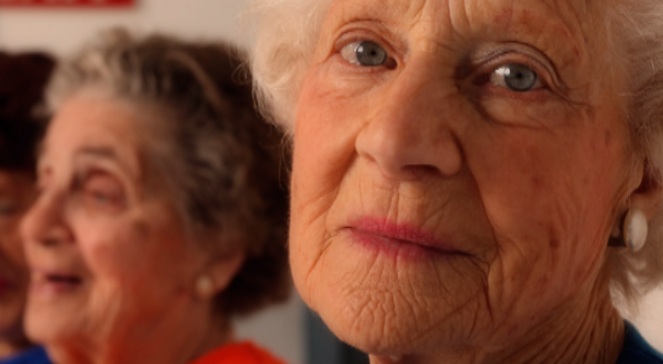 "The state has a duty to ensure that our most vulnerable citizens, including the elderly and individuals with disabilities, are treated in a manner that protects their health and safety and preserves their quality of life." — AARP TEXAS

Following a United Nations Health report this month that recommends mental health care moving away from the biomedical model, CCHR reviews the U.S. plan to reduce the 1 in 5 elderly in nursing homes being drugged with antipsychotics while tens of thousands are also electroshocked. The group is calling for more protections for the elderly.

The Journal of the American Medical Association (JAMA) published a study on June 15, 2017 reporting on the progress of the U.S. plan launched by the Center for Medicare and Medicaid Services (CMS) in 2012 to reduce antipsychotic drug use in nursing home residents.[1] There has been a 33 percent relative reduction (from 23.9 to 16.0 percent) in the prevalence of antipsychotic use among long-term nursing home residents over the past five years.[2] However, the mental health industry watchdog, Citizens Commission on Human Rights International (CCHR), said that with an estimated 270,000 nursing home residents still potentially given antipsychotics, usually to suppress behavior issues that can go with Alzheimer’s disease and dementia, greater initiative and protections are needed.[3] CCHR is also concerned by figures released by Medicare, the primary source of insurance coverage for individuals over the age of 65 that show more than 125,500 ECT treatments were delivered in one year.[4]

Federal law prohibits the use of antipsychotics and other psychoactive drugs for the convenience of staff, often called “chemical restraint.”[5] AGovernment Accountability Office (GAO) report released in March 2015 found a high number of antipsychotic prescriptions was still a major concern since the Food and Drug Administration (FDA) had warned that antipsychotics can increase the risk of death for certain people with dementia. “While a large proportion of prescriptions for antipsychotic drugs in this population are used to treat behavioral symptoms, these drugs are not approved for this use, and antipsychotic drugs have health risks,” according to the GAO.[6] The officials noted that while the Department of Health and Human Services (HHS) had taken steps to address the use of these drugs in nursing homes, more outreach was needed educate people about the hazards of prescribing them.[7] 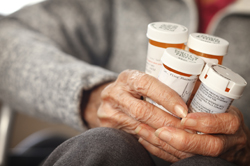 “The misuse of antipsychotic drugs as chemical restraints is one of the most common and long-standing, but preventable, practices causing serious harm to nursing home residents today,” – Toby Edelman, Attorney, Center for Medicare Advocacy in Washington, D.C.

“The misuse of antipsychotic drugs as chemical restraints is one of the most common and long-standing, but preventable, practices causing serious harm to nursing home residents today,” noted Toby Edelman, an attorney at the Center for Medicare Advocacy in Washington, D.C.[8]

In 2011, the Inspector General of HHS released a report titled “Medicare Atypical Antipsychotic Drug Claims for Elderly Nursing Home Residents.” It focused on “atypical” (newer) drugs administered to residents 65 and older who spent more than 100 days in a nursing home and billed costs to Medicare over a six-month period. It found that 83 percent of the claims were for “off-label” conditions — or those not medically approved; 88 percent were related to dementia — a use specifically warned against in an FDA black box warning.[9] The CMS program to reduce antipsychotic use was then launched in March 2012.

Bringing this to national attention in January 2017 was the AARP Texas report called “Intolerable Care: A snapshot of the Texas nursing home crisis,” which said CMS ranks Texas at 41 among the nation’s worst offenders in administering antipsychotics.[10] AARP called for greater federal and state sanctions against nursing home facilities that violate regulations and resident protections.

The Center for Medicare Advocacy, a nonprofit law organization, analyzed the continued overuse of antipsychotics in nursing homes. It found that in 2016, more than 270,000 nursing home residents were still being liberally drugged. The Center decried it as elder abuse and “a national scandal.”[11]

Medicare Part D, a prescription drug program, paid roughly $363 million in 2012 for antipsychotic drugs prescribed for older adult Medicare Part D enrollees with dementia, according to the GAO report.[12] Quetiapine fumarate, risperidone and olanzapine were the most commonly prescribed antipsychotics for older adults with dementia comprising approximately $246 million in plan payments. Quetiapine fumarate accounted for 146,868 elderly or 48.7 percent of the antipsychotic prescriptions, costing $158 million. Risperidone was given to 100,108 people, representing 33.2 percent and $24 million[13] 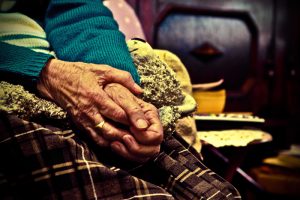 “ECT is especially devastating to the vulnerable brain and body of the elderly….As would be predicted based on the fragility of the older brain, ECT causes more severe brain dysfunction in the elderly.” – Ethical Human Psychology and Psychiatry

In addition to high psychotropic drug prescriptions given the elderly, the use of electroshock therapy, also known as ECT, that sends up to 460 volts of electricity to the brain, is still used on the elderly. Medicare reported over 21,260 people given electroshock in 2014. More than 125,500 ECT treatments were delivered.[20] Between 2012 and 2014, the program paid $29.6 million to physicians (not including anesthesiologists that render the patient unconscious before treatment) for administering and monitoring ECT.

ECT usage is likely much higher given that one Florida facility alone treats approximately 125 patients a year with electroshock, including those in their 90s, at a cost of  $1,000-$2,500 a treatment—or potentially up to $2.5 million a year, if each was given eight treatments.[21]  There are over 400 psychiatric facilities in the U.S. that administer ECT and the electroshock industry is estimated up to $2 billion a year in the U.S. The treatment is considered by many to be dangerous with CCHR posting an online petition against its use.

In 2011, Ethical Human Psychology and Psychiatry reported “ECT is especially devastating to the vulnerable brain and body of the elderly….As would be predicted based on the fragility of the older brain, ECT causes more severe brain dysfunction in the elderly.”[22]

AARP Texas points out that “The state has a duty to ensure that our most vulnerable citizens, including the elderly and individuals with disabilities, are treated in a manner that protects their health and safety and preserves their quality of life.” Nursing homes, it says, are regulated by the state and federal governments for these purposes. The federal government can level sanctions against those homes that violate such regulations. The AARP report says those sanctions “need to be significant enough to serve as a deterrent to future violations.”[24]

This is important given that this month, the United Nations Special Rapporteur on the right to health, Dr. Dainius Pūras, called for a revolution in mental health care around the world to “end decades of neglect, abuse and violence.”[25]​

Cecilia Cavuto with the Department of Aging and Disability Services also provides good advice, CCHR says, “By eliminating antipsychotics we’re improving the health of the residents and by providing providers with alternate tools and therapies we’re providing better care as well,” Ms. Cavuto said.[26]  For the protection of the elderly, those alternatives must also exclude the use of electroshock, which CCHR continues to call to be banned. It also encourages people to become better informed about treatment adverse effects and report any violations and abuses in nursing homes or behavioral facilities. Psychiatric abuse can be reported to CCHR here.​ 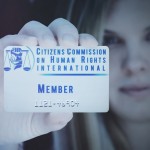 As a nonprofit mental health watchdog, CCHR relies on memberships and donations to carry out its mission to eradicate psychiatric violations of human rights and clean up the field of mental health. Become part of the world’s largest human rights movement that has helped enact more than 180 laws protecting citizens from abusive mental health practices.

[4] Medicare Provider Utilization and Payment Data: Physician and Other Supplier, Centers for Medicare and Medicaid Services, CY 2012 through CY 2014, https://www.cms.gov/research-statistics-data-and-systems/statistics-trends-and-reports/medicare-provider-charge-data/physician-and-other-supplier.html.

[8] “Antipsychotics in Nursing Homes: These dangerous medications are prescribed at an alarming rate without the patient’s consent,” AARP, Aug. 2004, http://www.aarp.org/health/drugs-supplements/info-2014/antipsychotics-overprescribed.html.

[16] Martha Rosenberg, “The Most Popular Drug in America Is an Antipsychotic and No One Really Knows How It Works,” Alternet, 13 Nov 2014, http://www.alternet.org/most-popular-drug-america-antipsychotic-and-no-one-really-knows-how-it-works; http://www.lifeextension.com/magazine/2012/10/the-fda-exposed-an-interview-with-dr-david-graham/page-01    David Graham’s testimony was before Congress in November 2004.

[20] Medicare Provider Utilization and Payment Data: Physician and Other Supplier, Centers for Medicare and Medicaid Services, CY 2012 through CY 2014, https://www.cms.gov/research-statistics-data-and-systems/statistics-trends-and-reports/medicare-provider-charge-data/physician-and-other-supplier.html.