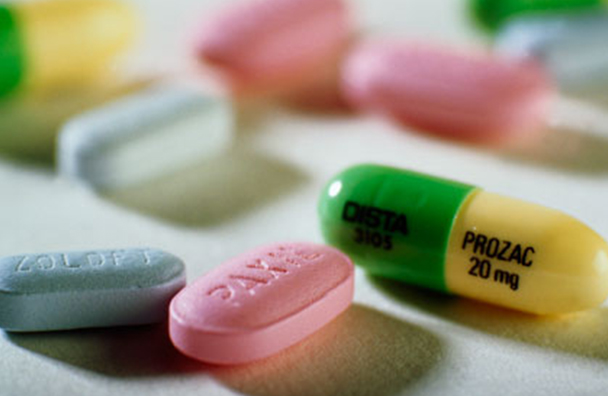 “CCHR says lessons are not being learnt from such tragic deaths as Naika’s and other children, and more effective legislation is needed. The FDA should withdraw any approval for pediatric antidepressant use because of the high risk of suicide.”

Mental health watchdog Citizens Commission on Human Rights (CCHR) is calling for the Food and Drug Administration (FDA) to prohibit antidepressants being prescribed to those younger than 25 because of the risk of suicide. CCHR is responding to a Miami Herald article on March 23, 2017 about 14-year-old Naika Venant, who hung herself on Facebook Live on January 22nd this year.[1] The Miami Herald’s investigation found that Naika had had her dose of the antidepressant Zoloft doubled only 45 days prior to her suicide. Yet in 2004, the FDA had issued its strongest warning against prescribing antidepressants to children because the drugs are linked to suicidal thoughts and completed suicides.

A psychologist treating Naika at age 12 had also warned against “filling the 12-year-old with pills, because the medication she was taking ‘sometimes can cause the side-effect of depression,’” according to the Miami Herald.

Further, the Miami Herald reported: “During the next 18 months, however, Naika’s doctors reached for the prescription pad again and again, increasing the dose of an ADHD medication [Adderall, later Vyvanse], and adding another drug, Zoloft, records indicate…Naika had been prescribed both drugs when she took her own life on Jan. 22, hanging herself in the bathroom of her foster home while streaming the suicide on Facebook Live. The Zoloft dose had been doubled on Dec. 8, records show.”

The Miami Herald filed a petition in Miami-Dade Circuit Court, asking for the release of thousands of pages of records regarding Naika’s care and treatment. Documents charted “Naika’s path from a too-chaotic childhood to a too-soon death,” according to the newspaper.

Watch: By 1991 Antidepressants were known to
cause violence & suicide

CCHR was one of the first groups to expose antidepressant-caused suicide and violence, obtaining an FDA hearing into this in 1991. However, half the FDA Advisory panel members hearing expert evidence and heart-wrenching stories from families who lost loved ones after they began taking Prozac had financial ties to antidepressant manufacturers. It took 13 years of pressure from CCHR, parents, doctors, attorneys and Congressmen to get the FDA to order its strongest “black box” warning that antidepressants could cause suicide in children and adolescents.

In the early 90s, CCHR filed Freedom of Information requests with the FDA over Prozac’s Adverse Drug Reactions (ADR) which established that four year olds had attempted suicide while on the drug. CCHR also purchased IMS Health’s database on psychotropic drug use in the U.S. and found that in 2013, over 46,100 two to three year olds were on antidepressants; a further 26,406 were aged one or younger.[2] CCHR says this shows that prescribing psychiatrists and physicians are not heeding the FDA warnings, which necessitates stronger action.

Naika was under the care of the foster system at the time of her death. In a submission to the Committee on Ways and Means, U.S. House of Representatives in 2014, which was investigating psychotropic drugging of foster children, CCHR recommended there be a national investigation into how prescribing psychiatrists caring for foster youth be monitored for their prescription practices and the potential harm to youths. Psychiatrists prescribe 93 percent of the drugs dispensed to foster care youths, according to a Pediatrics article in 2008.[3]

Legislation passed in California in 2016 now requires the Medical Board of California to conduct an analysis of prescribing patterns of psychotropic drugs to foster care children and to take appropriate action where necessary.[4] Ms. Sonya Muhammad, a former social worker with the Los Angeles foster care system wants the administration of psychotropic drugs that “causes emotional, mental or physical abuse or injury or endangers the child’s health or life” to be investigated as potential “child abuse.”

Other tragic drug-suicide cases include:

CCHR says lessons are not being learnt from such tragic deaths as Naika’s and other children, and more effective legislation is needed. It says the FDA should withdraw any approval for pediatric antidepressant use because of the high risk of suicide. Anyone who knows of any psychiatric abuse can report this to CCHR.