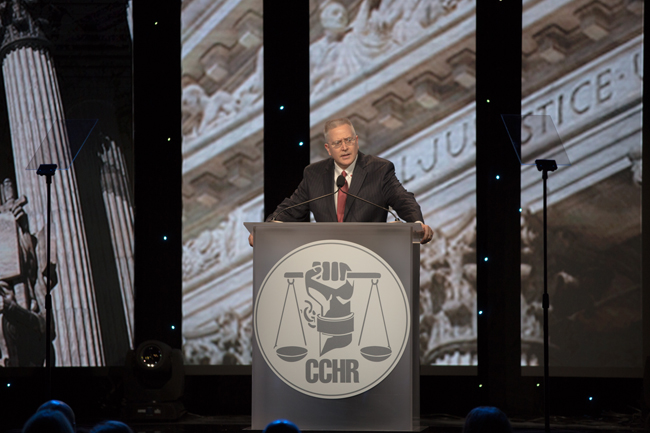 “ECT devices are a throw-back to an age of primitive torture, of ignorance and barbarism.... This past year CCHR has done more than any other organization to fight against FDA’s indefensible proposal to make Electroshock Therapy devices far more available for psychiatric use.” — Jonathan Emord, Esq., Constitutional attorney and 2017 CCHR Human Rights Award recipient

A prominent constitutional attorney, a psychologist and a licensed counselor were all recipients presented with Human Rights Awards at the 48th Anniversary celebration of the mental health watchdog, Citizens Commission on Human Rights (CCHR). The event, held in Los Angeles on March 4th, included hundreds of guests from around the world honoring the awardees for their work in the field of mental health reform.

Among his accomplishments, Constitutional attorney Jonathon W. Emord is currently challenging the U.S. Food and Drug Administration’s (FDA) bizarre and dangerous proposal to reduce the risk classification of the electroshock treatment (ECT) device, which would make the brain-damaging procedure more widely used, including endangering children.

Mr. Emord has defeated the FDA in federal court more times than any other attorney in American history, earning him the title, “FDA Dragon Slayer.”[1] He is also the American Justice columnist for USA Today Magazine.[2]

In accepting the award, Mr. Emord said, “ECT devices are a throw-back to an age of primitive torture, of ignorance and barbarism, where bludgeoning those with depression and psychoses into a lack of consciousness and awareness was considered therapeutic.  This past year CCHR has done more than any other organization to fight against FDA’s indefensible proposal to make Electroshock Therapy devices far more available for psychiatric use, a move that would expand the horrors and compound the problems facing patients in need…Electroshock must be banned.” 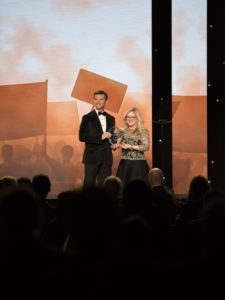 Dr. Toby Watson, a clinical psychologist from Wisconsin, was another awardee. He is the former Chief Psychologist for the State of WI-Department of Corrections-KMCI, and the past International Executive Director of the International Society of Ethical Psychology and Psychiatry (ISEPP).  He has submitted written testimony and research to the FDA on the dangers of SSRI antidepressants and ECT; he has testified before the Congress of Mexico against psychotropic drugging of children and for 15 years has educated the courts and people about the harmful outcomes of psychiatric treatment, including how psychotropic drugs can cause violent and suicidal behavior.

He thanked CCHR for honoring him with the award but added, “In reality, I should never be in a position where I’ve had to challenge the false, misleading and blatantly unethical, fierce behavior by so many psychiatrists, psychologists and their drug companies.”

CCHR, he said, “does incredible work fighting for not only our society and our children, but our children’s children.…I look forward to the day we stop diagnosing childhood as a mental illness” and to see many other professionals in the mental health system recognize that no child should be subjectively labeled with a “disorder” and drugged. 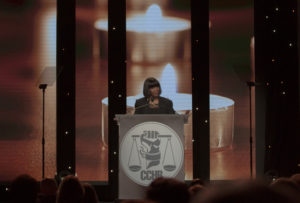 Third award winner, Sonya Muhammad,  is a former counselor and social worker who blew the whistle on the psychiatric drugging of children in the Los Angeles foster care system where she worked for 12 years.  In a powerful video presentation of her work, she details how children were removed from their homes, traumatized and falsely “diagnosed” as mentally ill so that they could be put on psychiatric drugs.  She spoke of the fraudulent psychiatric assessments given these kids, including two-year olds that were labeled with “bipolar disorder” because they didn’t return a ball when it was rolled to them. She challenged the system and has now written a model regulation she wants  State Foster Care systems to adopt and introduce that would define the harmful psychotropic drugging of foster care kids as “chemical abuse,” prosecutable under state child abuse laws.

In accepting the award, Ms. Muhammad said: “This is an amazing honor. About ten years ago, I was introduced to CCHR, who was the first to show interest regarding my concerns about the rampant psychotropic drugging of foster youth.  I have always felt free to say in their presence, that I see these practices of administering dangerous drugs to children, as a careless, selfish, and criminal offense against precious young lives, which have no voice and no power.

“When CCHR notified me that I had been selected to receive this award, I was very excited. But when I reflected on the fact the children are still being drugged, I knew we had more work to do… CCHR is the leader in fighting for these practices to be outlawed entirely.”

Their work, she added, is a “phenomenal effort to save the minds and lives of thousands of children both nationally and internationally. Thank you CCHR for your courage, commitment, your leadership, and diligence.” 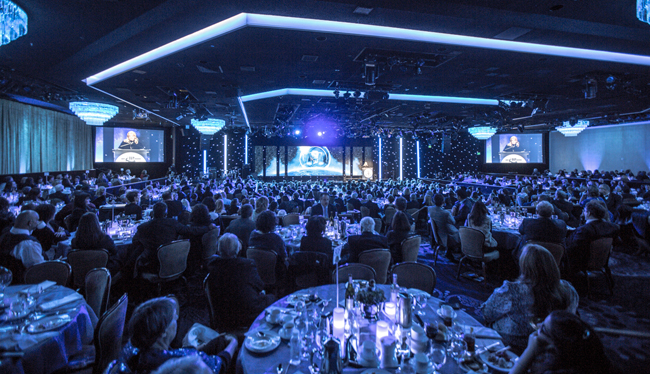 Jan Eastgate, President CCHR International, said that CCHR was formed in 1969 in alignment with the United Nations Universal Declaration of Human Rights, which “is a general agreement that we all have the right to life and liberty, to be free from torture and degrading treatment and have equal rights before the law.”   The Church of Scientology established CCHR, along with world-renowned professor of psychiatry and author, the late Dr. Thomas Szasz.  CCHR was formed exclusively to exposing psychiatric violations because, while human rights abuses are evident in many different fields, none are more condoned, as extensively funded, and legally protected, as those in the mental health field.

She said that CCHR is currently investigating and has filed thousands of complaints to state and federal agencies and legislators about the massive fraud and abuse in the for-profit psychiatric industry, which is also endangering lives.

CCHR International is committed to and is continuing to work on: