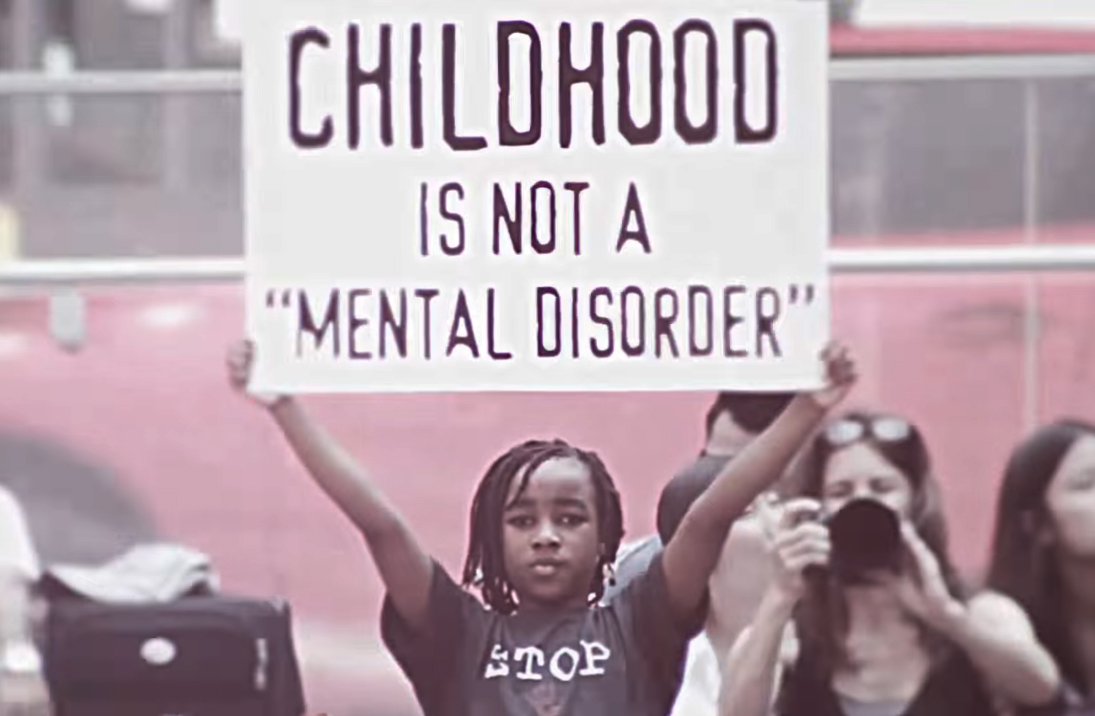 “CCHR wants to raise awareness and increase the rights of parents to refuse to have their child treated and damaged by psychiatric drugs.”

November 19, 9:30 am, gathering on Heerengracht St near the Media 24 building in Capetown, South Africa

Hundreds of South Africans will protest the psychiatric labeling and drugging of the country’s children at a march being held on 19 November outside the Cape Town International Convention Center.   South Africa exceeds America in the rate of children prescribed stimulant drugs that experts say are more potent than cocaine. And despite a 2005 “Drug Alert” from the South Africa Medicines Control Council about SSRI antidepressants putting adolescents at increased risk of suicide, children and adolescents are still prescribed the drugs throughout South Africa.

The march coincides with a World Psychiatric Association Congress being held at the Convention Center and is organized by the Citizens Commission on Human Rights (CCHR), a mental health industry watchdog group and Rev. Fred Shaw, Jr., a former Los Angeles Sheriff and past president of the Compton, California branch of the NAACP.  Joining them are the National Khoisan Kingdom and traditional healers, along with concerned doctors, nurses, teachers and parents. The Children’s Rights March will culminate in a rally and opening of CCHR’s world acclaimed Traveling Exhibit: Psychiatry: An Industry of Death at the Castle of Good Hope, once a fortress, at 12:00 pm.

CCHR warns against the WPA’s Congress theme “Psychiatry: Integrative Care for the Community” which it says is disingenuous given the fact that there are now 20 million children and infants worldwide being prescribed and damaged by psychotropic (mind-altering) drugs.

For example, the use of Ritalin and other drugs to treat “Attention Deficit Hyperactivity Disorder” (ADHD) was reported in January 2014 as soaring among primary school children in Nelson Mandela Bay, Eastern Cape province. A local pharmacist reported an increase of nearly 50% in Ritalin prescriptions over the previous year. South African students also snort and swallow Ritalin to get high. They call the drug “smarties,” “rit” or “kiddie cocaine.”

The WPA’s Congress is sponsored by Pfizer and Janssen, pharmaceutical companies that have made billions of rand from marketing psychotropic drugs over which they’ve been sued:

It will be the second trip to South Africa for Rev. Shaw, who helped CCHR present written testimony in 1997 to the Truth and Reconciliation Commission Hearing. He warned then of the risks of South Africa following Western psychiatric trends, labeling children with “Attention Deficit Hyperactivity Disorder” (ADHD) and prescribing stimulants such as Ritalin or antidepressants for “depression.”

As President of the NAACP, he lobbied the U.S. Congress alongside CCHR International to obtain the Child Medication Safety Act, which now gives parents the right to refuse psychiatric drugs for their children as a provision for attending school. In 2005, The State of the African American Male and the Congressional Black Caucus Foundation honored Rev. Shaw as one of its recipients of the MEN WHO CARE AWARD.

CCHR wants to raise awareness and increase the rights of parents to refuse to have their child treated and damaged by these drugs.

We cannot allow this to happen.

CCHR South Africa asks people to join in the march to help save children. You can march with CCHR and others to protest the WPA annual convention in downtown Cape Town, South Africa on Saturday, November 19, 2016.

Start: 9:30 am—Gather across the road from the CTICC building and Media 24 building, in front of the circle on the island.