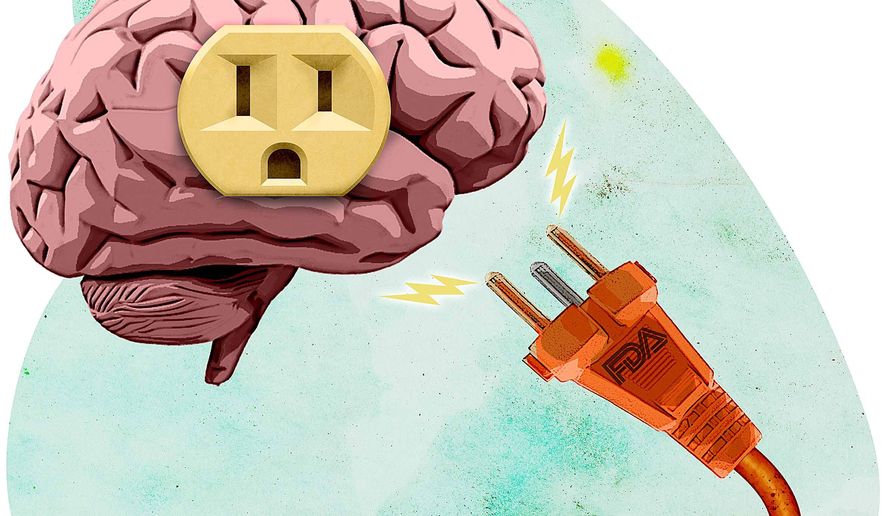 Downgrading the brain injury risks from shock therapy is unjustified

Most would find incredible the notion that forcing up to 450 volts of electricity into a person’s brain to induce a grand mal seizure would not pose a high risk of catastrophic brain injury, yet the Food and Drug Administration (FDA) presumes, without the benefit of scientific proof, that the long-term effects of Electroconvulsive Therapy (ECT) pose no high risk for psychiatric patients.

Indeed, FDA has proposed that ECT be more readily available to patients with major depressive disorders. After decades of deeming shock therapy high risk Class III (requiring pre-market approval applications and full-blown clinical trials in proof of safety and efficacy), the FDA plans to deem it intermediate risk Class II (requiring only general and special controls from companies already marketing the devices). Instead of bowing to industry and expanding use of this barbaric “treatment,” FDA should ban ECT altogether.

After rejecting lobotomies in light of their horrific consequences, the FDA still clings to shock treatment, despite an equally long and tragic history. Refusing to demand proof of ECT safety and efficacy, the FDA has rejected its review panel’s recommendations to keep ECT in Class III, bending instead to industry by allowing marketing of the devices without pre-market approval, based solely on “special controls” that depend on listings of potential adverse effects in labeling and informed consent forms.

The supposed protection afforded by requiring informed consent from the mentally ill is no protection at all. In fact, many undergo shock treatment against their will following involuntary commitment, thus never having the option of informed consent. Many others have their judgment impaired by psychotropic drugs. Moreover, how can demand for informed consent mitigate the actual harms caused by ECT? FDA has no answers.

University of Pennsylvania professor of neuroscience Peter Sterling explained the damage caused by ECT in testimony before the New York State Assembly on July 18, 2001. He said, “Electroshock delivered to the skull is basically similar to what you … get out of an electrical wall outlet, except that there is a transformer in the ECT … that steps up the voltage.” Administered “two or three times a week for weeks,” ECT “causes … grand mal epileptic seizures,” an “acute rise in blood pressure, well into the hypertensive range” and “hemorrhages in the brain.” “[W]herever a hemorrhage occurs in the brain, nerve cells die, and they are not replaced.” “ECT … rupture[s] the blood brain barrier,” exposing “nerve cells in the brain to chemical insults that can kill them,” leading to “swelling of the brain,” which causes “local arrest of blood supply” and “loss of oxygen” and “death of neurons.” ECT “causes neurons to release large quantities of glutamate,” which “excites further neuronal activity” with neurons killing “themselves from over activity” and with injury manifesting itself in “retrograde memory loss.”

All patients who receive ECT suffer memory loss and cognitive impairment with many, if not most, experiencing severe memory loss, forgetting much of their lives before treatment (including who their children are, their spouse, and learned skills such as how to play the piano).