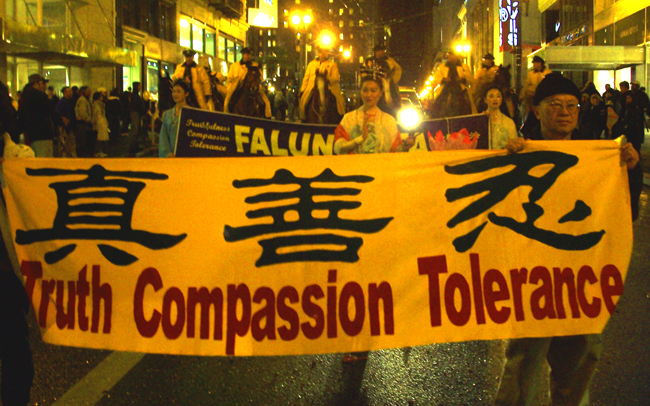 “In order to justify detainment in psychiatric facilities and prisons, those who pose a perceived threat to the social order in China, such as the Falun Gong, are diagnosed by psychiatrists with invented disorders that, on their face, are embarrassingly transparent.”

In support of the recently passed Congressional Resolution, H.R. 343, confirming and denouncing the brutality of organ harvesting of members of the spiritual group, Falun Gong in China,[1] the Citizens Commission on Human Rights (CCHR) calls for the International Criminal Court (ICC) to intervene in what constitutes a crime against humanity. CCHR applauds Congress and joins the many other organizations in condemning the practice of incarcerating and torturing Falun Gong practitioners in China’s psychiatric facilities and the harvesting of their organs.[2]

H.R. 343 details “nationwide persecution designed to eradicate the spiritual practice of Falun Gong,” in China, their members’ detention in camps where “torture and abuse are routine” and cites credible evidence that Falun Gong practitioners “being killed for their organs was highly probable.” The resolution demanded the end of the practice of “organ harvesting from all prisoners of conscience” and the “immediate end to the 17-year persecution” of the Falun Gong.[3]

In order to justify detainment in psychiatric facilities and prisons, those who pose a perceived threat to the social order in China, such as the Falun Gong, are diagnosed by psychiatrists with invented disorders that, on their face, are embarrassingly transparent, including: “delusions of reform,” “political maniacs,” and “litigious mania.” [4]

In fact, research conducted in 2014 by the Laogai Research Foundation found that Falun Gong members had been incarcerated in psychiatric custodial facilities called “Ankangs” (paradoxically meaning “peace and health”) based on the above psychiatric disorders to justify the indefinite incarceration, without trial, of dissidents and other so-called political undesirables on the grounds that they are criminally insane.[5] 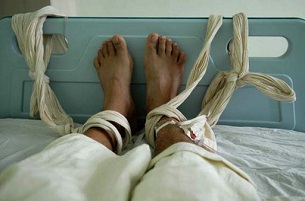 According to the Laogai Research Foundation, in order to “to maximize the discomfort of the victims in the Ankang,” psychiatric drugs “are administered in extremely high doses, thus exacerbating the side effects and causing horrific physical responses….”

Once incarcerated in Ankangs, psychiatric prisoners are forcibly injected with psychotropic drugs, receive massive amounts of electroshock through acupuncture needles, endure forced sleep deprivation and are tied up and force-fed for long periods of time. According to the Laogai Research Foundation, in order to “to maximize the discomfort of the victims in the Ankang,” psychiatric drugs “are administered in extremely high doses, thus exacerbating the side effects and causing horrific physical responses such as swelling of the whole body, paralysis, blood clots, and severe, sometimes fatal, palpitations, along with other painful reactions.” [6]

By anyone’s standards these abuses are unacceptable on every level and require immediate action.  The International Criminal Court (ICC) can prosecute individuals who have committed genocide and crimes against humanity. This includes Article 6 of the ICC’s Statute, in which genocide is described as acts “committed with intent to destroy, in whole or in part, a national, ethnical, racial or religious group,” “killing members of the group” and “causing serious bodily or mental harm to members of the group.” Article 7, “Crimes against Humanity,” includes widespread or systematic attack directed against any civilian population, by “imprisonment or other severe deprivation of physical liberty in violation of fundamental rules of international law,” torture and persecution.[7] These are human rights abuses the Falun Gong have suffered for decades and continue without accountability.

CCHR charges that individuals to be held accountable should also include those psychiatrists responsible for overseeing treatment in the Ankangs and, potentially, even officials with the Chinese Society of Psychiatry that claimed the labeling and harmful “treatment” of the Falun Gong is a simple an error in training and diagnosis.

There are others who could have made a difference, yet failed to effectively act. For example, one can only wonder why the World Psychiatric Association (WPA), the governing body of psychiatric associations, has failed to expel the Chinese Society of Psychiatrists, (CSP) over the known abuses forced upon Falun Gong members. The CSP, which is a member of the WPA, agreed to adhere to the WPA’s human rights protections, which forbid introducing political judgments in psychiatric diagnosis.[8]

The WPA reneged on its 2002 agreement to send a delegation to China to investigate the charges that dissidents were being imprisoned and maltreated both in regular mental hospitals and in Ankangs.[9] Instead, it accepted the CSP’s internal investigation which identified only, “instances in which some Chinese psychiatrists failed to distinguish between spiritual-cultural beliefs and delusions, as a result of which persons were misdiagnosed and mistreated.”[10] [Emphasis added]

Since the WPA’s failure to take action and expel the CSP:

Despite these abuses, some at the hands of psychiatrists in China, the WPA has, by its blatant inaction, supported these abuses.  Astoundingly, in 2010 WPA chose China to hold its International Congress, co-hosted by CSP.[16]

Is it merely irony that in 1999, when the Falun Gong were banned in China[17], Western psycho-pharmaceutical interests already had begun to lay a foundation to introduce numerous psychiatric drugs to China, including: the antipsychotics Risperdal, Invega, and Invega Sustenna, prescribed to treat, among other conditions, “psychosis,” and antidepressants Cipramil, Lexapro and Prozac, and the stimulant, Concerta?[18]

While the Falun Gong was not in the business of treating mental illness, they did, however, teach exercises, which are seen as workable alternatives to the dangerous, even deadly, side effects of antidepressants. The results of such exercises are supported by a new Duke University Medical Center study, with the lead author stating they found “this exercise training to be just as effective as anti-depression medication.”[17] A recent Rutgers University study also found that meditation and aerobic exercise together helped reduce depression. [20]

Given the enormous increases in psychiatric drug sales in China, there is little doubt that the pharmaceutical industry has landed a lucrative market, driven by a psychiatric community willing to deliberately politicize psychiatric labeling.

The Citizens Commission on Human Rights also calls on the WPA to stand with Congress, other legislatures and the United Nations on behalf of the Falun Gong, and break from its appalling record of failing to address and discipline its member’s ethics violations and crimes, as are now apparent in China and as is historically well-documented in the former Soviet Union, South Africa and, of course, Nazi Germany.

[4] Carly Millenson,”The Ankang: An Examination of The Abusive Practices Within High Security Chinese Mental Institutions And a Discussion of How The Chinese Communist Party Has Turned Psychiatry Into An Instrument of Suppression,” Laogai Research Foundation 2002-2012, http://laogai.org/reports/ankang-examination-abusive-practices-within-high-security-chinese-mental-institutions-and;