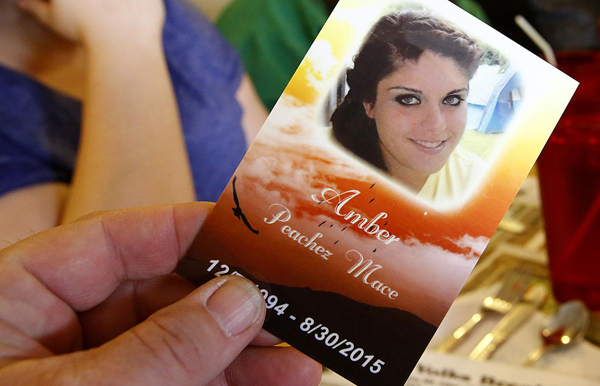 A national chain of private psychiatric facilities owned by Universal Health Services (UHS) is currently under investigation. The latest scandal involves a facility in Massachusetts involving a young girl’s death and three other UHS psychiatric facilities cited for “urgent patient care and life safety violations.” State authorities are also investigating the suicide outside a UHS behavioral center in Stanton, Delaware.

The Patriot Ledger’s feature story on the tragic death of 20-year-old, Amber Mace at Pembroke psychiatric hospital in Massachusetts, highlights ongoing concerns about UHS’s behavioral facilities. Amber’s mother, Tammy, spoke to the Ledger about the circumstances that led to her daughter’s death, prompting multiple state agency investigations into Pembroke Hospital last year. Amber was transferred to Pembroke on August 29, 2015. The following day, her mother and an aunt visited her and noticed she seemed “like a zombie.” Staff informed them that Amber had been prescribed Suboxone and another drug that “don’t belong together,” according to the family.[1]

As the Ledger reported, Tammy told staff: “‘Have the doctor call me. This was Saturday, and she said the doctor would call me on Monday.’ But Monday didn’t come for Amber Mace. At 5 a.m. Sunday, a mental health worker at Pembroke Hospital found her dead in her room, her limbs and her jaw stiffened into full rigor mortis, according to the state’s investigation.”[2]

The family is furious about state agency reports about the death, including the Chief Medical Examiner stating Amber may have died from inflammation of the heart possibly following a viral infection. However, Tammy said her daughter didn’t have heart problems. She played softball and volleyball.

Concern Over Drug Prescribed to Amber 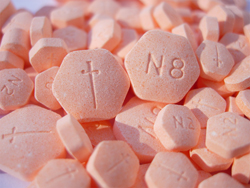 Suboxone was prescribed to Amber Mace, yet the drug is approved for treatment of opioid dependency—not a condition that Amber was reported to have.

The fact that Suboxone (buprenorphine and naloxone) was prescribed to Amber warrants an investigation. The drug is approved for treatment of opioid dependency—not a condition that Amber was reported to have. The addiction drug buprenorphine was associated with at least 33 deaths between 2009 and 2011.[3] A New York Times investigation in 2013 found adverse drug reactions reported to the Food and Drug Administration (FDA) showed buprenorphine as a “primary suspect” in 420 deaths since it reached the market in 2003.[4]

The FDA warns that people who have taken buprenorphine have suffered serious breathing problems and death—especially when taking buprenorphine by injection, and in combination with benzodiazepines or other central nervous system depressants (including alcohol).[5] Under the Drug Addiction Treatment Act codified at 21 U.S.C. 823(g), prescription use of this product in the treatment of opioid dependence is limited to physicians who meet certain qualifying requirements, and who have notified the Secretary of Health and Human Services (HHS) of their intent to prescribe this product for the treatment of opioid dependence and have been assigned a unique identification number that must be included on every prescription.[6]  This raises questions about whether the doctor prescribing the drug to Amber had the authority to do so.

In other articles by The Patriot Ledger and The Boston Globe, Massachusetts State mental health investigators have ordered Pembroke and three other psychiatric facilities owned by UHS’ Arbour Health System in Quincy, Westwood and Jamaica Plain, to take immediate steps to correct “urgent patient care and life safety violations” or the state would halt all new patient admissions. The Department of Mental Health discovered violations during surprise inspections over the past several weeks. The latest inspections were carried out on Thursday, April 7, 2016. The four facilities have a combined 363 psychiatric beds, representing more than a third of the state’s staffed beds in psychiatric hospitals. Health authorities did not release details of the violations.[7]

Within three days of the Massachusetts Department of Mental Health order, The News Journal reported on April 12, 2016 that the U.S. Center for Medicare and Medicaid Services (CMS) has asked the state of Delaware to investigate the circumstances surrounding a suicide on March 29 outside UHS’s Rockford Center in Stanton. Clay McInnis III, 38, died outside the facility, off the property. The state Medical Examiner’s Office and Delaware State Police, who have concluded their investigations, won’t disclose how Clay died. On the direction of CMS, a state surveyor with the Delaware Office of Health Facilities Licensing and Certification paid a visit to the psychiatric hospital and is now reviewing records and interviewing employees.

As The News Journal reported, “For years, the King of Prussia, Pennsylvania-based UHS has been the focus of a multi-agency federal government investigation into its Medicare and Medicaid billing practices, along with allegations of negligence and staff retaliation. One of the largest behavioral health operators in the nation, UHS currently has 25 facilities under government scrutiny….”[8] Its headquarters also came under Federal investigation in 2015.[9]

Complaints filed by the mental health watchdog Citizens Commission on Human Rights International to CMS regions and Massachusetts and Delaware legislative committees have called for greater oversight of the psychiatric-behavioral sector of UHS. Research shows that a sample of 45 UHS-behavioral facility-affiliated psychiatrists in nine states had Medicare Part D prescription costs totaling $40.7 million in 2013—the latest figures available. Of these, a staggering 32 (71%) ranked among the top 25 prescribers of psychotropic drugs in their respective states. A recent Dallas Morning News investigation also revealed Government inspectors investigating patient complaints cited 44 of UHS’s hospitals in 23 states for dangerously poor care or unsafe conditions between 2012 and mid-2015. A representative of the CMS said: “The numbers reveal that ‘patient complaints against the company aren’t just isolated to one region, but extend across the country.’”[10] 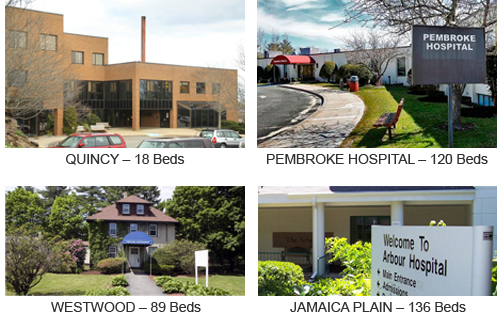