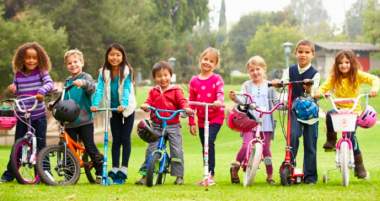 Psych meds for kids at gunpoint will no longer be tolerated, at least in one state. A powerful new law to protect children from coercive psychiatric screening and drugging was approved last year by the state of New Mexico. And now, advocates hope to provide similar protections for kids, families and parental rights across the remaining 49 states. As Big Pharma and the Obama administration push hard tounconstitutionally expand mandatory “mental health” screening, tracking, and treatment for children nationwide, health-freedom supporters say state laws such as New Mexico’s could offer much-needed protection in the years ahead. And progress is already being made.

The bi-partisan New Mexico legislation, which passed almost unanimously in both chambers and received widespread public support, is being hailed as the toughest law protecting children from forced drugging ever enacted in the United States. Known informally as the “Child Medication Safety Act,” the effort was aimed at tackling an alarming trend afflicting families in New Mexico and all across America. In particular, lawmakers wanted to rein in the growing use of threats and coercion against children and their families when it comes to psychiatry and the mandating of oftentimes dangerous drugs.

“For too long parents’ rights have been subjugated by the mental health industry, and children wrongly labeled with mental disorders and drugged with dangerous mind-altering psychotropic drugs,” said the Citizens Commission on Human Rights (CCHR), a nonprofit mental-health watchdog that backed the law and hopes similar measures will spread nationwide. “It’s encouraging that New Mexico is taking its place among a growing list of states taking protective actions on behalf of children and parental rights.” It is time for other states to take action as well, and that has already started, the group said. 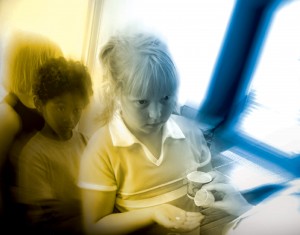 The New Mexico law, HB 53, prohibits school personnel from forcing children to use psychotropic medications — a common occurrence in government schools across America, where close to 10 million children are on such drugs. Among other elements, the measure allows school officials to offer parents assistance for their children, but never using threats or coercion. “An employee or agent of a school district or governing body shall not compel or attempt to compel any specific actions by the parent or guardian or require that a student take a psychotropic medication,” the law states.

The measure also makes it illegal to cite a parent’s refusal to drug their child with psychiatric medications as a pretext for removing children from their homes and placing them in protective custody. “A child shall not be taken into protective custody solely on the grounds that the child’s parent, guardian or custodian refuses to consent to the administration of a psychotropic medication to the child,” it explains. That part is especially important considering recent cases across America in which bureaucrats have terrorized parents for refusing to drug their children with powerful and oftentimes dangerous or even potentially deadly substances.

Another major victory for proponents of traditional medical ethics in New Mexico is a section of the bill banning mandatory “mental health” screening. Under the measure, schools must both request and receive parental consent prior to “screening” children for real or imagined mental problems. “School personnel shall not require a student to undergo psychological screening unless the parent or guardian of that student gives prior written consent before each instance of psychological screening,” the law mandates, almost certainly in response to growing efforts across America to subject children to mandatory mental-health testing in schools.

As regular readers of this magazine know well, parental rights in America are under unprecedented and escalating attack. Just recently, as one example, the Obama administration released a draft policy statement calling for more home visits and even referring to families as “equal partners” with Big Brother in the rearing of their own children. The document also calls on government to “ensure constant monitoring and communication regarding children’s social-emotional and behavioral health.”

The New Mexico law, though, provides strong support to ensure that parents’ rights to oversee the medical care of their children are protected. The bill’s original sponsor, New Mexico Representative Nora Espinoza, a Republican, said that as a mother, concerns about protecting children and parental rights were central to the legislation. “I love being a mother. That was a gift that God gave to me. God did not give that gift to government,” she explains in a video produced by CCHR urging her fellow state legislators across America to take action in defense of children and families.

“For government to come in and to dictate and to take those rights away from me — how dare they! And that’s where my passion comes, and my background,” she said, pointing to her past experience in education and administration. “I’ve always fought for children. To fight for the rights of our children, for the safety of our children, and the health of our children, and to protect parents is not a political platform, it’s not a democratic or republican platform.”

First of all, she continued, she is “very, very, very clear” that no entity, governmental or otherwise, is going to tell her what her child needs or force her to put them on medication. “If they choose to force me to put them on medication, I’d be in prison,” she said, grinning a mother’s grin. “I really would, because I would fight for my children…. Everyone that is a parent understands very clearly that it’s their right, not the government’s right. This is why we gave birth to them — not to give them to government.”

It strikes close to home for her, too, she said, explaining that her child and grandchild both have high-energy levels and would be likely candidates for psychiatric drugging in today’s world. “A child that is high energy is treated as having some kind of dysfunction,” Rep. Espinoza said, noting that doctors consistently demand that such children take hard-to-quit drugs. “There are other ways to deal with that energy that children have — it’s normal to be hyper, it’s normal to have feelings.”

She was also very emphatic that protecting parental rights and children is not and should not be partisan. “This is not about Democrats or Republicans, this is about our children and our rights as parents,” she said. “Period. Period.”

And it is time for the rest of the nation to take action as well. “This needs to be model legislation for every state to pass,” she said. Rep. Espinoza, who is on the board of the bipartisan National Hispanic Caucus of State Legislators, worked with the organization to inform lawmakers all across the country about the issue. Most were not aware of the crisis in government-mandated drugging of children, so when they learned of it, they embraced a resolution supporting efforts to rein in the problem. “To make a long story short, it passed,” she said, noting that the resolution had been forward to bureaucracies in Washington, D.C., as well.

Indeed, at the state level, more and more governments are taking action to prevent abuses by government and its partners in Big Psychiatry. According to the watchdog behind the New Mexico effort, both Florida and Colorado have passed laws protecting parents’ rights to refuse psychiatric testing and screening of their children. In addition to New Mexico, another dozen states have passed legislation seeking to protect children from forced drugging, and to protect the parents of children who refuse to drug their kids at government’s demand, the organization said.

The growing use of coercion in medical matters across America — whether that be in the realm of vaccines and cancer treatmentsor “mental health” —  should be troubling to all Americans. First of all, it represents a dramatic break with traditional medical ethics requiring informed consent from the patient or, in the case of minors, the patient’s parents. It is also a major departure from American traditions of individual rights and limited government.

The escalating assaults on health freedom and parental rights have very troubling implications. Much of it is coming down from the federal government and the swarms of crony Big Pharma lobbyists that surround it. However, because the federal government has no delegated authority over medicine in the U.S. Constitution, and because it is a terrible idea, it is time for Washington, D.C., to stop bribing and bullying state and local governments into waging war on freedom. In the meantime, it is up to state lawmakers such as those in New Mexico to protect their constituents, children, and communities from the onslaught.

Alex Newman is a correspondent for The New American, covering economics, education, politics, and more. Follow him on Twitter @ALEXNEWMAN_JOU. He can be reached at: anewman@thenewamerican.com.