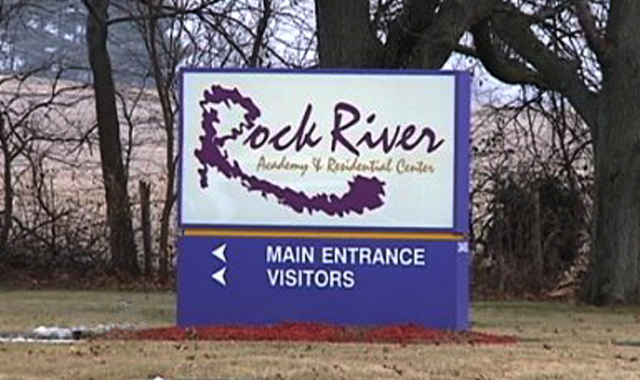 “Rock River closed in April following a Chicago Tribune and Department of Children and Family Services investigation which found the adolescent girls admitted there had suffered severe abuse during their stays.”

A lawsuit was filed by five plaintiffs on September 9 against the UHS psychiatric facility Rock River Academy & Residential Center in Illinois for adolescent females, alleging sexual abuse and rape by staff. The suit alleges that staff “intentionally administered psychotropic drugs which they used to keep her [one of the plaintiffs] in a semi-conscious state so that she could be more easily manipulated and sexually abused.” [i]

Rock River closed in April following a Chicago Tribune and Department of Children and Family Services investigation which found the adolescent girls admitted there had suffered severe abuse during their stays.

According to Courthouse News Service, The Tribune’s investigation found that:

Rock River has been under Federal investigation for several years. The U.S. Department of Justice and Office of the Inspector General of the Department of Health and Human Services has been investigating Rock River and other behavioral facilities within UHS for “alleged fraudulent billing practices to Medicare and Medicaid, but it has expanded its criminal investigation to include the company’s headquarters in King of Prussia, Pennsylvania,” reported Healthcare Finance News.[iii]

On August 14, 2015, CMS terminated its contract with Timberlawn Mental Health Service in Dallas, Texas due to the hospital’s failure to correct deficiencies that placed patients in “immediate jeopardy.”

A second UHS psych facility just announced that it will be closing. On August 14, 2015, CMS terminated its contract with Timberlawn Mental Health Service in Dallas, Texas due to the hospital’s failure to correct deficiencies that placed patients in “immediate jeopardy.” Since February, Timberlawn flunked multiple safety inspections and failed to make promised improvements. Court records reported that a patient’s suicide had “triggered a series of state and federal inspections.”[iv]  Later in August, a letter signed by Timberlawn system CEO Shelah Adams said Timberlawn will close its operating units and all affiliated programs. [v]

In May 2015, Mr. Dieter Waizenegger, Executive Director of CtW Investment Group wrote to UHS about being “deeply disturbed by the developments at UHS over the past year” especially the “risk of enforcement action” being “unnecessarily high.” The company had also written last year about this, to which UHS responded that it “has never had a facility lose its license or Medicare/Medicaid certification.” [vi] Barely three months after the May 2015 letter, Timberlawn had lost its certification.

Jan Eastgate, president of Citizens Commission on Human Rights International (CCHR), a mental health watchdog, said its group had received complaints from dozens of whistleblowers about psychiatric facilities owned by UHS and has notified authorities in more than a dozen states. It is calling on more concerned employees, patients and their families to contact CCHR with any details of possible abuse.

CCHR’s research of Medicare Part D prescription costs in 2013 by a sample of 45 psychiatrists who have been or are affiliated with UHS psychiatric facilities showed that an astounding 33 (73%) ranked among the top 25 prescribers of psychotropic drugs in their respective states, including antipsychotics and antidepressants.

“Horrors Behind These Walls: Stories of Alleged Physical, Emotional, and Sexual Abuse at Rock River” My Stateline.com, 2 Feb. 2015

“Patient Given Psychoactive Meds Without Documented Reason” UHS Behind Closed Doors,
21 May 2010