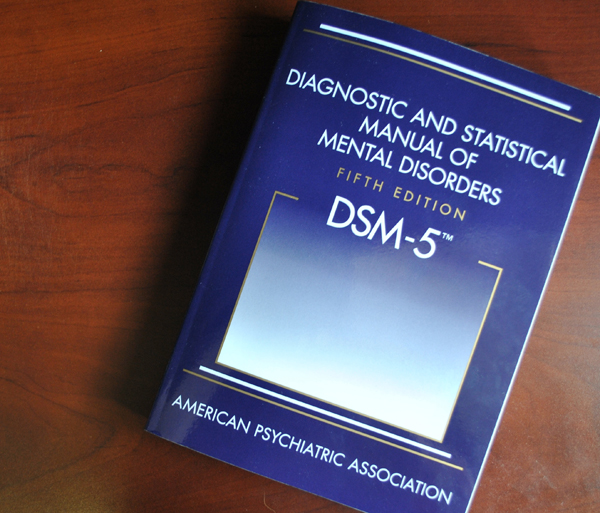 “There are no objective tests in psychiatry—no X-ray, laboratory, or exam finding that says definitively that someone does or does not have a mental disorder…. It’s bullshit. I mean, you just can’t define it.” — Allen Frances, DSM-IV Taskforce Chairman

The past few years has seen a growing number of heavyweights in the mental health arena, such as the head of the National Institute of Mental Health, speaking out against psychiatry’s unscientific methods of diagnosing “mental illness”—a labeling system based on psychiatry’s “billing bible” of mental disorders, the Diagnostic and Statistical Manual of Mental Disorders (DSM).

Now a new study shows psychologists are jumping on the anti-labeling bandwagon, with nearly half of the surveyed psychologists admitting that psychiatry’s DSM “applies medical labels to psychosocial problems.”

That fact is, the term “mental illness,” originally used only to describe those experiencing some type of severe psychosis, has evolved into subjectively interpreting every human emotion, from grieving for the death of a loved one, to overeating and children fidgeting in class, as a “mental disorder.” No wonder 1 in 4 American adults is now taking prescribed psychotropic drugs, let alone the 8.4 million children and adolescents, including more than a million children between the ages of  0-5.

Watch the video: “What’s Wrong with
Psychiatry? A Psychiatrist Explains…”

The firestorm of criticism against psychiatry’s diagnostic methods hit record levels in April of 2013 when Thomas Insel, Director of the nation’s premier mental health research facility, the National Institute of Mental Health (NIMH), when he proclaimed, “While DSM has been described as a ‘Bible’ for the field, it is, at best, a dictionary…. The weakness is its lack of validity. Unlike our definitions of ischemic heart disease, lymphoma, or AIDS, the DSM diagnoses are based on a consensus about clusters of clinical symptoms, not any objective laboratory measure. In the rest of medicine, this would be equivalent to creating diagnostic systems based on the nature of chest pain or the quality of fever.”

But Insel is not the only one to rock the psychiatric labeling system that fuels a more than $80 billion-a-year mental health drugging industry. Allen Frances, psychiatrist and former DSM-IV Task Force Chairman, leaves no doubt about psychiatry’s diagnosing legitimacy admitting, “There are no objective tests in psychiatry—no X-ray, laboratory, or exam finding that says definitively that someone does or does not have a mental disorder…. It’s bullshit. I mean, you just can’t define it.”

And most recently, Frances admits, “‘Mental illness’ is terribly misleading because the ‘mental disorders’ we diagnose are no more than descriptions of what clinicians observe people do or say, not at all well established diseases.”

Harvard-trained psychiatrist, Dr. Stefan Kruszewski, also has long understood the fraud of psychiatric diagnosing saying, “Virtually anyone at any given time can meet the criteria for bipolar disorder… or ADD [ADHD]. Anyone. And the problem is everyone diagnosed with even one of these illnesses triggers the pill dispenser.”

The recent study of psychologists reveals a glaring disconnect with its psychiatric brethren about any reliance on the Diagnostic and Statistical Manual of Mental Disorders (DSM). According to “DSM-5: Do Psychologists Really Want an Alternative?,” a study published in the Journal of Humanistic Psychology, which looked at the attitudes of psychologists toward the criteria offered in the DSM, more than 90% of the psychologists were dissatisfied with it and supported developing alternatives.

The survey also revealed psychologists found the following problems with the DSM:

This latter observation is of particular interest as the number of Americans being prescribed psychiatric drugs continues to increase to frightening levels. This is especially concerning given the known adverse reactions, including the Food and Drug Administration’s (FDA) “black box” warning, citing the possibility that antidepressants can cause suicidality and other harmful behaviors. The diagnosis is key as this is the gateway to fueling the multi-billion dollar psycho-pharmaceutical industry. The labels are quite simply, a money-maker.

Watch the video: “Psychiatrist Hyla Cass:
First Do No Harm”

Now that’s a diagnosis that actually may be of some help.