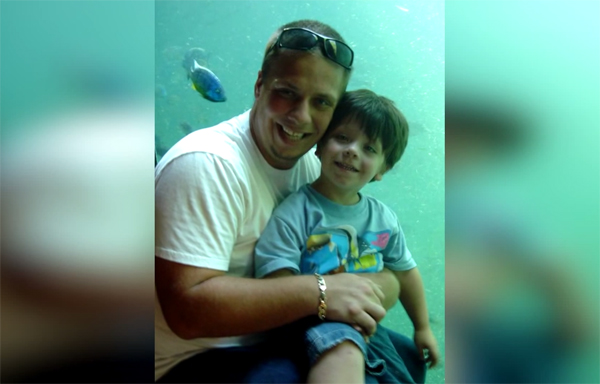 “Tyler’s father Anthony Kowalczyk has spent the last four years researching the drugs, their effects and speaking out against the forced drugging of children....”

Grumpy Note: In the fall of 2010, I was part of a small group of conservative bloggers who used to meet about once a month.  There were about a dozen of us, we’d met blogging and commenting on the local very liberal newspaper. Two of us, Jim Manley and myself had just set up our own websites a few months before. “Madpole”, was part of the group and one of Grumpy’s first contributors..

Two days after Christmas I got word that Madpole’s eight year old grandson Tyler had passed away around midnight Christmas Night. The first obituary I ever published on Grumpy was for an eight year old boy, the grandson of a friend.

The cause of death was a bad reaction to a routinely prescribed ADHD medication that school officials had insisted the boy take. They’d strongly suggested Tyler’s father would face legal consequences and lose custody of his son if he didn’t medicate Tyler.

According to a report by Healthline: ADHD by the Numbers: Facts, Statistics, and You, 6.4 Million American Children are now taking these drugs, a number that’s increased 42% in just the last eight years. Unbelievably according to Natural News: Every mass shooting over last 20 years has one thing in common… and it’s not guns. It’s antidepressants.

Tyler’s father Anthony Kowalczyk has spent the last four years researching the drugs, their effects and speaking out against the forced drugging of children by bureaucrats. This morning he told me he’d just published the video you’re about to watch: Tyler’s Story: Tragic Consequences of State-Coerced Drugging of Children.

Please share it with as many people as possible. You may help save a child’s life.

Anthony Kowalczyk tells the story of how Florida public school officials and the Florida Department of Children and Families coerced him to place his son Tyler
back on dangerous stimulant medication, despite the multiple side effects Tyler
had already suffered. Shortly thereafter, Tyler died with an enlarged heart, a symptom of stimulant use.