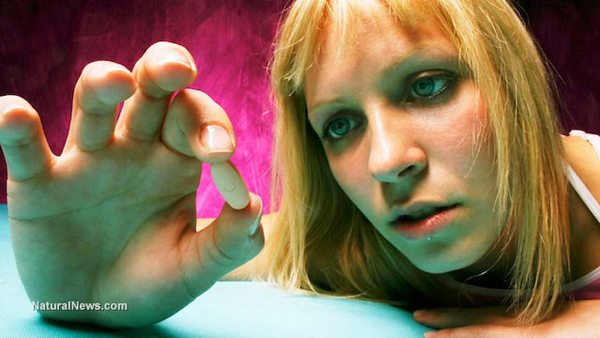 Psychiatric drugs are more dangerous than you have ever imagined. If you haven’t been prescribed one yet, you are among the lucky few. If you or a loved one are taking psychiatric drugs, there is hope; but you need to understand the dangers and how to minimize the risk.The following overview focuses on longer-term psychiatric drug hazards, although most of them can begin to develop within weeks. They are scientifically documented in my recent book Psychiatric Drug Withdrawal and my medical text Brain-Disabling Treatments in Psychiatry, Second Edition.Newer or atypical antipsychotic drugs: Risperdal, Invega, Zyprexa, Abilify, Geodon, Seroquel, Latuda, Fanapt and Saphris

Antipsychotic drugs, including both older and newer ones, cause shrinkage (atrophy) of the brain in many human brain scan studies and in animal autopsy studies. The newer atypicals especially cause a well-documented metabolic syndrome including elevated blood sugar, diabetes, increased cholesterol, obesity and hypertension. They also produce dangerous cardiac arrhythmias and unexplained sudden death, and they significantly reduce longevity. In addition, they cause all the problems of the older drugs, such as Thorazine and Haldol, including tardive dyskinesia, a largely permanent and sometimes disabling and painful movement disorder caused by brain damage and biochemical disruptions.Risperdal in particular but others as well cause potentially permanent breast enlargement in young boys and girls. The overall risk of harmful long-term effects from antipsychotic drugs exceeds the capacity of this review. Withdrawal from antipsychotic drugs can cause overwhelming emotional and neurological suffering, as well as psychosis in both children and adults, making complete cessation at times very difficult or impossible.Despite their enormous risks, the newer antipsychotic drugs are now frequently used off-label to treat anything from anxiety and depression to insomnia and behavior problems in children. Two older antipsychotic drugs, Reglan and Compazine, are used for gastrointestinal problems, and despite small or short-term dosing, they too can cause problems, including tardive dyskinesia.Antipsychotic drugs masquerading as sleep aids: Seroquel, Abilify, Zyprexa and othersNowadays, many patients are given medications for insomnia without being told that they are in fact receiving very dangerous antipsychotic drugs. This can happen with any antipsychotic but most frequently occurs with Seroquel, Abilify and Zyprexa. The patient is unwittingly exposed to all the hazards of antipsychotic drugs.Antipsychotic drugs masquerading as antidepressant and bipolar drugs: Seroquel, Abilify, Zyprexa and othersThe FDA has approved some antipsychotic drugs as augmentation for treating depression along with antidepressants. As a result, patients are often misinformed that they are getting an “antidepressant” when they are in fact getting one of the newer antipsychotic drugs, with all of their potentially disastrous adverse effects. Patients are similarly misled by being told that they are getting a “bipolar” drug when it is an antipsychotic drug.Antidepressants: SSRIs such as Prozac, Paxil, Zoloft, Celexa, Lexapro and Viibyrd, as well as Effexor, Pristiq, Wellbutrin, Cymbalta and Vivalan

The SSRIs are probably the most fully studied antidepressants, but the following observations apply to most or all antidepressants. These drugs produce long-term apathy and loss of quality of life. Many studies of SSRIs show severe brain abnormalities, such as shrinkage (atrophy) with brain cell death in humans and the growth of new abnormal brain cells in animal and laboratory studies. They frequently produce an apathy syndrome — a generalized loss of motivation or interest in many or all aspects of life. The SSRIs frequently cause irreversible dysfunction and loss of interest in sexuality, relationship and love. Withdrawal from all antidepressants can cause a wide variety of distressing and dangerous emotional reactions from depression to mania and from suicide to violence. After withdrawal from antidepressants, individuals often experience persistent and distressing mental and neurological impairments. Some people find antidepressant withdrawal to be so distressing that they cannot fully stop taking the drugs.Benzodiazepine (benzos) anti-anxiety drugs and sleep aids: Xanax, Klonopin, Ativan, Valium, Librium, Tranxene and Serax; Dalmane, Doral, Halcion, ProSom and Restoril used as sleep aids

Benzos deteriorate memory and other mental capacities. Human studies demonstrate that they frequently lead to atrophy and dementia after longer-term exposure. After withdrawal, individuals exposed to these drugs also experience multiple persisting problems including memory and cognitive dysfunction, emotional instability, anxiety, insomnia, and muscular and neurological discomforts. Mostly because of severely worsened anxiety and insomnia, many cannot stop taking them and become permanently dependent. This frequently happens after only six weeks of exposure. Any benzo can be prescribed as a sleep aid, but Dalmane, Doral, Halcion, ProSom and Restoril are marketed for that purpose.Non-benzo sleep aids: Ambien, Intermezzo, Lunesta and SonataThese drugs pose similar problems to the benzos, including memory and other mental problems, dependence and painful withdrawal. They can cause many abnormal mental states and behaviors, including dangerous sleepwalking. Insufficient data is available concerning brain shrinkage and dementia, but these are likely outcomes considering their similarity to benzos. Recent studies show that these drugs increase death rate, taking away years of life, even when used intermittently for sleep.Stimulants for ADHD: Adderall, Dexedrine and Vyvanse are amphetamines, and Ritalin, Focalin, and Concerta are methylphenidate

All of these drugs pose similar if not identical long-term dangers to children and adults. In humans, many brain scan studies show that they cause brain tissue shrinkage (atrophy). Animal studies show persisting biochemical changes in the brain. These drugs can lead directly to addiction or increase the risk of abusing cocaine and other stimulants later on in adulthood. They disrupt growth hormone cycles and can cause permanent loss of height in children. Recent studies confirm that children who take these drugs often become lifelong users of multiple psychiatric drugs, resulting in shortened lifespan, increased psychiatric hospitalization and criminal incarceration, increased drug addiction, increased suicide and a general decline in quality of life. Withdrawal from stimulants can cause “crashing” with worsened behavior, depression and suicide. Strattera is a newer drug used to treat ADHD. Unlike the other stimulants, it is not an addictive amphetamine, but it too can be dangerously overstimulating. Strattera is more similar to antidepressants in its longer-term risks.Mood stabilizers: Lithium, Lamictal, Equetro and DepakoteLithium is the oldest and hence most thoroughly studied. It causes permanent memory and mental dysfunction, including depression, and an overall decline in neurological function and quality of life. It can result in severe neurological dilapidation with dementia, a disastrous adverse drug effect called “syndrome of irreversible lithium-effectuated neurotoxicity” or SILENT. Long-term lithium exposure also causes severe skin disorders, kidney failure and hypothyroidism. Withdrawal from lithium can cause manic-like episodes and psychosis. There is evidence that Depakote can cause abnormal cell growth in the brain. Lamictal has many hazards including life-threatening diseases involving the skin and other organs. Equetro cases life-threatening skin disorders and suppresses white cell production with the risk of death from infections. Withdrawal from Depakote, Lamictal and Equetro can cause seizures and emotional distress.Summarizing the tragic truthIt is time to face the enormous tragedy of exposing children and adults to any psychiatric drug for months and years. My new video introduces and highlights these risks and my book Psychiatric Drug Withdrawal describes them in detail and documents them with scientific research.All classes of psychiatric drugs can cause brain damage and lasting mental dysfunction when used for months or years. Although research data is lacking for a few individual drugs in each class, until proven otherwise it is prudent and safest to assume that the risks of brain damage and permanent mental dysfunction apply to every single psychiatric drug. Furthermore, all classes of psychiatric drugs cause serious and dangerous withdrawal reactions, and again it is prudent and safest to assume that any psychiatric drug can cause withdrawal problems.Widespread misinformationDifficulty in stopping psychiatric drugs can lead misinformed or unscrupulous health professionals to tell patients that they need to take their drugs for the rest of their lives when they really need to taper and withdraw from them in a careful manner. As described in Psychiatric Drug Withdrawal, tapering outside of a hospital often requires psychological and social help, including therapy and emotional support and monitoring by friends or family.Meanwhile, there is no substantial or convincing evidence that any psychiatric drug is useful longer-term. Psychiatric drug treatment for months or years lacks scientific basis. Therefore, the risk-benefit ratio is enormously lopsided toward the risk.Science-based conclusionsWhenever possible, psychiatric drugs should be tapered and withdrawn either as an inpatient or as an outpatient with careful clinical supervision and a support network as described in Psychiatric Drug Withdrawal. Keep in mind that it is not only dangerous to take psychiatric drugs — it can be dangerous to withdraw from them. The safest solution is to avoid starting psychiatric drugs! It is time for a return to psychological, social and educational approaches to emotional suffering and impairment.