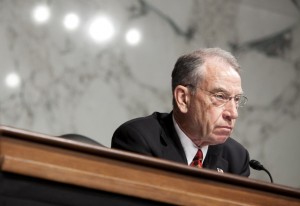 “It should empower consumers to learn whether their doctors take payments and if so, why, and whether that matters to them,” Sen. Chuck Grassley,

For years, the financial transactions between doctors and companies that sell prescription drugs and medical devices have been kept mostly secret—with details largely inaccessible to the public.  But with the help of the federal government’s new data-heavy Open Payments website, the secret is out.

Just this afternoon, the Centers for Medicare and Medicaid Services launched the first-ever public database detailing billions of dollars worth of financial transactions between health care providers and the industry. The database was required under the 2010’s Physician Payments Sunshine Act—a provision of the President’s Health Care Law authored by Sen. Chuck Grassley (R-IA). The purpose was to increase health care spending transparency by allowing the public to see what doctors are receiving from the health care industry—like grants or speaking fees.

“It should empower consumers to learn whether their doctors take payments and if so, why, and whether that matters to them,” Sen. Chuck Grassley, author of the ACA provision—said in a statement released Monday.

The data is split into three different categories—general payments, research payments and physician ownership and investments. According to the data, companies made 4.4 million payments totaling $3.5 billion to 546,000 doctors and about 1,360 teaching hospitals in the last five months of 2013.

Read the rest of the article here…