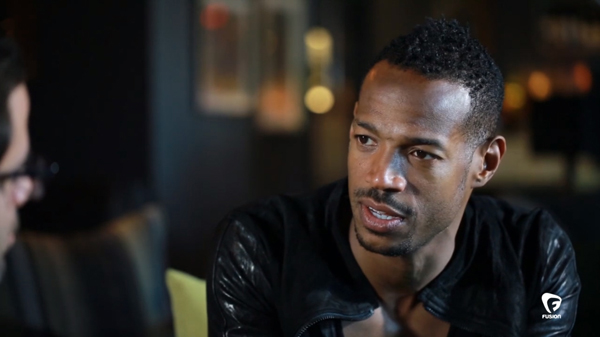 “I think there's something in these medicines that people are taking for depression that's making them depressed and making them commit suicide.” — Marlon Wayans

One of the things that impressed Wayans the most about Williams’ work was his range as an actor.

“Robin was a great dramatic actor as well as a comedian,” Wayans said. “Great with improv, incredible at character, great at physicalization. The man lacked nothing.”

Wayans also had some thoughts about the manner of Williams’ death.

“I think there’s something in these medicines that people are taking for depression that’s making them depressed and making them commit suicide,” Wayans said. “I don’t think it’s depression. I think it’s chemical. … He was such a joyful dude.”

Marlon Wayans: Robin was a great great dramatic actor as well as a brilliant comedian, great with improv, incredible with character, great physicalization, the man lacked nothing. And he knew how to be still, he knew when to be appropriate, he knew when to make you cry. There is only a very few performers like Robin Williams-Robin, Eddie Murphy, and the extremes of where they can go in terms of the funny, in terms of the sad, and in terms of the characters, you know, that that—it’s just a heart break man. You know we–the world lost a smile, you know what I mean it’s–Especially to suicide, it’s–I think there is something in these medicines that people are taking for depression that’s making them depressed and making them commit suicide. I swear, I don’t think it’s depression, I think it’s it’s chemical, I think there’s some kind of antidepressant drug that they’re taking that’s causing them to have visions and making them kill themselves. There’s drugs out there that if you take it and if you have certain descent it will make you a little crazy. Like certain allergy medicines. I’m—I just feel like it’s it’s chemical and it’s not-I don’t think it’s just him going, hey I’mma slit my wrist and jump off–and and choke myself. I mean I just think that there’s something else having—that’s in there. I mean he was such a joyful dude, man I just can’t—my heart broke. My heart goes out to his children and all of his friends.