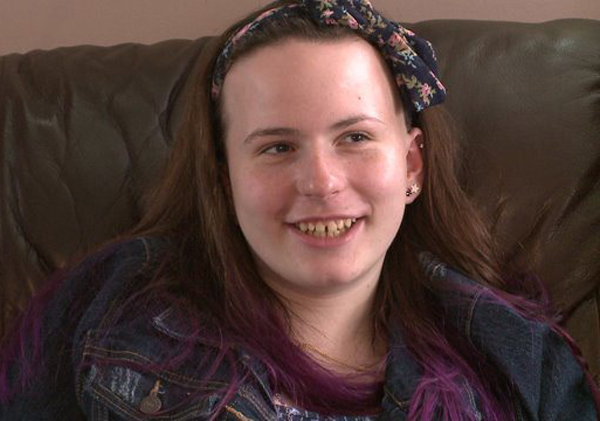 Justina Pelletier was taken away from her parents by force at the age of 15, and held for over a year as Boston Children’s Hospital kept her confined in their psych ward.

Justina Pelletier and her family traveled to Washington D.C. last week to promote “Justina’s Law,” a bipartisan bill proposed to end medical research on children. She received a standing ovation from members of Congress.

Justina was taken away from her parents by force at the age of 15, and held for over a year as Boston Children’s Hospital kept her confined in their psych ward. They disagreed with the family’s doctor over her diagnosis, and had the state’s “child protection” social service agency seize custody of her away from her parents, against her will and the will of her parents. What ensued was a long legal battle to get their daughter back, that probably only ended positively because her story went viral and was picked up by the national mainstream media. This because her father refused to obey a court-directed gag order and went to the media with their story. Media heavyweights such as Dr. Phil, Mike Huckabee, and Glenn Beck picked up her story.

Here is a plea Justina made herself to Governor Patrick and Judge Johnston just before she was finally released: http://www.youtube.com/watch?v=wijzZBa27-4

Unfortunately, Justina’s story is not a unique situation in America today, but it is part of a corrupt system that has grown in power and is now out of control. Justina’s story can be retold by families all across America.

How many families have endured similar circumstances: hundreds, thousands, tens of thousands?? No one knows for sure, but based on reports from attorneys who handle these types of cases, it is at least in the thousands, if not much higher. Here are a few cases we have reported on where children were legally seized away from loving parents due to disagreements over medical treatment:

The Nikolayev Family of Sacramento 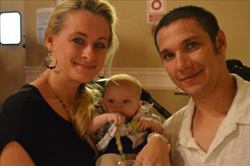 Anna and Alex Nikolayev with their baby Sammy.

In 2013, Anna and Alex Nikolayev’s baby Sammy was seized by Child Protection Services, with the help of local law enforcement, simply because they took their baby to a different hospital to get a second opinion about heart surgery. The entire incident where the child we removed by force was captured on video:

In the unedited video, the entire incident of Child Protective Services and the Sacramento Police using force to take away Anna and Alex Nikolayev’s baby is recorded. Anna and Alex had received poor care for their baby at a local hospital, and when the hospital wanted to do heart surgery on their infant, they wanted a second opinion and took the baby to a different hospital.

The first hospital did not approve of this and did not discharge the child. Therefore, they called Child Protection Services. The parents, meanwhile, had taken the baby to a second hospital, where the child was discharged that night by a physician, since there was no immediate danger, and the surgery was not imminent.

But, the next day, Child Protection Services and the Sacramento Police showed up at the parents home to take away their baby. The husband was outside at the time, and he was forced to the ground so that the police could enter the home by force. The mother, seeing what was happening outside, set up the camera to record the whole incident (see video above). The social workers would not even tell the mother where they were taking the baby. The police took the baby out of the mother’s arms by force, and only after the social workers had already left with the baby did they allow the mother to show the hospital documents showing that their baby was properly discharged by a physician from the second hospital. The police did not seem to care what the facts were at all, and gave full authority to CPS to remove the child. (Full story here.) 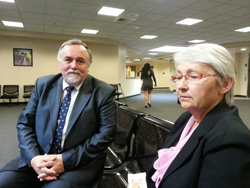 Since the father is a Russian national, this incident caused an international uproar. Russia accused the United States of abusing the couple’s human rights. Diplomats were sent to attend the hearing in Sacramento. (Full story here.)

One of the attorneys representing the parents explained that these actions by the CPS are not uncommon, and that the child is almost never returned to the parents at the first hearing:

In this shocking interview – http://www.youtube.com/watch?v=aTnENXSihDg – the attorney explains how CPS works in abducting children from families. He has 21 years experience in litigating against CPS.

“A young, cute, little baby is about the most marketable commodity that exists.”

“The chances they will get their baby back today are (slim). In my 21 years of experience, between me and my colleagues, we have seen maybe 3 cases where the child was returned the first day. Now think about that, can they really be right that much of the time?”

Fortunately, the child was ordered to be transported to the care of a hospital that the parents chose (CPS was holding him in the original hospital), and his custody was returned to the parents. One has to wonder if the same result would have occurred, had not one of the parents been a Russian national and had the help of political pressure put on the situation.

The Godboldo Family of Detroit 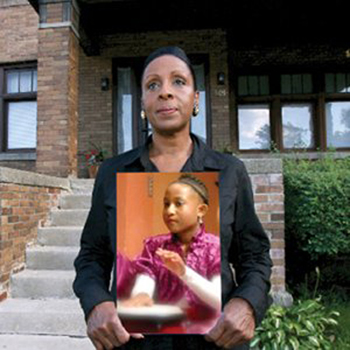 In 2011, Health Impact News was one of the first news sources to cover the story of Maryanne Godboldo, a Detroit homeschooling mother who refused to give her child powerful anti-psychotic drugs after she was developmentally disabled due to vaccines. She refused to give up her daughter to Child Protection Services, so they called in a SWAT team and had Maryanne arrested, and seized her daughter. You can read the entire story here. It was one of our top stories in 2011.

Maryanne Godboldo’s story is told in the following video: 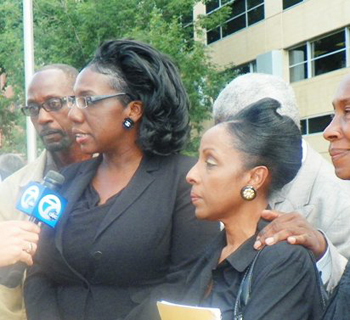 This long protracted legal battle, which has resulted in the child being reunited with her mother and all charges against the mother dropped, would not have been possible without Attorney Allison Folmar.

Parents who have taken their children off of psychiatric drugs after seeing the dangerous effects on their child have been charged with medical neglect and had their children forcibly removed from their custody.

The charge of “medical neglect” is an oxymoron when it comes to the issue of psychiatric labels and drugs because:

A) There are no medical/scientific tests to prove any child diagnosed “mentally ill” has a medical condition of “mental illness”, as none exists and

B) because the psychiatric drugs prescribed against the parents will have been documented by international drug regulatory agencies to cause mania, psychosis, suicidal ideation, heart problems, diabetes, stroke, and sudden death.

Maryanne was fortunate to have community support and the help of an experienced attorney. The last appeal against her was just denied by a Wayne County District Judge earlier this month (July 2014), ending a long court battle (story here).

Read the rest of the article here:  http://healthimpactnews.com/2014/legal-child-kidnapping-has-the-u-s-become-one-of-the-most-dangerous-places-in-the-world-for-children-to-live/?utm_source=rss&utm_medium=rss&utm_campaign=legal-child-kidnapping-has-the-u-s-become-one-of-the-most-dangerous-places-in-the-world-for-children-to-live