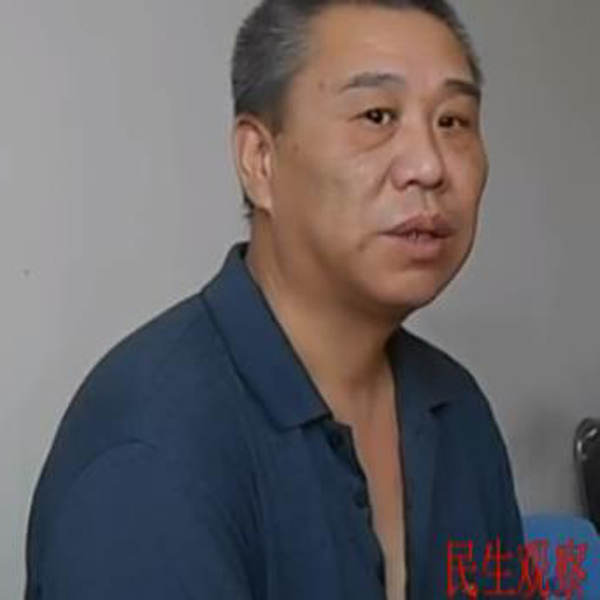 Xing Shiku pictured in 2012 at the psychiatric facility in Heilongjiang Province where he has been involuntarily confined for more than seven years.

Chinese Human Rights Defenders (CHRD) highlighted the case of Xing Shiku, a Chinese petitioner who has been involuntarily detained at the Daowai District Psychiatric Hospital in Harbin City since February 2007.

CHRD says Xing was arrested in Beijing for filing complaints to government authorities about corruption and labor violations that occurred due to the privatization of the state-owned company where he once worked. He was then immediately transferred to the psychiatric hospital in northeast China.

The Chinese government claimed that Xing suffered from schizophrenia and “could have posed a threat to or adversely affected the maintenance of public order in Beijing.” CHRD maintains that doctors at the hospital have acknowledged that he does not suffer from any mental illness.

The United Nations Working Group on Arbitrary Detention (WGAD) determined in May that Xing’s forced commitment was “arbitrary.” WGAD called on the Chinese government to release him and “grant him compensation for the harm he has suffered during the period of his arbitrary detention.”

“In this case, the Working Group considers that Mr. Xing has been deprived of his liberty for over seven years because of the peaceful expression of his views,” the group wrote in its opinion.

“WGAD is sending a clear message that involuntary psychiatric detention violates basic human rights,” she said in a statement on Monday. “Forced psychiatric commitment of individuals for peacefully expressing their views remains a serious problem in China today.”

CHRD said in a 2012 report that “politically-motivated abuses within the psychiatric commitment system remain.” While CHRD said some of the patients it studied might have psychosocial disabilities, the group provided a sample of 40 cases of individuals who were detained in psychiatric institutions for petitioning and human rights activism.

“In most of these cases, activists were taken to a psychiatric hospital to punish them after they acted in ways that irked government officials, such as petitioning higher authorities or publishing articles criticizing the government,” the report said.

Xing was reportedly released briefly in March 2007 after his wife, Zhao Guirong, complained to authorities in Beijing about his detention. CHRD alleges that a director in a Daowai District government office then led a group of thugs to forcibly seize Xing and return him to the psychiatric hospital, where he remains today.

Xing has reportedly been tortured during his confinement, including being tied up with chains and struck on his head with electric shocks, according to information CHRD received. He has also not received proper medical care for problems in his legs and other illnesses contracted during his extended detention.

Xing’s wife Zhao has appealed to various government departments for his release and has penned thousands of letters and petitions asking for assistance. CHRD reports that Zhao herself has been detained in extralegal “black jails” for a total of more than 300 days, was tortured and attempted to commit suicide multiple times.

The U.N. Working Group referred Xing and Zhao’s allegations of torture to the body’s special rapporteur on torture.

The U.N. group ruled that Xing’s arbitrary detention violated multiple articles of the Universal Declaration of Human Rights. China is a current member of the U.N. Human Rights Council.

China’s mental health law, effective since May 2013, assigns “guardians” to involuntary psychiatric detainees and deprives them of legal rights, CHRD says. Hospital authorities reportedly say that Xing can only be released if permitted by local officials who committed him and have guardianship rights over him.

The U.S. State Department did not respond to a request for comment by press time about Xing’s detention.