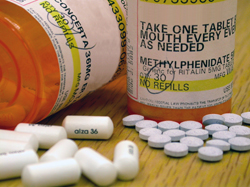 It was recently reported that stimulant drugs, otherwise known as ‘smart’ drugs, ‘cognitive enhancers’ or ‘brain boosters’ were being used by students to stay awake in order to study.

The reports are testimony to a ‘smart’ pharmaceutical marketing strategy that has duped individuals into thinking there are benefits from taking the drugs. This type of chemical ‘fix’ is just another initiative to maximise profits for the psychiatric and pharmaceutical industries.

A student may stay awake and complete his or her assignment, but the ‘chemical crutch’ has nothing to do with intelligence. Studies have found that those who take amphetamine-type or other prescribed, mind-altering drugs do not perform better academically. In fact, children who take these drugs fail just as many courses, and drop out of school just as often as children who did not take them.

Psychiatric drugs are habit-forming and addictive where withdrawal from them can be far more difficult than from illegal drugs. The evolution of these drugs has been a procession of claimed ‘miraculous’ new developments that were all eventually found to be harmful, even deadly.

Further, stimulant drugs are also known as “gateway drugs” that lead to addiction to street drugs such as cocaine. The claims made for these drugs are nothing more than a profit-driven marketing technique at the expense of healthy individuals.