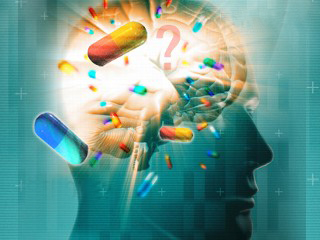 “While DSM has been described as a ‘Bible’ for the field, it is, at best, a dictionary…. The DSM diagnoses are based on a consensus about clusters of clinical symptoms, not any objective laboratory measure.” — Thomas Insel, Director of the National Institute of Mental Health

In response to the op-ed of Saturday, May 3rd, titled “Biological change can be verified in those with mental illnesses,” it is not surprising that a former member of the pharmaceutical-supported National Alliance on Mental Illness (NAMI) would provide inaccurate information about what is, and is not, mental illness.

First, if one reviews NAMI’s website, it is easy to see that the organization does not provide a cause for any of the mental illnesses listed on the website. While there is ongoing research at many universities on many alleged mental illnesses, to date, there is no scientific/medical proof to support the cause of any.

The op-ed author is artful in her response stating that Yale University is doing neural level research, and that “people who experience mental illnesses have verifiable biological changes, such as a smaller hippocampus.”

There are many studies regarding various mental illness and differences in brain volume. The op-ed author did not specify which study, so it leaves the reader with many questions. First, which study is the author referring to and, in that unknown study, did the researchers account for the study participants prior use of psychiatric drugs? The reason for this question is because it has long been known that certain psychiatric drugs – benzodiazepines and antipsychotics – actually cause brain atrophy – shrinkage.

The most honest statement made by the author is, “We may not yet understand all the mechanisms of all mental illness, or even much of it…”  The fact is, psychiatry does not understand how the brain works – period. If psychiatry knew how the brain worked – what actually caused mental illnesses – is it possible that they would withhold this important information from a suffering public?

In fact, the National Institutes of Mental Health (NIMH) thinks so little of the Diagnostic and Statistical Manual of Mental Illnesses (DSM-V), the billing bible of psychiatry, that the director of NIMH, Dr. Thomas Insel, said of the DSM “it is, at best, a dictionary…” “its weakness is its lack of validity…” and “the DSM diagnoses are based on a consensus about clusters of clinical symptoms, not any objective laboratory measure.” Apparently the former NAMI member missed that memo. The director of NIMH could not be more clear. Psychiatric diagnosing is subjective.

Finally, according to Harvard-trained psychiatrist Dr. Peter Breggin, “every class of psychiatric drug, when used for months or years at a time, has been shown to cause shrinkage of the brain of many, if not most, patients along with chronic brain impairment (CBI).” This information is well explained in Breggin’s 2013 book, Psychiatric Drug Withdrawal: A guide for prescribers, Therapists, Patients and their families. Breggin further tells Ablechild, that “no known psychiatric disorder has been shown to have a biological or genetic cause and none by themselves damage the brain.”

If NAMI or the author of this op-ed have any specific data to support the known biological cause of any mental illness, it would be big news to the medical and scientific community.

Sheila Matthews Gallo is co-founder of Ablechild, a national 501c(3) nonprofit organization located in Westport, Ct., and Millbrook, N.Y. The organization fights for informed consent and the right to refuse mental health products and services.