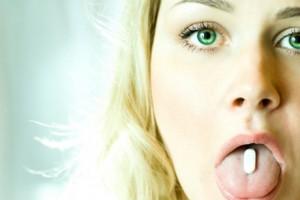 “The increasing use of antidepressants means that more and more people are being persuaded to believe their problems are in their brain. The implication is that we are powerless to change ourselves or our situations...The widely believed notion that depression is caused by a serotonin imbalance was only established by marketing campaigns, and has no basis in scientific research” — Joanna Moncrieff, Psychiatrist

Is Britain hooked on happy pills?

The use of antidepressants continues its inexorable rise.

Since the early 1990s the number of prescriptions issued has increased more than four times and we are consuming more antidepressants, and many other sorts of drugs for mental health problems, than ever before.

Should we be worried about this situation? As a practicing psychiatrist, as well as a University lecturer with a critical view of drug treatment, I believe we should. The increasing use of antidepressants means that more and more people are being persuaded to believe their problems are in their brain. The implication is that we are powerless to change ourselves or our situations.

When things go wrong, we think we need a drug to put them right.

Depression is a slippery concept. The widely believed notion that depression is caused by a serotonin imbalance was only established by marketing campaigns, and has no basis in scientific research. Few experts would now defend the chemical imbalance theory of depression.

The evidence on the benefits of antidepressants is also weak. In randomized trials antidepressants reduce scores on depression rating scale only a fraction more than a placebo or dummy tablet. The difference is probably too small to be clinically relevant, and, rather than indicating a specific effect on depression, it may simply be a consequence of taking a substance with noticeable mental and physical effects.

Antidepressants are not as toxic as some drugs prescribed for mental disorders, but they have significant adverse effects nonetheless. It is well-recognized that they reduce libido and interfere with sexual performance, and in some isolated cases this effect has been reported to persist after the antidepressant is stopped. As well as suppressing sex drive, they can numb people’s emotions and induce feelings of lethargy. Some modern antidepressants cause unpleasant feelings of agitation or irritability, which occur most frequently in young people. Most worrying of all, there is evidence that antidepressants occasionally induce suicidal feelings, again especially in the young.

Although they were initially trumpeted as not being habit-forming, it has been apparent for many years that some people experience unpleasant withdrawal symptoms when they discontinue antidepressants. In a small number of people discontinuation symptoms are intense and protracted.

In my clinical experience, many people just carry on taking their antidepressant because they are too fearful to stop, and research in general practice confirms that people are taking these drugs for longer and longer periods.

Being depressed from time to time is a universal human experience. Some people suffer from low moods more than others, but there is no objective way of saying when this is abnormal and when it is not. Diagnosing people with a medical disorder and prescribing a pill may appear to offer an easy answer, but in reality it stores up more problems than it solves.

By encouraging people to view their difficulties as a disease, which is outside their control, antidepressants may make people less confident to manage their problems in the long-run. As a society, our dependence on antidepressants makes us less resilient and less resourceful in the face of the everyday challenges of modern living.