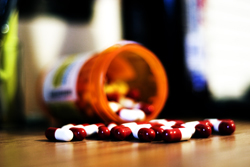 “More and more reports have been surfacing of catastrophic side effects from antipsychotics for diagnoses which have no scientific basis to begin with.”

There has been a lot of controversy surrounding the use of antipsychotic medications by psychiatrists. While the psychiatrists insist these drugs are the biggest breakthrough in mental health care in this era, the mental health activist group Citizens Commission on Human Rights has blasted these drugs as serving as more evidence that psychiatry is and always has been a destructive discipline which should be abolished. More and more reports have been surfacing of catastrophic side effects from antipsychotics for diagnoses which have no scientific basis to begin with. To compound the problems of severe neurological disorders associated with these drugs, recent research shows there are also associations with adverse cardiovascular disease events in the elderly with these drugs, reported Family Practice News on Dec. 27, 2013.

According to Danish national records from more than 1 million people, elderly patients who started treatment with an antipsychotic drug had a markedly increased risk for a major adverse cardiovascular disease event, particularly during the first month on treatment. Dr. Charlotte Andersson and her associates reported this risk remained elevated even when the analysis was focused on elderly people who were 70 years of age or older and who did not suffer from cardiovascular disease or dementia at the time of their first use of an antipsychotic medication. 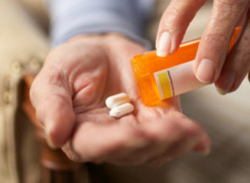 Treatment with antipsychotics was associated with a significantly increased rate of major adverse cardiovascular events (MACE) at some time during follow-up for all eight of the antipsychotic drugs which were studied in detail, including “haloperidol (Haldol), flupentixol (Fluanxol), chlorprothixene, levomepromazine (Nozinan), quetiapine (Seroquel), risperidone (Risperdal), olanzapine, and ziprasidone (Geodon).” It was found that overall, use of an antipsychotic drug for longer than 1 year was associated with about a doubled rate of MACE. Sudden cardiac death has become a very serious clinical concern when prescribing antipsychotic drugs, especially to older people suffering from dementia, writes the National Center for Biotechnology Information.

Sudden death syndrome has been seen for decades to occur in association with taking first-generation antipsychotic medications, but it has become more prominent recently due to safety reviews dealing with the use of second-generation antipsychotic medications. Treatment with antipsychotics results in death rates of 4.5 percent, as compared to 2.6 percent in subjects taking a placebo. The problem is so serious the U.S. Food and Drug Administration has disseminated information about cardiac fatalities, which has led to black box warnings in second-generation, antipsychotic, drug-prescribing literature about higher mortality when administering antipsychotics to elderly persons with dementia-related psychoses. Clearly, there should be an emphasis on natural mental health care, which includes healthy lifestyles, good nutrition, and supplements, instead of on drug therapy by psychiatrists, for mental health care.

There is an old saying, “If you can’t do anything right, don’t do it at all!” Well, psychiatrists have been doing everything wrong with their toxic psychiatric drug interventions and their other toxic interventions for so long, that this coupled with their negative attitudes about mental health care resulting in catastrophic stigmatization of patients and their total ruination, means that the CCHR is right that psychiatry should be abolished. It’s the psychiatrists, not their patients, who should not be allowed to do anything at all. The pushing of dangerous pills like candy for huge profits, as psychiatrists and some other doctors have been doing, must be stopped.