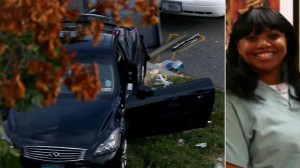 "Authorities who searched the apartment in Stamford, Connecticut, found one medication to treat schizophrenia and bipolar disorder, and another that is an antidepressant, according to the source."

Note from CCHR— Miriam Carey, who was apparently unarmed, was tragically shot dead by police, with her 18 month-old infant in the car.  The fact that new mothers are being prescribed psychiatric drugs documented by 22 international drug regulatory warnings  to cause side effects of mania, hostility, violence and even homicidal ideation without being warned of these risks, is an issue that demands accountability from those prescribing the drugs.

Between 2004 and 2012, there have been 14,773 reports to the U.S. FDA’s MedWatch system on psychiatric drugs such as antidepressants and antipsychotics causing violent side effects including: 1,531 cases of homicidal ideation/homicide, 3,287 cases of mania & 8,219 cases of aggression. But the FDA’s admission, only 1% of side effects are ever reported to Medwatch, so the above numbers are only a fraction of the actual violent reactions to psychiatric drugs occurring out in the consumer market.

Washington (CNN) — Authorities investigating why a Connecticut woman rammed barricades and led police on a chase near the U.S. Capitol found medications in her apartment to treat schizophrenia and other mental disorders, a law enforcement source briefed on the investigation said Friday.

The woman was identified by law enforcement sources as Miriam Carey, 34. She was shot dead Thursday in the incident, which played out in one of the most heavily policed places in the world, temporarily locked down Congress and sparked anxiety among tourists and staffers alike.

She apparently did not have a weapon, but did have a 1-year-old child in the car with her. The child emerged from the chaos unharmed, officials said.

Authorities who searched the apartment in Stamford, Connecticut, found one medication to treat schizophrenia and bipolar disorder, and another that is an antidepressant, according to the source.

A law enforcement source involved in the investigation said Thursday that the woman’s boyfriend had told police last winter that she appeared to be delusional.  Read the rest of the article here