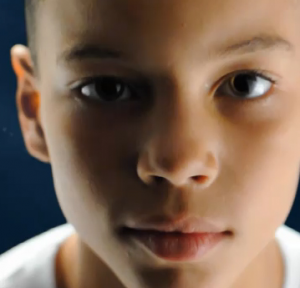 “Many children diagnosed with these labels are inflicted with nothing more than the disorder called childhood. Childhood does not need a label or medication; it requires parenting.” — Avidan Milevsky, Professor of Psychology, Parenting media expert

The DSM-V, Parenting and Labels

The Huffington Post – October 2, 2013
By Adivan Milevsky, Professor of Psychology

The American Psychiatric Association recently released its latest “Bible” of mental disorders; The Diagnostic and Statistical Manual, Fifth Edition, or the DSM-V. Although controversy ensued with the release of past DSM editions, this time an unusual outcry has occurred coming from both the research and clinical community. At issue is the fear that many new or expanded “illnesses” in the DSM-V may lead to over-diagnosis which in turn may lead to over-medication. This alarm is not unfounded. Consider this: The U.S. consumes more Ritalin that the rest of the world combined! Over-medication is a problem.

One such worrisome new diagnosis is “Disruptive Mood Dysregulation Disorder” (DMDD) intended for children 6- to 18-years-old who have “temper outbursts that are grossly out of proportion in intensity or duration to the situation” three or more times a week.

DMDD can now join ODD and ADHD, to name a few, as another label to throw around when children seem to be behaving in ways that are not ordinary. True! Some children do suffer from pervasive emotional and behavioral problems impacting their functioning in debilitating ways. These children need help. However, many children exhibiting normal childhood behaviors or children responding with atypical behaviors as a response to ineffective parenting practices are being labeled with these terms undeservingly. When a family doctor determines that a child has one of these illnesses and prescribes medication after just a three minute conversation with a mother there is a high likelihood that the child was not given a fair trial.

Beyond the over-medication concern of overly diagnosed children, allow to me suggest an additional consequence of our trigger happy diagnostic mentality.

One Saturday morning my wife and I decided to take our daughter to synagogue. We dressed little 2-year-old Liora in her Saturday’s best, put her in her stroller, and headed to synagogue. As I entered the building to catch the tail-end of the rabbi’s sermon, my wife took Liora to the playground behind the building until the end of services. After being unbuckled from her stroller, Liora began to walk around the yard, enjoying the independence, with my wife in pursuit a few steps behind. After all, this was our first child, and being overprotective came with the territory.

Suddenly out of nowhere a little boy of about 4-years-old came charging towards our little angel, grabbed a chunk of her beautiful blond hair and pulled hard. My wife leaped forward, in what seemed like slow motion, to save our child. It took my wife a few seconds to pry this kid’s little hands from our child’s head. Liora’s initial reaction was absolute shock. However, after those initial moments of shock, she began to cry with a heartbreaking wail. By the time I caught up with them, about 20 minutes later, Liora was still in that post-screaming, hyperventilating phase of rapid-gasping-for-air segments followed by a quiet exhaling (if you’ve seen a child in that stage you know what I am talking about).

Out of desperation, we proceeded to the candy table at the post-services social to find the best goodies to give our distraught child to compensate for the trauma, a parenting lapse of judgment under extreme duress. As we were standing at the table, stuffing Liora with cookies, I saw from the corner of my eye a lady holding a child approaching us. My wife whispered to me that this was the child who physically assaulted our girl. My wife had to hold me back from going after that kid.

The mother approached us and said: “I understand from my sister that my child hurt your daughter. I just want to let you know that I am sorry but a school counselor told me that he is a difficult child!”

What this mother was in essence telling us was that she could not be held responsible for her child’s atrocious behavior because a professional had labeled him as difficult. What can she do about it; she is a great parent, but G-d gave her a defective child.

The haphazard labeling of children has the potential of creating a parental lack of responsibility. It is much easier to blame some chemical imbalance for a child’s behavior than engage in the excruciating hard work of proper parenting.

Don’t get me wrong, there are children out there with legitimate pervasive difficulties. Parents need all the help they can get in these circumstances.

However, many children diagnosed with these labels are inflicted with nothing more than the disorder called childhood. Childhood does not need a label or medication; it requires parenting.