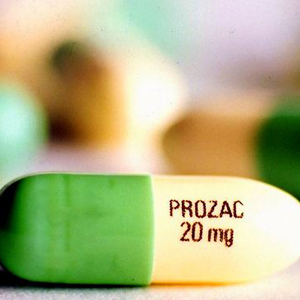 “Worldwide – including the UK – there have been 99 drug regulatory agency warnings that anti-depressants cause side effects. Of those warnings, 35 concerned suicide, suicide risk and suicide attempts.”

While we can have our own thoughts on the subject, it is quite extraordinary that drug regulators in the UK and around the world have to issue warnings for these drugs relating to their dangerous effects, specifically warnings about suicidal thoughts and behaviour.

Worldwide – including the UK – there have been 99 drug regulatory agency warnings that anti-depressants cause dangerous and even lethal side effects.

Of those warnings, 35 concerned suicide, suicide risk and suicide attempts, 8 are on self-harm, 4 cite side effects of mania/psychosis, and the list goes on…

There have also been 119 studies in 12 countries on anti-depressant-induced side effects. Of those studies, 23 of them concerned anti-depressants causing the same issues regarding suicide.

While we might hope for an altruistic purpose in the manufacture of these drugs, there is an inescapable factor that gives pharmaceutical companies an extra production impetus. That factor is profit.

Since 2000, £3.9 billion was spent on anti-depressants in England alone.

This represents commercial success for the shareholders, but a nightmare for those who have to pick up the pieces and exercise damage control when things go wrong.

If there’s any doubt about this, consider that some drug manufacturers are dropping anti-depressant research as the patents for their blockbuster drugs come to an end.

Some manufacturers are quitting the anti-depressant field altogether.

The true resolution of many mental difficulties begins when a competent, non-psychiatric doctor completes a thorough physical examination.

There are many causes of depression – lack of exercise, thyroid problems, hormonal disorders, food allergies, sleep disturbances, infections, heart problems, lung disease and chronic pain. Even some psychiatric drugs can cause it.

At the end of the day, a person must be allowed to make a fully informed choice about the consequences of taking anti-depressants.

If that happened, it could have a knock-on effect and save the National Health service (NHS) billions in unnecessary spending.