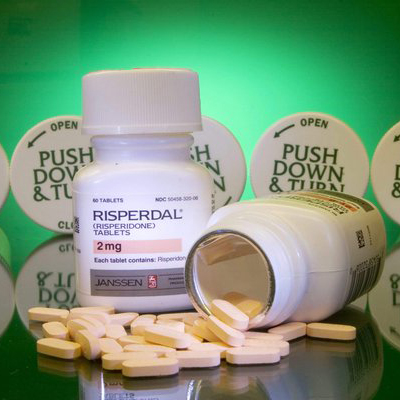 “Children and teenagers face a three-fold risk for developing Type 2 diabetes in the first year of Risperdal treatment.”

A new study reveals that antipsychotic medications, such as Risperdal (risperidone), which are being prescribed to a growing number of children, have been tied to serious side effects including increased risks for diabetes. This is not the first time that Risperdal side effects have been the focus of medical research, including ties between Risperdal and diabetes.

The research from Vanderbilt University Medical Center was just published in JAMA Psychiatry and revealed that children and teenagers face a three-fold risk for developing Type 2 diabetes in the first year of Risperdal treatment. Other studies have discussed Risperdal side effects, including adult-onset diabetes risks.

These recent findings are the result of a retrospective cohort study of the Tennessee Medicaid program, which included data on more than 40,000 patients and focused on patients who were recently diagnosed with diabetes after taking the atypical antipsychotic.

“Risk was elevated during the first year of antipsychotic use, increased with increasing cumulative dose, and was present for children younger than 18 years of age,” the researchers wrote, according to CBS News. The risk remained high for up to one year after discontinuation of the medication. The study reviewed both atypical and older generation antipsychotics and revealed that the risk did not differ.

The study involved people between the ages of six and 24; 29,000 were prescribed medications for attention, behavioral, and mood disorders. This group was compared to a group of more than 14,000 prescribed other psychiatric medications. Both groups were tracked for 12 years.

Meanwhile, a probe had been initiated by the Office of the Inspector General (OIG) at the Department of Health and Human Services (DHHS) over the increased use of drugs such as Risperdal being prescribed to children. Some antipsychotics have been approved for the treatment of children with behavioral issues, including bipolar disorder, and schizophrenia; others are prescribed off-label for non-approved uses.

In 2011, a U.S. Food and Drug Administration (FDA) advisory panel urged the FDA to monitor Risperdal side effects such as weight gain and metabolic disease risk in kids taking the medications, according to CBS News.

Other Risperdal side effects

There are growing concerns over potential overuse of the medication to treat behavioral issues, especially in pediatric patients. Concerns have also been raised over the risk of drugs, such as Risperdal, being used in young boys and the development of gynecomastia, a serious side effect in which boys develop breasts. The psychological ramifications of gynecomastia are significant, and the disorder may involve double mastectomy to surgically remove the breasts.

Read the rest of the article here:  http://injurylawyer-news.com/2013/09/new-study-links-antipsychotic-risperdal-increased-diabetes-risk/