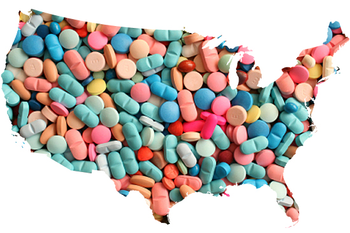 From Gary Greenberg in the New Yorker: “Sales of psychiatric drugs amounted to more than seventy billion dollars in 2010. They have become yet another commodity that consumers have learned to live with or even enjoy, like S.U.V.s or Cheetos.” So why are so many pharmaceutical companies shrinking or shuttering their neuroscience research facilities? Here’s the answer Greenberg gives: “By 1960, the major classes of psychiatric drugs — among them, mood stabilizers, antipsychotics, antidepressants, and anti-anxiety drugs, known as anxiolytics — had been discovered and were on their way to becoming a seventy-billion-dollar market. Having been discovered by accident, however, they lacked one important element: a theory that accounted for why they worked (or, in many cases, did not).” At least Cheetos seem to work 100% of the time.

+ It’s possible to alter your mind without taking any drugs. Scientists now know a lot more about the ways meditation affects the brain. Warning: Side effects may include increased focus, less anxiety, more creativity, and a better memory.

+ It’s usually pretty easy to determine one’s mood by their posture and demeanor. But can your body also influence your mind? Research suggests that sitting up straight or walking tall can actually make people feel better. The mind-body connection is a two way street. You can “fake it until you make it.”