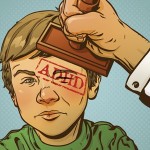 “Overall, we find considerable evidence of a decline in both behavioral and educational outcomes following the increase in prescription drug coverage and the corresponding increase in Ritalin use.”

Recently, substantive reports have been emerging on drugs used to treat Attention Deficit Hyperactivity Disorder in children and teens. (Note to readers: before we came up with the $5 name for it, my generation called ADHD “ants in the pants.”) Drugs such as Ritalin and Adderall supposedly help a wiggly child to calm down and focus. Doctors and educators said that this drug-induced calming and focusing would help children to improve, academically.

Had ADHD and its drug-treatments been known during my childhood, I might have been put on one of these medications. I didn’t have ants in my pants, but I was modestly famous, even as an elementary student, for appearing to pay no attention in class. It drove teachers crazy (figuratively speaking, of course). On occasion I was called out for it, in front of the whole class, and made to relate what had been taught or said. Teachers who didn’t know me were certain they would embarrass me for having daydreamed. They were always wrong, however, as I possessed a formidable audio memory that enabled me to repeat not only the details of what had been said, but the tone and inflections as well. A particularly treasured recollection features a crimson-faced teacher, dumbstruck by my 5-minute account of exactly how she had told some story from our lessons – including her emphases, tone, expressions and gestures. 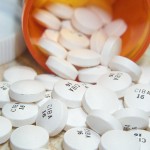 Luckily for me, we hadn’t entered the era when “educators” thought drugs could help children learn what they couldn’t seem to teach them. Our experiment with this theory began around 20 years ago. Teachers saw that the ADHD drugs decreased fidgety behavior in the classroom, and soon schools were buying into the therapy in a major way. At last count, taken in 2007, our federal government estimated that 2.7 million under-18 children were taking ADHD medications, with no accountability for the academic results. Since 2007, prescriptions for the drugs have surged, with spending doubling to over $9 billion per year.

In exchange for this mountain of treasure we have primarily educators’ assurances that the affected children are easier to handle, but no measures of academic performance. Reports on the latter are now beginning to come in, though. In her article “Does Ritalin Really Help?” (Globe and Mail; June 18, 2013) Margaret Wente reports that a Canadian study, which included thousands of children, shows that “…overall, these drugs have no long-term benefits whatsoever. If anything, kids on Ritalin had worse outcomes than other kids.”

Ms. Wente goes on to describe a “natural experiment,” beginning in 1997, which the study’s authors took advantage of: 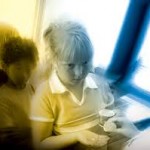 “That year, Quebec introduced mandatory drug insurance – the only province in the country to do so. When access to drugs expanded, Ritalin prescriptions shot up. Within a decade, children in Quebec were using Ritalin at twice the rate of children in the rest of Canada. By 2007, 44 per cent of Canada’s ADHD prescriptions were being written in Quebec.” (The province has only 23% of Canada’s population.)

“One of the authors of the study is Mark Stabile, professor of economics and public policy at the University of Toronto. [Dr. Stabile said] If Ritalin is beneficial, then long-term school performance – as measured by indicators such as graduation rates and math scores – should improve. But the study found no such improvement. In fact, it found that boys who had taken Ritalin were more likely to drop out of school, and girls were more likely to be unhappy and depressed.

“‘Overall, we find considerable evidence of a decline in both behavioral and educational outcomes following the increase in prescription drug coverage and the corresponding increase in Ritalin use,’ the authors concluded. ‘We went into this thinking we’d see benefits,’ says Prof. Stabile. ‘We were surprised.’”

Added Ms. Wente, “It’s not that stimulants make kids dumber. But when they quiet down and become less disruptive, everybody thinks the problem has been solved. The behavioral problems may have gone away. But the underlying issues go unaddressed, and so these kids may not get the extra help they need… As Prof. Stabile puts it, ‘Ritalin is keeping the problem quiet.’” 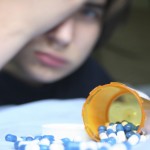 A recent Wall Street Journal report confirmed that ADHD drugs appear to be counter-productive, actually reducing math scores in boys and increasing unhappiness in girls. Academic performance did not improve over several years covered by the study. As the Canadian study also showed, drugs made students easier to handle, but calmer moods did not translate into better study habits and improved performance. This was just wishful thinking that endured for years, until students finally reached graduation age when their academic achievement levels could be measured.

Indeed, one of education’s fundamental problems is the hard fact that it can take years to measure the effect of new programs or operational theories. These are “live experiments” on human subjects. Their results might not be measurable for years – even decades.

Educators love to introduce changes that they believe will transform education. Some build entire careers on “innovations” whose efficacy (or not) will be revealed only long after they have departed the scene. One of these innovations has been the ADHD “miracle drugs.” It looked like a success. Teachers were happy because previously unmanageable kids – mostly boys – were calmed down and no longer disruptive. Parents were happy because they no longer had to endure parent-conferences where they were bashed over Johnny’s behavior problems. Administrators were happy because their schools stopped looking like zoos. So everybody was happy. Great.

But nobody checked to see if Johnny was actually learning anything. He was just another big, dumb kid being pushed through the system as fast as possible, until he could be “graduated” to his next level of academic incompetence. Everybody was helped except Johnny. 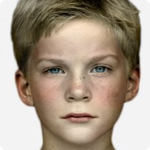 been diagnosed with ADHD. Two-thirds of these are being treated with drugs. Canadian diagnosis and treatment rates are lower, but there is still persuasive evidence for over-diagnosis. One study showed that the youngest children in a class are significantly more likely to be diagnosed with ADHD, simply because they tend to be less mature. (I was almost always the youngest in my grade. Until the fourth grade I had mostly Cs and Ds on my report cards because I was too young for my grade, compared to my classmates.)

Ms. Wente concludes with these assessments: 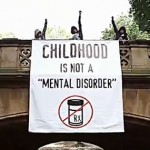 “It will be extremely hard to turn back the tide. ADHD diagnoses are highly subjective, and ADHD drugs are a gold mine for the industry. These drugs are marketed heavily to doctors (and, in the United States, directly to families). Some parents push for a diagnosis because they think medication will improve their children’s grades, and university students use them to pull all-nighters. Worst of all, new diagnostic guidelines have loosened the criteria so much that some doctors are now writing prescriptions for patients in diapers.

“We are medicating millions of kids for the malady of childhood. If that isn’t malpractice, then what is?”