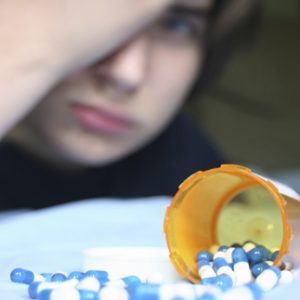 A recent study of 4,000 students in Quebec, spanning an 11 year period, compared the academic outcomes of students who had taken ADHD drugs to students who did not. The study, which was published by the National Bureau of Economic Research, a nonprofit economics research firm, showed that not only did the male students who had taken the mind-altering drugs not perform better than those who had not been drugged but, in fact, the academic performance of those who took the drugs was actually worse.

The study further revealed that along with the worsening academic performance there were other adverse effects associated with those taking “kiddie cocaine,” including increased unhappiness, deteriorating familial relationships, increased anxiety and depression in girls.

Of course, to many the research is, well, a no-brainer. The Drug Enforcement Administration, DEA, long ago, had very succinctly described “kiddie cocaine.” According to the DEA, Methylphenidate (Ritalin) and Amphetamine (Adderall) “produce discriminative stimulus effects similar to cocaine, will substitute for each other and for cocaine in a number of paradigms, and chronic high-dose administration of either drug in animals produces psychomotor stimulant toxicity including weight loss, stereotypic movements and death, and in clinical studies, they produce behavioral, psychological, subjective and reinforcing effects similar to cocaine.”

The DEA, which classifies ADHD drugs as Schedule II (most addictive) and in the same class as morphine, opium and cocaine concludes, “this data means that neither animals nor humans can tell the difference between cocaine, amphetamine or methylphenidate when they are administered the same way at comparable doses. In short, they produce effects that are nearly identical.”

Additionally, with the “nearly identical” effects of Ritalin, Adderall and Cocaine, there are other known serious, even life-threatening, adverse reactions to ADHD drugs which include: abnormal heart rate/rhythm, depression, hallucinations, homicidal ideation, insomnia, irritability, hostility, mania/psychosis, seizures, stroke and sudden death to name a few. 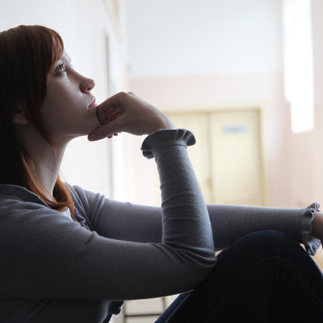 In fact, it is no secret just how serious ADHD drugs are, as there have been no less than 31 drug regulatory agency warnings issued by eight countries, and the Food and Drug Administration’s, FDA, Adverse Event Reporting System (MedWatch) reveals more than 14,000 adverse reactions connected to ADHD drugs between 2004-2011.

Despite this long history of dangerous and detrimental effects associated with the use of “kiddie cocaine,” the alleged ADHD mental illness diagnosis and drugging increased at epidemic numbers under the false belief that the drugs would improve attention, the child’s ability to focus and generally control impulsive behavior—a kind of drug-induced-sit-down-shut-up-and-you’ll-learn-more theory. As this study reveals, that theory has not translated into the promised academic improvement and has scientists baffled.

Perhaps understanding that there is no scientific basis for the alleged diagnosis of ADHD is a good place to start when considering the study’s embarrassing results. Additionally, it may be helpful to know what the pharmaceutical companies don’t know about the ADHD “treatments” they market.

For example, Novartis, the makers of Ritalin don’t know how Ritalin works… “the mode of action in man is not completely understood, but Ritalin presumably activates….” And Shire Pharmaceuticals, the makers of Adderall report, “the mode of therapeutic action in ADHD is not known. Amphetamines are thought to….”

So nobody knows what the alleged mental illness, ADHD, is and nobody knows how the mind-altering drugs work in the brain as “treatment.” Given these facts, it isn’t difficult to understand why scientists are confused. Most would agree that trying to figure out why drugs, which no one knows how they work, don’t produce the desired results for a mental illness that no one knows what it is, would be difficult at best.

While it is understandable for scientists to be scratching their heads about the results of the study, it doesn’t take a brain scientist to wonder why no one is asking the most obvious question—is it possible that the ADHD drugs actually are responsible for the worsening academic outcomes?

Moreover, adding to the above the serious life-threatening adverse reactions associated with ADHD drugs, wouldn’t scientists begin to question why the drugs continue to be prescribed? With one in five American boys being diagnosed with ADHD and prescribed “kiddie cocaine,” this question is no longer just academic.