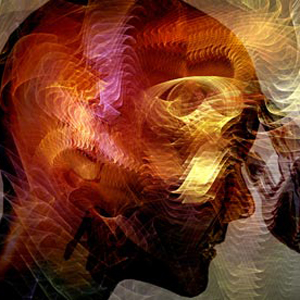 Psychiatry’s diagnostic bible has broadened the definition of mental illness to absurdity.

The American Psychiatric Association released a revision of its diagnostic bible in May, the first major rewrite in two decades. “The Fifth Edition of the Diagnostic and Statistical Manual of Mental Disorders,” or DSM-5, is the official guidebook for diagnosing every conceivable psychiatric ailment. This new edition loosens the rules in a disturbing way.

In previous editions, you the patient had to meet certain specified criteria in order to be diagnosed for any particular condition. For example, if I were going to diagnose you as having schizophrenia, then you had to have specific symptoms, such as delusions or hallucinations. If you didn’t have those symptoms, then I couldn’t make the diagnosis of schizophrenia.

Not anymore. Last month, DSM-5 introduced a new diagnosis, “Unspecified Schizophrenia Spectrum Disorder.” The only required criterion is that you have some distress from unspecified symptoms, but you “do not meet the full criteria for any of the disorders in the schizophrenia spectrum and other psychotic disorders diagnostic class.” You don’t have to have delusions. You don’t have to have hallucinations. In fact if you do have delusions and hallucinations, then you probably don’t qualify for unspecified schizophrenia. (You will find the new diagnosis in one short paragraph at the bottom of page 122 of DSM-5.)

Likewise for every other diagnostic category, including, for example, attention-deficit hyperactivity disorder. Let’s suppose that you occasionally don’t pay attention to your wife. You don’t meet the old-fashioned criteria for ADHD, which included impairment in multiple settings, like on the job or while driving. You are inattentive only when your wife is talking. You pay attention to everybody else. Hey, no problem. You now qualify for “Unspecified Attention-Deficit/Hyperactivity Disorder.”

That makes it easier than ever to go to your local physician, tell him or her that you have unspecified ADHD, and ask for a prescription for a powerful stimulant such as Adderall or Vyvanse. If the physician hesitates, whip out your copy of the DSM-5 and read aloud the relevant passage (it’s on page 66), which specifically indicates that no criteria must be met except at least occasional symptoms of inattention which cause “significant distress or impairment.”

But what if your symptoms are too vague even to nudge the compass, however sluggishly, in any direction, toward any particular diagnosis whatsoever? What if you’re just feeling down because you’re not “living your best life,” to borrow Oprah’s phrase, and you want your doctor to fix the problem? No worries. The DSM-5 offers a completely new diagnostic category “Unspecified Mental Disorder” (see page 708). The only requirement is that you “do not meet the full criteria for any mental disorder.”

How do the authors of DSM-5 justify such fuzziness? They invoke the analogy of high blood pressure and high cholesterol. As Dr. David Kupfer, chairman of the American Psychiatric Association’s DSM-5 Task Force, and two of his colleagues wrote in the April 24 Journal of the American Medical Association, there is no sharp dividing line between normal and high blood pressure or between normal and high cholesterol, there is merely a “continuum of normality.” A similar continuum, they argue, exists for mental health. “Thus DSM-5 provides a model that should be recognizable to nonpsychiatrists.”

In other words, everybody’s a little bit crazy, it just depends where you are on the “continuum of normality.”

Sadly, this waffling is likely to contribute to a continued rise in mental-illness diagnoses in the United States. Over the past two decades, American culture has made almost any deviation from a continual smiley face into a psychopathology, especially for children.

As recently as 1994, it was rare for any child or adolescent in the U.S. under 20 years of age to be diagnosed as bipolar. But by 2003, it was much more common. There was a 40-fold increase in the diagnosis of bipolar disorder among American children and teenagers just between 1994 and 2003, even though the official diagnostic criteria for bipolar disorder did not change one iota during that interval. Most of the new diagnoses were for children under 15 years of age.