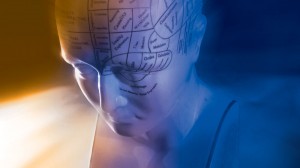 “Even at its best psychiatric diagnosis is fiction sold to the public as fact,” Gary Greenberg, author of The Book of Woe; The DSM and the Unmaking of Psychiatry

In the early 1970s, psychologist David Rosenhan set out to answer a simple question: Can psychiatrists tell the sane from the insane?

Rosenhan and seven other perfectly rational “pseudopatients” went to a dozen U.S. hospitals complaining that they were hearing voices. All but one were diagnosed with schizophrenia and sent to a psychiatric ward. Each had been warned by Rosenhan that, to get out, they would have to convince the psychiatric staff they weren’t insane. So, immediately after they were admitted, they stopped mimicking symptoms of “abnormality” and behaved as they normally would.

Still, they were kept in the hospital for periods ranging from seven to 52 days, each finally discharged with a diagnosis of schizophrenia, “in remission.”

The Rosenhan experiment sparked a crisis of confidence in psychiatric diagnosis, a crisis that appears to be playing out again today.

This time the catalyst is the newest and fifth edition of the official guidebook of psychiatry: the Diagnostic and Statistical Manual of Mental Disorders, or DSM-5. The encyclopedic tome has undergone its first major revision in nearly two decades and makes its official debut Saturday at the annual meeting of its publisher, the American Psychiatric Association.

The rewrite has been rocked by boycotts and the resignations of some of the very experts tapped to give advice, including the former head of the department of psychiatry at the University of British Columbia, John Livesley, who says he quit the DSM-5’s personality disorders work group over a “disregard for evidence.”

Thomas Insel, director of the U.S. Institute of Mental Health — essentially the country’s top psychiatrist — has announced that his agency is “re-orienting” its research away from the DSM over the book’s “lack of validity” while it pursues its own alternative diagnostic system, which Insel promises will be more firmly anchored in brain science.

The leaders of the DSM-5, such as Dr. David Kupfer, saying the book reflects the strongest means available today for cataloguing mental illness, and insisting that while genetic and other biological tests would be the ultimate holy grail of diagnosis, there’s no sign that such foolproof methods will be available anytime soon.

The public clash is making psychiatry look like “nonsense,” says Allen Frances, the man who led the task force that created the fourth edition of the DSM in 1994. “It’s bad for patients. This will discourage people who desperately need help from getting it.”

Frances has been the DSM-5’s most dogged and unapologetic critic. He says the book contains untested diagnoses on the “fuzzy boundary of normality” and that it recklessly lowers the thresholds for existing ones.

“I’m a strong believer in the value of psychiatric diagnosis and treatment when done well,” Frances says. “But it’s silly and harmful to be over-treating people who don’t need it, and tragic to be neglecting the needs of those who do.”

Psychotherapist Gary Greenberg is more blunt. “Even at its best … psychiatric diagnosis is fiction sold to the public as fact,” Greenberg writes in his new book, The Book of Woe: The DSM and the Unmasking of Psychiatry. “There is a huge disconnect between what psychiatry claims for itself, and what it can actually do.”

Canadian psychiatrist Joel Paris says that “no one really knows what a mental disorder is,” or how to clearly separate normal from abnormal. “It’s all very fuzzy.”

In other words, 200 years after psychiatry was recognized as a medical discipline, a stark question persists: Is psychiatry credible?

There is no doubt about the validity of psychological suffering. Mental illness, in its extreme, is undeniable. “With psychotic people, there’s very little argument,” says Paris, past chair of the psychiatry department at McGill University.

But our mental reactions to the smaller pieces of daily tragedy are more complex, Paris says. When does the sadness from a breakup become depression? When does normal human experience become somehow “sick”?

“You can diagnose almost anybody with the DSM, and unfortunately this is happening, with a lot of over-diagnosis going on clinically,” Paris says. “A lot of people are being given stimulants because they don’t pay attention, and mood stabilizers because they’re moody and antipsychotics for almost everything these days.”

In fact, there are no valid definitions for many of the conditions so neatly laid out in the DSM, Paris and others argue, and no laboratory test exists that can confirm a diagnosis in psychiatry. Despite growing research into the convolutions and folds of the human brain, the science is revealing more about normal brain functioning than any kind of “psychopathology,” or sickness, Frances says.