Note from CCHR: When even psychiatrists start using our campaigns, i.e. ‘childhood is not a mental disorder’, particularly one who is the former head of the DSM task force, we know we are making progress (see videos below). 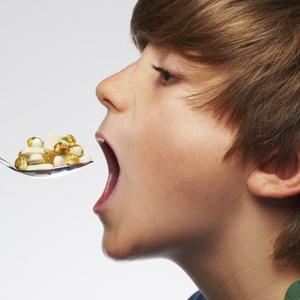 Do 1 in 5 NYC preteens really suffer a mental woe? A psychiatry expert argues we’re overdiagnosing —and overmedicating — our kids

Last week, The Post reported that more than 145,000 city children struggle with mental illness or other emotional problems. That estimate, courtesy of New York’s Health Department, equals an amazing 1 in 5 kids. Could that possibly be true?

There is nothing tougher in psychiatry than accurately diagnosing a mental disorder in a pre-teenager. It is so easy to make mistakes both ways — to miss problems that desperately need attention and to attend to problems that are better left alone.

Getting the right diagnosis and predicting its future course is especially difficult in kids because their symptoms have such a short track record and are often heavily influenced by transient factors like developmental differences: family, school and peer stress; and the use of drugs.

It usually takes a while before an illness declares itself — and often, it turns out that no diagnosis is necessary because the symptoms go away without intervention.

That said, there’s been a massive mislabeling of psychiatric diagnosis among children because of recent medical fads.

In the last 20 years, rates of attention deficit disorder have tripled, while autistic disorder and childhood bipolar disorder have each increased by a remarkable 40-fold.

Human nature just doesn’t change that quickly, but the labels follow fashion and can escalate dramatically without there being an actual increase in symptoms. Our kids haven’t suddenly become sicker, it’s just that diagnoses are applied to them more loosely.

Some of the broadening usefully captures missed cases, but there has been a big overshoot because of aggressive drug-company advertising. Once the adult market was saturated, pharmaceutical manufacturers turned their greedy attention to kids and began a sometimes illegal campaign to convince doctors, parents and teachers that every childhood problem is a mental disorder, the result of a chemical imbalance that requires a pill solution.

Medication use in children has skyrocketed — great news for the shareholders, but potentially quite dangerous for the children.

The biggest offenders are antipsychotic drugs, which cause an average 12-pound weight gain in just 12 weeks in kids who started out weighing 110 pounds. Childhood obesity is a strong predictor of diabetes, heart disease, and perhaps a shortened lifespan. The companies have been fined billions of dollars for marketing practices that especially impacted the most economically disadvantaged and socially vulnerable children.

Also of concern is the dramatic increase in the use of stimulants for treating attention deficit disorder. In 20 years, this has grown from a $70 million to a $7 billion market. Four percent of children use prescribed drugs, while 30% of college and 10% of high school students use illegally acquired pills for performance enhancement and recreation.

The diagnosis of ADD is being made with a careless indifference to developmental factors and individual diversity. A study recently showed that the best predictor of ADD was a birthday in January rather than December because the cut-off for grade assignment was January 1. How ridiculous to diagnose a mental disorder in the youngest kids in the class just because they are the least mature.

Another problem with overdiagnosis is that it can rob resources from the students with the most severe psychiatric, social and economic problems. These are the children who are most under-served and most likely to benefit. The pay-off in caring for them properly will be less current psychiatric and social pathology and a reduction of the risk that the kids will wind up markedly impaired or in prison in the future.

Parents and clinicians need to accept that there is no evidence to support the effectiveness of preventive psychiatry for children with mild or equivocal symptoms. There is considerable risk that well meaning but premature interventions can cause stigma and excessive medication treatment. Watchful waiting, simple advice, and reduction in stress are better than jumping in with inaccurate diagnosis and excessive treatment, whenever a diagnosis is in doubt.

Perhaps most troubling about all this is how it is changing the definition of normal behavior. Is a kid who is more interested in playing outside than sitting in a classroom suffering from ADD — or simply 7 years old? Is a child who slams his bedroom door and refuses to come to supper suffering from depression — or having a tantrum?

We should not medicalize the aches and pains of normal childhood.

Allen Frances, MD, was the chairperson of the task force for the fourth edition of the “Diagnostic and Statistical Manual of Mental Disorders.” His new book, “Saving Normal: An Insider’s Revolt Against Out-of-Control Psychiatric Diagnosis, DSM-5, Big Pharma, and the Medicalization of Ordinary Life” (William Morrow) is out in May.