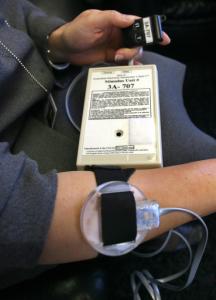 The press release below was just forwarded to me. New York City Councilmember Vincent Gentile is calling for students from the city (roughly 1/2 of the total) at the Judge Rotenberg Center (JRC) to be pulled from the school.

The JRC is facing other pressures, including losing medicaid funding for students in their care.

GENTILE CALLS ON CHANCELLOR TO REMOVE ALL NYC CHILDREN FROM CONTROVERSIAL SCHOOL ONCE AND FOR ALL CITY HALL – In light of recent developments, Councilman Vincent J. Gentile, a long-time advocate for New York’s most vulnerable, is calling on New York City Department of Education Chancellor Dennis M. Walcott to remove all New York children from the infamous Judge Rotenberg Center in Canton, Massachusetts once and for all. The Centers for Medicare & Medicaid Services (CMS) sent a letter to the Massachusetts Executive Office of Health and Human Services saying it would no longer allow federal Medicaid money to be used by anyone who lives at a facility that employs electric shock intervention, even if that person is not receiving the treatment themselves. Massachusetts has begun notifying the families of its students that they must either move to a new facility or unenroll from state benefits immediately.

“CMS made the right decision – no federal tax dollars should be going to an institution that uses these electric shock techniques on children. It’s time New York State and New York City to do the same – no city or state money should go to support an institution which subjects its students to these cruel and unusual forms of ‘behavior modification’. The Rotenberg Center in Massachusetts where 120 NYC developmentally disabled students currently attend, is in gross violation of the most fundamental standards of humane treatment of people with disabilities”, Councilman Gentile said. “With CMS pulling its funding, we are one step closer to shutting down Rotenberg once and for all.” As a New York State Senator, Councilman Gentile introduced legislation to mandate oversight and accountability when developmentally disabled students are sent out-of-state for education and treatment. Then, in late 2009, Councilman Gentile sponsored “Billy’s Law” which requires the Department of Education to provide the City Council with bi-annual reports monitoring all out-of-state residential facilities that house New York State children for specialized educational services – both pieces of legislation passed unanimously. “It is a sad fact that our City still sends children to this Center, and sadder still that it is our tax-payer dollars that fund about half of the children at this school,” Gentile wrote in a letter to Chancellor Walcott. “I know that with your leadership, we can finally remove our children from this barbaric facility. I am asking that you immediately develop a plan, if one does not already exist, to bring these students home and that you share it with my office and the New York City Council.” New York City Education officials have paid more than $13 million last year to treat 120 city kids at Judge Rotenberg Educational Center outside Boston, which until now was the only clinic in the country that uses electric shock treatments to discipline students.