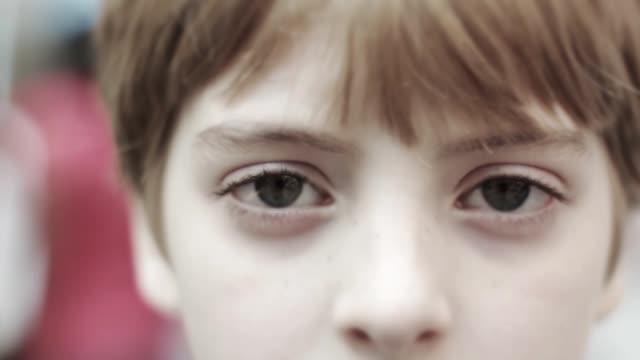 To understand even a little bit about real psychiatry, versus the false picture, you have to know that someone running around the streets naked and screaming has nothing to do with a mental disorder.

If you can’t grasp that, you’ll always have a lingering sense that psychiatry is on the right track. It isn’t, and never was. Not from its earliest days, and not now, when it has the full backing and force of the federal government behind it.

Psychiatry is the kind of all-out fraud few people grasp.

In a moment of weakness and exhaustion, Allen Frances, the most famous and honored psychiatrist in America at the time (2000), understood part of it. He told Gary Greenberg of Wired Magazine, “There is no definition of a mental disorder. It’s bullshit. I mean, you just can’t define it.”

This was an admission that the bible of the profession, the DSM, the latest edition of which Frances himself had led in compiling, could not draw separations between the 297 official mental disorders listed in it. It was, in other words, a pretense. The whole bible.

In a PBS Frontline episode, Does ADHD Exist?, Dr. Russell Barkley, an eminent professor of psychiatry and neurology at the University of Massachusetts Medical Center, spelled out the fraud even more clearly.

PBS FRONTLINE INTERVIEWER: Skeptics say that there’s no biological marker – that it [ADHD] is the one condition out there where there is no blood test, and that no one knows what causes it.

BARKLEY: That’s tremendously naive, and it shows a great deal of illiteracy about science and about the mental health professions. A disorder doesn’t have to have a blood test to be valid. If that were the case, all mental disorders would be invalid…There is no lab test for any mental disorder right now in our science. That doesn’t make them invalid. [Emphasis added]

Oh, indeed, that does make them invalid. Utterly and completely. All 297 mental disorders. They’re all hoaxes. Because there are no tests of any kind to back up the diagnosis.

You can sway and tap dance all you like and you won’t escape the noose around your neck. We are looking at a science that isn’t a science. That’s called fraud. Rank fraud.

But you see, we’re still left with the naked man who’s running around the street screaming. What is he? Doesn’t he have a mental disorder?

He does not, because the term “mental disorder” isn’t just a colloquial phrase, it’s a technical designation, and it underpins everything that psychiatry is. And there is no basis for its diagnosis. None.

Children are concocted as a prime target for early diagnosis of non-existent mental disorders, because in the past, a number of these children, diagnosed and drugged by psychiatrists, went on to kill people as a result of the drugs’ actions on their brains. That’s called irony. It’s also called a crime, in the very real sense that psychiatrists contributed mightily to the killings.

So now, every child in school who twitches the wrong way or picks up a bubble-gum toy shaped like a pistol, or points his finger at a friend and says Bang, or looks sad and lonely for ten minutes at the back of the class on a rainy Tuesday, or draws pictures when he should be adding numbers in his notebook, or wears odd clothes, or gets angry for any reason at all, or objects to taking a vaccine, or wears a jacket with a small American flag sewn to the shoulder, or doesn’t play well with others, or makes a positive statement in class about the Bill of Rights, or reminds a teacher of a little criminal in a movie, or has a bottle opener in his pocket, or dreams in class about designing a rocket that will take people to Mars…can be referred to a counselor, who in turn will refer him to a psychiatrist, who will make some sort of off-the-shelf diagnosis, which will travel with the child for the rest of his life, making the child believe he has a brain problem, and the psychiatrist will prescribe that child drugs like Ritalin, Adderall, Zoloft, Paxil, or Prozac, drugs that scramble neurotransmitter systems and can very certainly cause that child to go violent.

That is the reality.

When Obama announced his intention, in the wake of Sandy Hook, to go nuclear with expanded mental-health services across the country, the president of the American Psychiatric Association, Dr. Dilip Jeste, praised the program.

“I am strongly encouraged by the President’s recommendations because they include a focus on improving mental health,” Jeste said to a Psychiatric News reporter.

The Psychiatric News article continues: “A new initiative outlined by Obama would provide training for school personnel and help ensure that young people who need help are referred to treatment…[and this new program would] train 5,000 additional mental health professionals to serve students and young adults.”

What we are looking at here is wolves circling prey.

If you don’t think so, consider these hidden facts about Ritalin, which is normally considered to be a much lighter drug than any of the SSRI antidepressants (Prozac, Zoloft, Paxil) or the drugs given for so-called Bipolar Disorder (Valproate, Lithium).

Ritalin, manufactured by Novartis, is the close cousin to speed which is given to perhaps four million American schoolchildren for a condition called Attention Deficit Disorder (ADD), or ADHD (Attention Deficit Hyperactivity Disorder).

ADD and ADHD, for which no organic causes have ever been found, are touted as disease-conditions that afflict the young, causing hyperactivity, unmanageability, and learning problems. Of course, when you name a disorder or a syndrome and yet can find no single provable organic cause for it, you have nothing more than a loose collection of behaviors with an arbitrary title.

Correction: you also have a pharmaceutical bonanza.

Dr. Peter Breggin, referring to an official directory of psychiatric disorders, the DSM-III-R, writes that withdrawal from amphetamine-type drugs, including Ritalin, can cause “depression, anxiety, and irritability as well as sleep problems, fatigue, and agitation.” Breggin then remarks, “The individual may become suicidal in response to the depression.”

The well-known Goodman and Gilman’s The Pharmacological Basis of Therapeutics reveals a strange fact. It states that Ritalin is “structurally related to amphetamines … Its pharmacological properties are essentially the same as those of the amphetamines.” In other words, the only clear difference is legality. And the effects, in layman’s terms, are obvious. You take speed and after awhile, sooner or later, you start crashing. You become agitated, irritable, paranoid, delusional, aggressive.

A firm and objective medical review needs to be done in all of the school shootings, to determine how many of the shooters were on, or had at one time been on, Ritalin.

Children are frequently medicated with this combination, and when we highlight such effects as aggression, psychosis, and emotional instability, it is obvious that the result is pointing toward the very real possibility of violence.

In 1986, The International Journal of the Addictions published a most important literature review by Richard Scarnati. It was called “An Outline of Hazardous Side Effects of Ritalin (Methylphenidate”) [v.21(7), pp. 837-841].

Scarnati listed over a hundred adverse affects of Ritalin and indexed published journal articles for each of these symptoms.

For every one of the following (selected and quoted verbatim) Ritalin effects then, there is at least one confirming source in the medical literature:

If psychiatrists are the wolves—and they are—and children are the sheep, then what do you call the parents who permit their children to be captured by these marauders?

Am I saying that “mental health,” as defined by organized psychiatry, and backed by the federal and state governments, is a vast criminal enterprise, rather than a science?

Yes, absolutely. I’m saying that because that’s what it is.