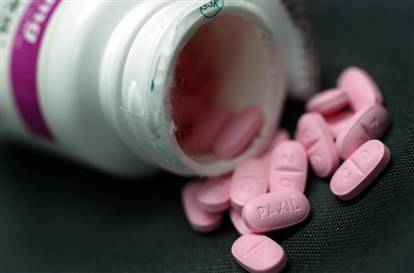 Click image to read all drug warnings, studies and side effects reported to the FDA on the antidepressant drug Paxil

GlaxoSmithKline, maker of the selective serotonin reuptake inhibitor Paxil, is mired in a class action lawsuit in Canada that alleges the antidepressant caused birth defects in children whose expectant mothers took the drug without the corporation’s adequate warning of the heightened risks. A British Columbia judge permitted the class action.

This is the sort of thing that cost the manufacturer legal and financial setbacks in the U.S. The corporation spent millions on legal defense and paid millions in compensation awarded in Paxil lawsuits based on similar causes of action. The pharmaceutical litigation team at Reich & Binstock represents Paxil victims. The damage to children and to families frankly defies description, but the recovery of damages, including exorbitant medical costs, is welcome relief. Reich & Binstock’s personal injury attorneys are proud and fulfilled to help victims receive the justice they deserve.

Apparently, the Canadian mothers took the drug before warnings existed about the heightened risks of Paxil birth defects, such as a rare heart and lung condition known as persistent pulmonary hypertension — risks that the manufacturer should have known and had a duty to provide. Certainly bewildered women of childbearing age, who were taking either Paxil or another SSRI for that matter, wish they had known.

Imagine how they felt when their newborns were diagnosed with serious heart and lung conditions and then they learned that they and their babies were unwitting Paxil casualties. Put yourself upon careful reflection in such a mother’s shoes for a moment, as best you can.

The U.S. Food and Drug Administration in July 2006 updated its prescribing information for Paxil and for other SSRIs, including, Celexa, Fluvoxamine, Lexapro, Prozac, Symbyax and Zoloft. Those medications are in the same boat, and thank goodness there is a judicial process to redress the injuries associated with taking those drugs.

The FDA’s safety alert was based on a study that showed “infants born to mothers who took selective serotonin reuptake inhibitors after the 20th week of pregnancy were 6 times more likely to have persistent pulmonary hypertension than infants born to mothers who did not take antidepressants during pregnancy. The background risk of a woman giving birth to an infant affected by PPHN in the general population is estimated to be about 1 to 2 infants per 1,000 live births. Neonatal PPHN is associated with significant morbidity and mortality.”