“Certainly, all of us who work for individual liberty should be grateful for Dr. Thomas Szasz’s contributions to the cause of freedom.”  —Ron Paul

HON. RON PAUL
OF TEXAS
IN THE HOUSE OF REPRESENTATIVES
Congressional Record 2012 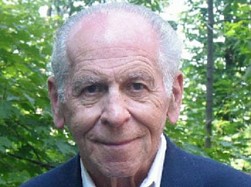 Mr. PAUL. Mr. Speaker, I ask unanimous consent to insert into the CONGRESSIONAL RECORD ‘‘The Man versus the Therapeutic State,’’ by Jacob Sullivan [sic] of Reason magazine. This piece pays tribute to Dr. Thomas Szasz, who passed away on September 8th of this year.

Dr. Szasz, a trained psychiatrist, was the leading opponent of what he labeled the ‘‘therapeutic state.’’ For over fifty years, in 35 books, and hundreds of articles, Dr. Szasz defended human liberty and dignity against modern psychiatry. Modern psychiatry, of course, insists that behaviors which deviate from some arbitrary norm serve as signs or symptoms of organic ‘‘mental illnesses’’ (although the physiological mechanisms never seem to be clearly identified, much less explained). Since ‘‘sick people’’ are incapable of controlling themselves, it is the responsibility of government to protect them by constraining their ability to make harmful choices.

This is the mentality that Dr. Szasz fought against so valiantly. By applying the philosophy of liberty to psychiatry, Dr. Szasz undermined the ‘‘individual as helpless victim’’ mentality that helps justify restrictors on personal liberty when it comes to drugs, fatty foods, sodas, pornography, gambling, etc. Dr. Szasz clearly understood, and predicated, the rise of the therapeutic nanny state.

No doubt Dr. Szasz could have enjoyed a successful career had he moderated his views or kept quiet instead of presenting a principled challenge to the psychiatric-government complex. But Dr. Szasz was one of those rare individuals who could not be silent when liberty was threatened. For his courage in speaking truth to power, Dr. Szasz was rewarded with ridicule and scorn from the gatekeepers of ‘‘respectable’’ opinion. However, Dr. Szasz did find a receptive audience among the ranks of the liberty movement, where he quickly earned a place as one of the movement’s most distinguished thinkers. With the recent growth of the liberty movement, I would not be surprised if Dr. Szasz’s influence becomes greater in the next several years.

Certainly, all of us who work for individual liberty should be grateful for Dr. Thomas Szasz’s contributions to the cause of freedom.

THE MAN VERSUS THE THERAPEUTIC STATE

The New York Times obituary for Thomas Szasz, who died this month at the age of 92, says his critique of psychiatry ‘‘had some merit in the 1950s . . . but not later on, when the field began developing more scientific approaches.’’ That’s a paraphrase of historian Edward Shorter, whose judgment reflects the conventional wisdom: Szasz called much-needed attention to psychiatric abuses early in his career but went too far by insisting on a fundamental distinction between actual, biological diseases and metaphorical diseases of the mind.

In fact, however, Szasz’s radicalism, which he combined with a sharp wit, a keen eye for obfuscating rhetoric, and an uncompromising dedication to individual freedom and responsibility, was one of his greatest strengths. Beginning with The Myth of Mental Illness in 1961 and continuing through 35 more books and hundreds of articles, the maverick psychiatrist, driven by a ‘‘passion against coercion,’’ zeroed in on the foundational fallacies underlying all manner of medicalized tyranny.

The idea that psychiatry became scientifically rigorous soon after Szasz first likened it to alchemy and astrology is hard to take seriously. After all, it was not until 1973 that the American Psychiatric Association (APA) stopped calling homosexuality a mental disorder.

More often, psychiatry has expanded its domain. Today it encompasses myriad sins and foibles, including smoking, overeating, gambling, shoplifting, sexual promiscuity, pederasty, rambunctiousness, inattentiveness, social awkwardness, anxiety, sadness, and political extremism. If it can be described, it can be diagnosed, but only if the APA says so. Asperger’s, for instance, will cease to exist when the fifth edition of the APA’s Diagnostic and Statistical Manual of Mental Disorders (DSM) comes out next year.

As Marcia Angell, former editor of The New England Journal of Medicine, observed last year in The New York Review of Books, ‘‘there are no objective signs or tests for mental illness—no lab data or MRI findings—and the boundaries between normal and abnormal are often unclear. That makes it possible to expand diagnostic boundaries or even create new diagnoses in ways that would be impossible, say, in a field like cardiology.’’ In other words, mental illnesses are whatever psychiatrists say they are.

How ‘‘scientific’’ is that? Not very. In a 2010 Wired interview, Allen Frances, lead editor of the current DSM, despaired that defining mental disorders is ‘‘bullshit.’’ In an online debate last month, he declared that ‘‘mental disorders most certainly are not diseases.’’

Then what exactly are they? For more than half a century, Szasz stubbornly highlighted the hazards of joining such a fuzzy, subjective concept with the force of law through involuntary treatment, the insanity defense, and other psychiatrically informed policies.

Consider ‘‘sexually violent predators,’’ who are convicted and imprisoned based on the premise that they could have restrained themselves but failed to do so, then committed to mental hospitals after completing their sentences based on the premise that they suffer from irresistible urges and therefore pose an intolerable threat to public safety. From a Szaszian perspective, this incoherent theory is a cover for what is really going on: the retroactive enhancement of duly imposed sentences by politicians who decided certain criminals were getting off too lightly—a policy so plainly contrary to due process and the rule of law that it had to be dressed up in quasi-medical, pseudoscientific justifications.

Szasz specialized in puncturing such pretensions. He relentlessly attacked the ‘‘therapeutic state,’’ the unhealthy alliance of medicine and government that blesses all sorts of unjustified limits on liberty, ranging from the mandatory prescription system to laws against suicide. My own work has been powerfully influenced by Szasz’s arguments against drug prohibition, especially his discussion of its symbolism and its reliance on a mistaken understanding of addiction, and his criticism of paternalistic interventions, such as New York Mayor Michael Bloomberg’s recently approved soda serving ceiling, that conflate private and public health.

I will always be grateful for Szasz’s courage and insight, and so should anyone who shares his passion against coercion.