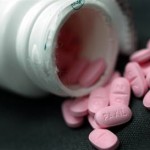 VANCOUVER – A British Columbia mother whose daughter was born with a hole in her heart after taking prescribed anti-depressants during pregnancy will lead a class-action lawsuit against a pharmaceutical giant.

A B.C. Supreme Court judge has ruled that representative plaintiff Faith Gibson can proceed with her lawsuit against the maker of Paxil, GlaxoSmithKline Inc., alleging the drug causes birth defects.

“We estimate there are more than 200 children across Canada who were born with cardiovascular defects because their mothers were on Paxil during pregnancy,” said David Klein, one of the lawyers representing Gibson.

“The information from GlaxoSmithKline was totally inadequate with respect to using the drug while pregnant.”

Gibson’s daughter, Meah Bartram, was born just two weeks before the company sent a letter to doctors in September 2005 warning that taking the drug during pregnancy could increase the chances of cardiovascular defects. 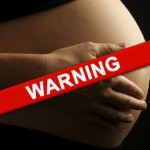 Click image for warnings/studies on antidepressants and birth defects

The cautionary letter cited early results of a study that found “ventricular septal defects” were possible in women who had taken Paxil during pregnancy. It suggested doctors heed that information when considering using it to treat pregnant women.

From the time the product was made available in Canada in 1993, it bore a generic product label that noted it should not be used during pregnancy “unless the potential benefit to the patient outweighs the possible risk factors.”

In winter 2006, the company amended the product label to much more thoroughly outline the potential problems that might arise.

“The plaintiffs allege that GSK knew or ought to have known of the risk before then,” says the court ruling released on Dec. 4.

Klein said that prior to the label change, there were reports of birth defects in smaller case studies, as well as in studies on similar products.

“It’s been known for decades,” he argued. “The warnings could have and should have been much stronger.”