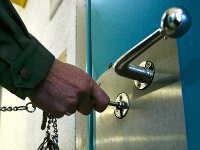 Psychiatrists are considered dregs even by their professional brethren-a fact that abets their disgraceful lack of devotion to what is supposed to be a humane profession.

American psychiatrists (A) incorporate themselves to avoid taxes; (B) have no compunction about skewering their clients with in-American-society highly stigmatic labels like “schizophrenic,” “paranoid schizophrenic,” and “psychotic depression”; (C) charge inflated fees, and, after devoting all of five or ten minutes to a patient, turn around and bill the insurance company for a thirty-minute session; (D) make their patients unnecessarily wait a long time in their office to see them, sometimes for as long as two or three hours without so much as a “sorry”; (E) are ignorant of many basic medical subjects, such as alternative and complementary medicine, nutrition, the history of medicine, vitamins and nutritional supplements, behavioral and cognitive therapy, milieu therapy, holistic medicine, social psychiatry and European medical innovations; (F) are devoid of compassion, including compassion for the welfare of their patients; (G) refuse to return the customary once-a-month phone call to disliked patients; (H) employ still the discredited, mind-destroying lobotomy, in the guise of the “leucotomy,” “orbital undercutting,” and “cingulotomy”; (I) automatically label “paranoid,” without any contradicting evidence, anyone who complains of harassment, despite the fact that in this Manichean world harassment is ubiquitous; (J) mindlessly refer to “DSM” (“Diagnostic and Statistical Manual,” published by the American Psychiatric Association in its latest bizarre edition), despite trenchant criticism of it as unscientific medical imperialism (there is an alternative to “DSM” in the “ICD”); (K) uncritically accept psychoanalytic quackery, crediting pseudoscientific Freudian imbecility, without any evidence, with having made important contributions to psychology and psychiatry; (L) look down on their patients as dirt, “pulgas,” as a sort of subhuman malingerers-an attitude that conditions their don’t-give-a-damn treatment; (M) employ more insurance billing clerks and debt-collectors than nurses; (N) constantly whine and complain about the cost of liability insurance and working with the fee-adjusting insurance industry but never about their own profiteering fees; and, finally (O) view free health clinics for the poor and impoverished as purgatory, and in fact there are none in the U.S. 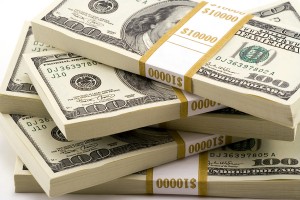 An overwhelming majority of medical school students, as professional polls have discovered, admit that they chose the field to make much money

An overwhelming majority of medical school students, as professional polls have discovered, admit that they chose the field to make much money. Considerable time in medical school is devoted to how to set up a physician practice, incorporating oneself, inflating the status of physicians, attacking vitamin therapy and rival self-help therapies, and maximizing profit. The practice leaves that much less time for learning anatomy, physiology, nutrition and the like. Spaces in medical schools are deliberately limited in order to minimize competition and ensure high incomes for physicians. The limitation has led to a serious shortage of doctors, who, victims of their own greed, now are given to the “Beklagung” that they are overworked. It is hence common to find lecture halls in medical schools where one-third or less of the seats are taken.

The status of the American M.D. is very high, as is his income. Surgeons make the most money, while certain specialties like psychiatry and pediatrics are at the bottom of the medical hierarchy. Somewhere in the middle are endocrinologists, hepatologists, ear-nose-throat doctors, immunologists, ophthalmologists, gastroenterologists, and so forth. Psychiatrists are considered dregs even by their professional brethren-a fact that abets their disgraceful lack of devotion to what is supposed to be a humane profession.

The tragicomic psychoanalysts (“depth psychology” charlatans) are actually marginalized in the U.S., despite the fact that Freud caught on nowhere so great as the States. The international headquarters of psychodynamic tomfoolery is New York City. American psychoanalysts must earn a regular M.D. or osteopathy license, since there is no accreditation for the mere study of Freud’s cocaine-intoxicated delusions. Psychoanalysis per se is as therapy singularly worthless. Not many psychiatrists practice the laughable art. American psychoanalysts constantly fight a rear-guard battle for occupational survival, claiming intellectual freedom and patient-choice rights. Fortunately, most Americans are skeptical of the nonempirical bogus “science.” Credat Judaeus Apella, non ego!

The lobotomy was popularized by a Portuguese miscreant named Egas Moniz, who received the 1949 Nobel Prize for his crimes. A 1972 psychiatric text blandly remarked “the treatment of chronic psychotic patients by frontal lobotomy spread throughout the world, and for a time was the treatment of choice in such cases.” Two famous American lobotomy victims were an actor, Warner Baxter, and, in 1941, Rosemary Kennedy (sister of President  Kennedy), at the behest of father Joseph Kennedy-the founder of the clan of arch heirs and heiresses-allegedly because he wanted to silence Rosemary after having had incestuous sex with her. In reality, the lobotomy is nontherapeutic and should be permanently outlawed as a crime against humanity.

The sociological purpose of American psychiatry is to detect deviance, apply a stigmatic label to deviants and proceed to punish them. See Thomas Szasz’ book, “Cruel Compassion: Psychiatric Control of Society’s Unwanted” (1994). There are doctors who tour the country trying in lectures, conferences and workshops to destigmatize emotional illness. Yet it is like attempting to drain the ocean through splashing, since the stigma, in a society that has a long appalling list of stigmas (the mortification of the aged, any dummy “slow on the uptake,” the “slanty eyes” of Chinese-Americans), is deeply culturally ingrained.