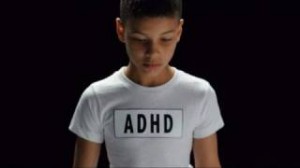 The ills of a generation—of today’s parents, schools and students—are reflected in an outrageous and heartbreaking story on the front page of today’s New York Times.

Alan Schwarz writes of how doctors are using medications as de facto educational reform — giving ADHD medications to low-income students, not because they have the disorder, but because they are struggling in schools that can’t teach them properly.

“I don’t have a whole lot of choice,” he quotes Dr. Michael Anderson, a pediatrician whose patients include many poor families in Cherokee County, north of Atlanta, as saying. “We’ve decided as a society that it’s too expensive to modify the kid’s environment. So we have to modify the kid.”

Modify the kid. Are you not incensed by that? How about this, then, from Dr. Ramesh Raghavan, who studies prescription drug use among low-income children at Washington University in St. Louis. Because “we as a society have been unwilling to invest in very effective nonpharmaceutical interventions for these children,” he tells Schwartz, “we are effectively forcing local community psychiatrists to use the only tool at their disposal, which is psychotropic medications.”

Or this, from Dr. Nancy Rappaport, a child psychiatrist in Cambridge, Mass., whose practice is primarily with lower-income children struggling in school: “We are using a chemical straitjacket.”

How did we get here?

It would be easier if there were a villan in this tale. Parents who want to beat the neighbors in the race for prestigious college stickerson the back of the Audi. Doctors who will prescribe anything just to keep parents happy and move onto the next appointment. Kids who refuse to just plain buckle down and concentrate the good old-fashioned way.

But these are parents with little or nothing grasping at the only something available to get their children educated in an underfunded classroom of 42 children. And these are doctors who have pledged to help children, but can’t prescribe them a better school. And the kids?

They are doing what they are told and taking their medicine.