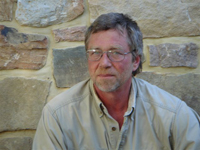 The man who exposed a drug maker’s fraudulent marketing of an antipsychotic drug that is still given to Texas’s foster care children has won the Taxpayers Against Fraud Education Fund’s Whistleblower of the Year Award.

Allen Jones was forced out of his job at the Pennsylvania Office of Inspector General’s Office after he questioned how the state adopted a Medicaid protocol that gave preferential treatment to Janssen Pharmaceutical’s drug Risperdal. The protocol, used in many states, was based on the Texas Medicaid Algorithm Project, which state investigations later revealed to be riddled with kickbacks, conflicts of interest, and bad science.  Janssen ultimately settled a lawsuit filed by the Texas Attorney General’s Office for $158 million.

Charles Siegel, a partner in the law firm representing Jones, stated in a press release, “We have represented and continue to represent some very exemplary and admirable relators. But we will never represent anyone more admirable than Allen.”