Psychiatry is not a science. Psychiatrists who believe otherwise are deluding themselves.

OPINION: I HAVE A PhD in science (in a non-medical field) that was based on the premise that progress is achieved by data-based proof. If I had a heart attack or a stroke my life would be in imminent danger to the extent that I would have no difficulty with the appropriate medical professionals acting in my best interests. This is because these are conditions that are easily empirically defined in ways that can very rarely be argued with.

However, this would not be the case if I found myself being involuntarily detained in a psychiatric hospital. Prof Aiden Corvin seems to think otherwise (Irish Times, July 31st). He argued that, “If you have a heart attack or stroke and are too incapacitated to consent, you will receive medical care using the ‘best interests’ principle. Many people with serious mental illness don’t believe that being admitted to hospital is in their best interest.”

The unstated assumption underlying this statement is that psychiatrists operate to the same standards as cardiac surgeons or stroke specialists.

This assumption is wishful thinking. Why? Because psychiatric diagnoses are based on the subjective interpretation of behaviour by third parties. A psychiatrist may be highly trained but their diagnosis is still subjective.

How often do they get it wrong? Unlike in most other areas of medicine, where misdiagnosis is taken seriously, nobody knows very much about the extent of it in psychiatry. It has been very poorly studied. 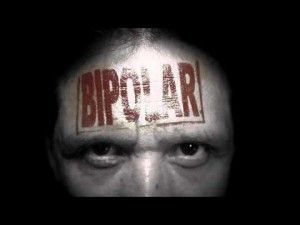 If I suffered a heart attack, lots of empirical data would be generated from an arsenal of equipment and this would largely inform the diagnosis and treatment.

Were I to survive it, I doubt very much that I would be anything other than eternally grateful to those who had saved me.

Imagine if, overnight, a third of the beds in cardiac or stroke units were closed? There would be an outcry. Heart attack and stroke victims would be left to die on the streets, in front of our eyes. Yet something very similar to this occurred in psychiatry in Ireland in 2006 and nobody blinked.

With the introduction of the Mental Health Act that year, involuntary detentions in psychiatric hospitals were reduced by a third. Our national body of psychiatrists was opposed to this legislation, but there is not a shred of evidence to show that patient outcomes were any worse because of it.

It can be inferred from this that, before the introduction of this law, at least a third of those who were incarcerated did not need to be.

Any suggestion that psychiatry is just like any other branch of medicine collapses when this is considered. And the argument that these decisions are always made in the patients’ best interests collapses with it.

Thankfully, I have never had a heart attack, or a stroke. But three years ago I was involuntarily detained in a psychiatric hospital in another jurisdiction, at the hands of mainstream psychiatrists.

My incarceration was by far the most barbaric, dehumanising and debasing experience of my life. The distress that caused this was hugely exacerbated by the experience, rather than relieved. This, it seems to me, was because those responsible for what I was subjected to believed that they were scientists.

Once there I became a faulty object in need of treatment. Not a cure. According to them I had an incurable “disease” that they, and they alone, were entrusted to “treat” – one that I would be afflicted with for the rest of my life, apparently in the same way as if I had suffered a heart attack or a stroke.

However, unlike any other established medical profession, they had no empirical test results to back this up with. Not a single one.

Even more extraordinary, compared to any other profession on earth, they could incarcerate me for as long as they deemed necessary until I agreed with their point of view.

To have done so would have broken my spirit, a not uncommon occurrence in psychiatric patients. After human beings become enmeshed in the mental health system many emerge as shadows. Luckily for me I escaped and got back home before this occurred.

I know what my heart is and, indeed, other organs in my body. But what exactly is the human spirit? What is the soul (psychiatry means the healing of the mind or soul)?

Great minds have considered these questions for millennia and we are still unable to define what these qualities are, even though they are so essential to defining what it is to be human.

The scientific method fails us when we enter these domains. It can, at best, only scratch the surface of these things.

This is why psychiatry is not a science. Psychiatrists who believe otherwise are deluding themselves.

The way forward is to recognise and acknowledge this. As consultant psychiatrist Dr Pat Bracken has pointed out (Irish Times, July 6th), it includes introducing far more checks and balances to protect patients.

Psychiatry has far too much power and we all know what that does. A good psychiatrist can be a life-saver, but bad ones are killers of that elusive, but core, quality of what it is to be human: the spirit. As a profession it needs to be knocked off its pedestal, reformed and humbled.

They have forgotten that the absence of evidence is not evidence of absence. Consequently, psychiatry has become desensitised, worshipping at the altar of science to the extent that it has lost its way and can treat people as mere faulty objects with chemically imbalanced brains.