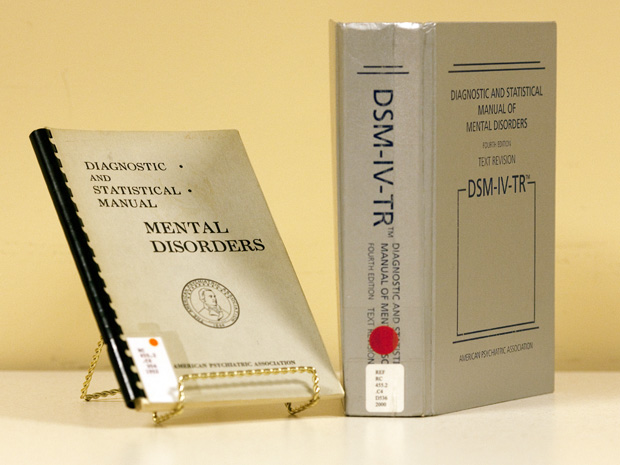 “Once again the armies of psychiatry are on the move, marching like imperial legions into unconquered territories of the human spirit”

The evidence is the fifth edition of the Diagnostic and Statistical Manual of Mental Disorders, known as DSM-5. It’s now in final draft, scheduled for release during the American Psychiatric Association annual meeting next May.

Authors of the various DSM editions appear anxious to demonstrate that just about every trace of emotional discomfort deserves professional attention. Sadness is being reclassified as sickness. The medicalization of everyday life is progressing with astonishing speed.

People not directly involved may view this with a light heart, as fresh intellectual confusion created by pretentious, over-confident experts. It’s more serious for patients. A medical label that’s invented by an ambitious theorist and carelessly applied by an untrained doctor can erode self-confidence. A diagnosis takes on a life of its own.

Habitually, the DSM volumes lead to over-diagnosing and over-prescribing. Grief, for instance, receives special DSM attention. Humanity traditionally regards sorrow as a part of life but in the DSM it indicates depression. In DSM-5, reactions to grief lasting longer than two weeks may be diagnosed as depression, perhaps requiring antidepressants.

Kenneth S. Kendler, a Virginia psychiatrist who serves on the DSM mood disorder committee, has answered criticism of the grief proposal — but answered it in a way that suggests he doesn’t understand the impact of what he’s doing. He says we needn’t worry that grieving individuals will be automatically treated as depressives. In psychiatry, watchful waiting is an important tool, and a psychiatrist with a patient who appears depressed after a bereavement will start with a careful diagnostic evaluation.

But DSM-5 will be used by many family doctors who have no time for watchful waiting and no training for a diagnostic evaluation. It’s been credibly estimated that in the U.S. about 80% of drugs for mood disorders are prescribed by non-psychiatrists, usually GPs.

In the current round of controversy, critics of DSM-5 have a surprising champion — Allen J. Frances, former head of psychiatry at Duke University.

He chaired DSM-4, the current edition, published in 1994. He admits it got out of control. Unjustified expansion of illness categories happened on his watch and he’s campaigning by speeches and blogs to get it right this time.

The case of Attention Deficit Hyperactivity Disorder (ADHD) is one of his concerns. Earlier versions of the DSM have encouraged excessive diagnosis, creating the appearance of an international epidemic of ADHD.

And now, Frances says, DSM-5 is about to lower the threshold for diagnosis, which means there will be still more kids given Ritalin and more articles about ungovernable, badly reared children.

Read the rest of the article here  http://fullcomment.nationalpost.com/2012/08/18/robert-fulford-feeding-the-illness-industry-machine-thanks-to-dsm5/