Print Save to bookmarks
The Huffington Post—July 24, 2012
by Dr. Peter Breggin, Reform Psychiatrist 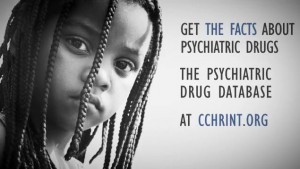 (click image to visit the psychiatric drug database) “The health professions would do far more good stopping the drugging of children than continuing or increasing it. Ethical professionals need to work toward removing children from psychiatric drugs.” – Dr. Peter Breggin

July 24, 2012 – Johnson & Johnson, the company that makes the antipsychotic drug Risperdal, has tentatively agreed to a settlement of $2.2 billion to resolve a federal investigation into the company’s marketing practices. Although details are not fully finalized, this includes “a roughly $400 million criminal fine for the illegal promotion of the antipsychotic Risperdal,” according to the Wall Street Journal. It’s been well documented that Johnson & Johnson confidentially paid psychiatrists such as Harvard’s Joseph Biederman to promote adult drugs such as the powerful antipsychotic drug Risperdal for children. The company has even ghost-written at least one of the Harvard professor’s “scientific” articles.

Another recent DOJ settlement with drug company GlaxoSmithKline resulted in Glaxo’s agreement to pay $3 billion in criminal and civil fines. As I wrote in an earlier Huffington Post blog:

In one of the most egregious examples of fraudulent marketing, “In the case of Paxil, prosecutors claim GlaxoSmithKline employed several tactics aimed at promoting the use of the drug in children, including helping to publish a medical journal article that misreported data from a clinical trial,” [according to the New York Times].

Glaxo manipulated and rewrote this study, which was rejected by the FDA for failing to show efficacy. The Glaxo rewrite made it appear as though the drug was useful for adolescent depression even though the FDA had not approved Paxil for adolescents. The company then got almost two dozen well-known researchers and “experts” to put their names on the article as if they had written it. 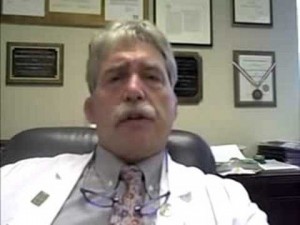 GlaxoSmithKline also secretly paid about $500,000 to psychiatrist Charles Nemeroff, while he was a professor at Emory University, to promote Paxil

GlaxoSmithKline also secretly paid about $500,000 to psychiatrist Charles Nemeroff, while he was a professor at Emory University, to promote Paxil. Glaxo even ghostwrote a psychopharmacology textbook for family doctors, who write many prescriptions for children, which was “coauthored” by Nemeroff and psychiatrist Alan Schatzberg. Nemeroff was sanctioned for failing to report the Glaxo payments he received while at Emory. But he’s landed on his feet running, now chairing the psychiatry department at the Miller School of Medicine at the University of Miami.

None of these drug-company-bought psychiatrists has suffered serious consequences. Biederman remains a star at Harvard and Nemeroff recently received a new $2 million federal grant from the National Institute of Mental Health. These influential psychiatrists are just two out of many doctors who have been investigated for extensive financial relationships with drug companies.

Meanwhile, the DOJ has now enforced a total of $8.9 billion in criminal and civil fines against GlaxoSmithKline, Pfizer, Eli Lilly, and Johnson & Johnson.

Drug-company marketing has bought rich rewards, as reflected in the increasing numbers of children and youth diagnosed with attention deficit hyperactivity disorder and other psychiatric problems. According to the Centers for Disease Control (CDC), 12.3 percent of boys and 5.5 percent of girls age 5-17 were diagnosed with the disorder in 2009. With the rates growing especially rapidly in the older children, considerably more than 12.3 percent of older boys are given this diagnosis, which almost inevitably leads to treatment with stimulant drugs such as Ritalin, Concerta, Focalin, Dexedrine and Adderall. Given estimates of 2.8 million children taking stimulants for ADHD in 2008, the number is now well over three million and rising. 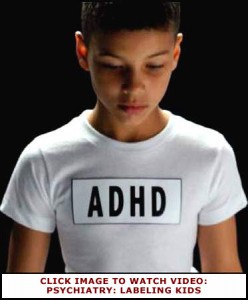 “Drug-company marketing has bought rich rewards, as reflected in the increasing numbers of children and youth diagnosed with attention deficit hyperactivity disorder and other psychiatric problems.” – Dr. Peter Breggin

Last year, the American Academy of Pediatrics overrode FDA drug guidelines and advised that children as young as 4 could be diagnosed with ADHD and treated with stimulants. This will surely increase the numbers of younger children psychiatrically diagnosed and medicated with other drugs as well. In our professional experience, children given stimulants may become the targets of additional drugs as their conditions worsen due to the stimulants. Stimulants have been the entering wedge into the widespread psychiatric drugging of America’s children. Once the door was opened, nearly all the other psychiatric drugs came rushing in.

Keep in mind that the more than three million children on psychiatric drugs are for only one class of medication — stimulants for ADHD. Large numbers of other children are being put on highly dangerous adult antipsychotic drugs, antidepressants, and mood stabilizers, often to treat so-called “childhood bipolar disorder.” Psychiatrist Biederman’s work “helped to fuel a controversial 40-fold increase from 1994 to 2003 in the diagnosis of pediatric bipolar disorder … and a rapid rise in the use of antipsychotic medicines in children,” according to the New York Times. Bipolar disorder, like most other psychiatric diagnoses for children, is linked to the greater use of various psychiatric drugs. No surprise that this is so, since as in the case of Joseph Biederman, the “top” researchers in child psychiatry are heavily funded by pharmaceutical companies.

It is our personal and professional opinion that most childhood psychiatric diagnoses have no scientific validity. ADHD, for example, is described and diagnosed by a collection of behaviors — inattention, impulsivity, and hyperactivity — that can be caused by innumerable factors including too high expectations for a child, confused parenting, family disintegration, racism and poverty, inadequate teaching, poor nutrition, bullying, and head injury. The diagnosis literally shuts down the search for the real causes, undermines effective parenting and teaching approaches, and guarantees that the child will be medicated.

As another example, oppositional defiant disorder (ODD) merely describes a child who displays anger. In the words of the Diagnostic and Statistical Manual of Mental Disorders, Fourth Edition, ODD involves “A pattern of negativistic, hostile, and defiant behavior lasting at least six months.” The top three “symptoms” are “(1) often loses temper, (2) often argues with adults, and (3) often actively defies or refuses to comply with adults’ requests or rules.” That’s not a disease in a child, it’s a sign that something has gone haywire in the child’s life and is not being remedied.

My most recent review of the scientific literature in Psychiatric Drug Withdrawal concludes that stimulants, antidepressants and antipsychotic drugs are very harmful to the brain. With increasing millions of children being placed on drugs that can harm normal development of the child’s brain and mind, and substitute for proper teaching and parenting, it’s time to change emphasis. As a society, we need to resist the quick fix that does more harm than good, and to stand up against the massive drugging of children.

The health professions would do far more good stopping the drugging of children than continuing or increasing it. Ethical professionals need to work toward removing children from psychiatric drugs.

The health professions would make a major contribution to the wide-scale health of children not only by curtailing psychiatric drugging, but also by offering the opportunity for parents to withdraw their children from these psychoactive substances.

Peter R. Breggin, MD is a psychiatrist in private practice in Ithaca, New York, and the cofounder with his wife Ginger Breggin of the Center for the Study of Empathic Therapy. He is the author of dozens of scientific articles and more than twenty books. His latest book is Psychiatric Drug Withdrawal: A Guide for Prescribers, Therapists, Patients and Their Families. It is based on a Person-Centered Collaborative Approach to psychiatric treatment with the focus on psychiatric drug withdrawal. It also describes many of the most severe adverse effects of psychiatric drugs that require drug withdrawal.

Ginger Breggin, in addition to cofounding and managing the Center for the Study of Empathic Therapy, has coauthored books with her husband, contributes to their mutual research projects, and blogs independently on The Huffington Post.