“Basically, a big group of grey-haired psychiatrists have been getting together to decide what qualifies someone as being mentally ill.” 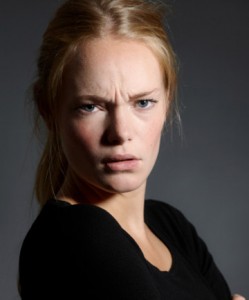 GOING MENTAL: Psychiatrists are looking at redefining PMS as a mental illness.

You know how sometimes you just go a little bit crazy when you have your period? Well, it turns out PMS is about to become a mental illness.

Madness is currently undergoing a redesign, with the Diagnostic and Statistical Manual of Mental Disorders, often called the ‘Psychiatrist’s Bible’ being updated.

Basically, a big group of grey-haired psychiatrists have been getting together to decide what qualifies someone as being mentally ill.

There are a whole heap of proposed changes that have the potential to change how we think about our bodies and behaviours. Rape is set to become a mental disorder, and wanting to have sex all the time is being considered for inclusion.

And people who are attracted to pubescent children (rather than prepubescent) will get their own mental illness (hebephilia). Someone ought to let the fashion photographers and catalogue planners know.

So-called Premenstrual Dysphoric Disorder (PMDD) has been listed as a condition warranting further study for a while now, but it looks like the powers that be are graduating it to a full-grown mental illness.

Allen Frances is a respected US psychiatrist who led the creation of the current edition of the manual. He has become a fierce critic of the proposed changes because he believes it is medicalising normal behaviours.

A lot of women experience symptoms when they have their period, but does that make them mentally ill and in need of treatment (in particular, in need of antidepressants)?

Frances worries those fuzzy edges on the boundaries of normal are about to become a whole lot fuzzier, and while drug companies might end up getting a lot more cash it’s not going to do a whole lot of good for anyone else.

But Nada Stotland, a former president of the American Psychiatric Association (the body that creates the manual), sees something even deeper at work when it comes to this particular diagnosis.

In turning really bad PMS into PMDD she argues we will further embed a cultural stereotype that says men’s bad moods or grumpiness are reasonable expressions of their feelings but when women are grumpy it must be PMS, unrelated to their life circumstances.

This is a shortened version of her argument made in a Psychiatric Times podcastthat is worth listening to in full:

“My feeling is that having this diagnosis in the DSM would be bad for women. Most Americans believe that the menstrual cycle causes deleterious changes in women’s mood and behaviour…. [and] they reflexively attribute all such behaviour to the menstrual cycle. Well women in our society still bear a disproportionate share of domestic and dependent care responsibilities, society provides little support and little respect for those responsibilities, women are still paid les for the same work, women are grossly underrepresented in positions of leadership and authority but at the same time women are expected to be pleasant and compliant all the time the anger and irritation you could expect given the situation I’ve described are not accepted, as men’s anger and irritation are, so when depression ensures or irritability erupts women therefore need an excuse and PMS fits the bill.”

Perhaps your hormones do make you feel a lot more emotional than usual, but isn’t it generally about things that bother you anyway? And while some women do have really terrible symptoms, is there really enough evidence to show that some are suffering from a mental illness while others just have plain ol’ PMS? And does this justify creating a diagnosis that has the potential to re-enforce cultural stereotypes as well as increasing unnecessary medication use?

Stotland doesn’t think so, and neither do I.   But then again, maybe I’m just PMSing.