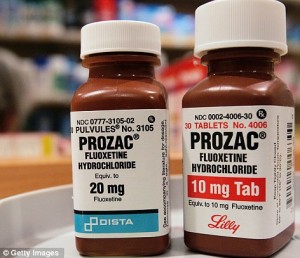 A placebo effect: People feel better on anti depressants largely because their problems are medicalised and they are free from responsibility for sorting out their own lives

Adding exercise to conventional treatment for depression – antidepressant drugs and Cognitive Behaviour Therapy – does not improve the outcome. So says the National Institute for Health in an NHS funded research study published in The British Medical Journal.

Nor would adding anything else once antidepressants are locked into the mood centres of the brain.

The prime purpose of prescribing antidepressants is to enable doctors to avoid being blamed for patients’ suicides. However, the effectiveness of antidepressants in treating depression is only slightly greater than placebo (tablets that have no active ingredient).

If doctors do not follow the herd in prescribing drugs and CBT, they risk being blamed by coroners or by the General Medical Council when patients kill themselves.  If they do follow conventional practice, they will not be blamed. They will be said to have done the best they could do. And if so-called ‘antidepressants’ actually increase the risk of suicide, nobody would ever know. The patients die but the prescribing doctors can sleep easy.

In my rehab I treated over five thousand in-patients who had tried to ‘treat’ their own sense of desperate inner emptiness with alcohol or recreational drugs or food or gambling or all sorts of things. These ‘treatments’ worked for a time but then the effects wore off so they used them again. In time they became dependent upon these mood-altering substances and processes. When they tried to give them up they developed a crashing depression again.

That does not mean that these ‘treatments’ should be continued, with or without other therapies being added in. It means that something entirely different, such as the Twelve Step programme first formulated by Alcoholics Anonymous, should be tried.

Exactly the same principle applies to the most pernicious of all ‘designer’ drugs – antidepressants.

Of course some people feel better on them. This is largely a placebo effect: they feel better when their problems are medicalised and they are free from responsibility for sorting out their own lives. They may have been overwhelmed by personal problems and by an incapacity to get their heads focussed upon anything other than misery.