DETROIT (WXYZ) – The 7 Action News Investigators were the first to expose how a local court wasn’t following the law when it came to removing children from their homes.

Now one of Michigan’s Congressmen is calling on the Department of Justice to investigate the state’s Child Protective Services system.

Representative Hansen Clarke says the most important thing he can do as a member of Congress is protect families in Michigan.

“The most important right, constitutionally and God-given right we have is to be able to raise our children. So that’s why I’m going to the attorney general right now to see how we can keep our families together,”  Rep. Hansen Clarke, (D) 13th District, told 7 Action News Investigator Heather Catallo.

Rep. Clarke is asking the Attorney General of the United States to investigate the treatment of African American children and families by Michigan’s Department of Human Services, which oversees Child Protective Services.

7 Action News has been investigating DHS for years, and we were the first to expose that Wayne County’s Juvenile Court wasn’t following the law when CPS workers  would bring in petitions to take children from their parents because of alleged abuse or neglect.

“I knew the system was broken, but I didn’t know it was this broken, where anyone, literally anyone could come and take your child,” said Maryanne Godboldo, who’s 13-year-old daughter was taken temporarily by CPS last year. 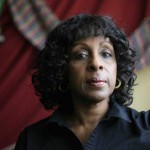 Testimony under oath in the Godboldo case revealed that probation officers inside the court would routinely stamp Presiding Juvenile Court Judge Leslie Kim Smith’s name onto the removal orders.  By law, a judge must review the CPS workers allegations of abuse, and then sign the order.

After we reported on the rubber stamping that legal experts say is against the law – the court stopped doing it.  But we still asked the court and DHS to tell us how long it had been going on, and how many children were taken from their parents illegally.  Judge Smith was not interested in answering our questions.

“But it was your name on those removal orders – why was this allowed to happen in your court,” asked Catallo.

“Are you going to talk to us or not,” asked Catallo.

Now Congressman Clarke is asking questions of his own.  Clarke sent a letter Attorney General Eric Holder, saying “My office has received complaints from individuals and community groups alleging that CPS is removing African American children from their parents in an arbitrary and discriminatory manner.”

“I want to make sure that every parent is able to raise their child, regardless of their color, regardless of how much money they make – we shouldn’t be penalizing women because they’re struggling financially by taking away their children – that’s outrageous!!!! And Look at the harm it’s done to the child,” said Rep. Clarke.