Print Save to bookmarks
By Chris Burrell
The Patriot Ledger 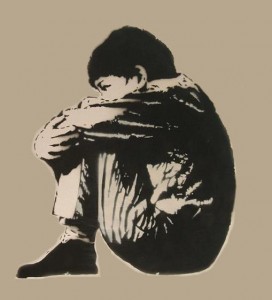 Following a year in the cross-hairs of state officials critical of its controversial electric-shock methods, the Judge Rotenberg Educational Center in Canton is on the defensive again, this time fighting off a civil lawsuit in Norfolk Superior Court that has quickly attracted national and international media coverage.

Television news outlets aired disturbing video footage from 2002, shown at trial, of a teenage boy pinned down by four staffers at the center and shrieking in pain as shocks are administered.

That boy, Andre McCollins, is now 26, and his mother, Cheryl McCollins of Brooklyn, N.Y., is the plaintiff in the negligence lawsuit against the Rotenberg Center and three of its psychologists. The lawsuit says that in 2002 Andre received 30 electric shocks over a seven-hour period while he was also restrained face-down.

“Other children were removed from the room and Andre continued to receive GED (Graduated Electronic Decelerator) shocks for tense-ups and screams,” the lawsuit states. As a result, the suit contends, Andre suffered permanent physical injuries and serious reversal of his psychiatric well-being.

Friday marked the fourth day of the trial, which is expected to last through next Friday with 168 potential witnesses named by both sides.

The trial and the emotional video footage shown this week have reawakened longtime critics and supporters of the Canton-based residential school and treatment program for young people with severe behavior problems.

The Rotenberg Center is believed to be the only school in the country that uses electrical shocks as aversive therapy to modify behavior.

The trial in Dedham comes a year after both the Massachusetts governor and attorney general took decisive steps to remove the founder and director of the school, and regulate the center, where many students wear backpacks containing a device called a Graduated Electronic Decelerator that connects to straps around an arm or leg. The device can deliver a two-second, surface-level shock meant to control serious mental disorders such as self-mutilation and aggression, the school says.

In court Friday, David M. O’Connor, a lawyer defending the Rotenberg Center, questioned Cheryl McCollins, trying to convince the 12-person jury that the mother knew what she was getting into with electric-shock therapy when she sent her son to the center.

“Did they explain this program before you signed the consent?” O’Connor asked.

“Yes,” McCollins said, “but they leave a lot of pertinent information out.”

McCollins’ lawsuit claims that her son received an electrical shock for aggressive behavior on a bus ride back to the school on Oct. 25, 2002, and was also restrained as he was taken into a new classroom.

When the restraints were removed a half-hour later, Andre was told by his teacher to remove his jacket but he refused and was given another shock. The lawsuit says he fell to the ground and was restrained and shocked 30 times on his torso, arms and legs from 8:55 a.m. to 4:20 p.m., “without a restroom break (or) fluids.”

A longtime critic of the Rotenberg Center, state Sen. Brian A. Joyce, D-Milton, said Thursday that he welcomed the new publicity generated by the trial and especially the emotional video footage of Andre McCollins’ treatment that day, which was recorded by the center.

“To say it’s incredibly disturbing is an understatement,” he said. “On the other hand, I am frankly elated that the world is now getting to see what’s going on in this house of horrors.”

Read the rest of the story here: http://www.patriotledger.com/topstories/x668518880/Rotenberg-Center-bashed-in-testimony#ixzz1sEEVz6oh