“It’s like the emperor has no clothes and people are starting to see this” — Robert Hedaya, MD 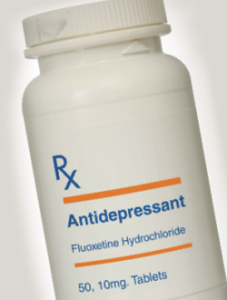 Studies finding antidepressants no more effective than placebo—Add to this cycle the serious health risks associated with antidepressant use and it is inevitable that the craze for antidepressants will end, he says. “It’s like the emperor has no clothes and people are starting to see this,” he said.

Controversial studies may have an impact

Watchers of a February broadcast of “60 Minutes” may have been stunned to learn that studies have been conducted that seem to prove that antidepressants, on the whole, are no more effective than placebo.

This revelation about antidepressants – among the top-selling and top-prescribed drugs in the United States – may have been new news to some, but the studies conducted by Irving Kirsch, PhD, and colleagues, have been raising eyebrows and garnering attention since 1998. Which begs the question, have Kirsch’s studies had any impact on the sales of antidepressants and/or on the prescribing patterns of doctors?

IMS Health’s data shows that total dollars from antidepressant sales have declined since 2006 and the number of dispensed prescriptions has grown. Last fall, the Centers for Disease Control and Prevention released numbers finding that antidepressant use grew by 400 percent from 2005 to 2008. The CDC says about 11 percent of people in the United States take them.

So it seems that Kirsch’s studies on antidepressants and placebo have had little impact, if any, on the market, which comes as no surprise to some, including Kirsch.

“I think part of the problem is, many years ago psychiatrists used to do psychotherapy,” said Kirsch, associate director of the Program in Placebo Studies and the Therapeutic Encounter at Harvard Medical School. “One of the things that’s happened over the last few decades is that has decreased more and more and more so that psychiatry has become the profession of managing drugs.”

Tim Dannehy, a former pharmacist turned health coach, couldn’t agree more. “The drug companies are so influential on physicians, that I bet you half of the physicians ignored the story because they need a pill to give to people,” he said.

“If you take the drugs away, there’s no answer for these physicians,” he continued. “What are they going to do? The old days of sitting down with somebody and talking with them for an hour and trying to figure out what the source of their sleep problem is or the source of their depression, that’s gone. Now it’s just a 10 to 15 minute office visit and ‘I’ll write your prescription’ because that’s the only answer they have now.”

Trends in psychiatry, such as using antidepressants to treat depression, are cyclical, says Robert Hedaya, MD, founder of the National Center for Whole Psychiatry. While it may not look like Kirsch’s studies are having any impact, they are part of that historical cycle. “Every 50 years or so there’s development of new techniques, which people get really excited about and studies support and then about halfway through the cycle, questions arise and then towards the end of the cycle everyone says ‘Oh, it doesn’t quite work’ and then by around that time someone else says ‘Oh, but we’ve got this thing and the studies are great.’ And then people get excited, they make money on it and we go through the whole cycle again.”

Add to this cycle the serious health risks associated with antidepressant use and it is inevitable that the craze for antidepressants will end, he says. “It’s like the emperor has no clothes and people are starting to see this,” he said.