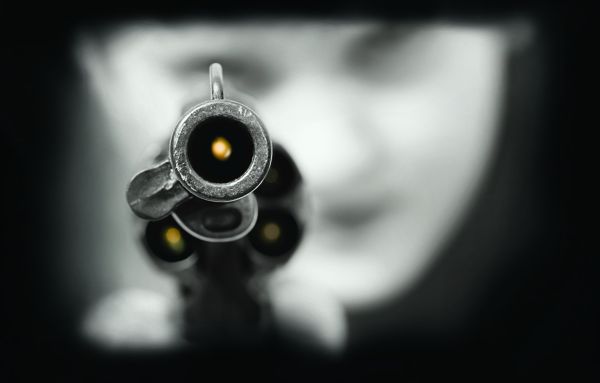 The notations included complaints about various doctors and what Mr. Shick characterized as their misdiagnoses of his ailments. But Mr. Shick’s ire was particularly centered on a UPMC internal medicine physician who appeared to have treated Mr. Shick, sources said. Mr. Shick and the doctor lived in the same apartment building, the sources said, and they had argued. The doctor could not be reached for comment, so the Pittsburgh Post-Gazette is not identifying him.

Mr. Shick, 30, who killed one person and wounded five others in Western Psych’s first floor before University of Pittsburgh police fatally shot him, had the night before the carnage asked someone in his apartment building to call an ambulance. He vomited in the lobby before being taken to UPMC Presbyterian. There, he complained of having worms in his bowels.

Previously, residents of his apartment said, Mr. Shick sometimes left yellow Post-Its on his door that said, “Now cleaning up vomit of pancreatitis. Please do not disturb.”

Mr. Shick also ranted in his writings about the evils of “corporate America,” sources said, and had a gas mask and a biohazard suit in the apartment.

Executives at the Sterling Land Co., which owns the Royal York Apartments, said in a letter delivered to tenants last week that they “had no knowledge of John Shick’s health problems.” They said Mr. Shick moved to the apartment last July. In a second letter sent to residents this week, they advised “worried, upset or grieving” tenants to seek counseling via the re:solve Crisis Network in the East End.

Pittsburgh police Cmdr. Thomas Stangrecki said he had no comment on what investigators found in the apartment and no further update on the investigation into Mr. Shick’s motivation in the attacks.

Neither he nor UPMC officials would say if Mr. Shick had been a patient at Western Psych. But Karl E. Williams, the Allegheny County medical examiner, said Tuesday that as part of his investigation he had obtained a court order compelling UPMC hospitals, including Western Psych, to provide any medical records for Mr. Shick it may have.

Paul Wood, spokesman for UPMC, said Tuesday he knew nothing about such a court order being served on the institution.

“In order for everything to be purely correct, legally correct, the [medical examiner] has to request a subpoena and it has to be ordered by the court and then we supply any records we have on that person,” Mr. Wood said. “We look forward to cooperating with law enforcement.”

Mr. Wood said UPMC’s legal understanding of the federal privacy law is that it cannot confirm or deny that someone has been a patient or received any care at one of its hospitals — even after that person has died.

In another development, a surveillance video from a Rite Aid Pharmacy at 209 Atwood St. in Oakland obtained by WTAE-TV shows a man that appears to be Mr. Shick shopping at the store about an hour before the shootings. On Tuesday afternoon, an employee said she had seen Mr. Shick in the store at least once in the past two weeks, but she declined to comment further.

Cmdr. Stangrecki said he could not confirm if the man was Mr. Shick, but police had formally requested the surveillance video from Rite Aid.

Read the rest of the article here:  http://www.post-gazette.com/stories/local/region/western-psych-shooters-flat-full-of-rants-medications-248336/?p=0